Visit Website
Visit Website
Overview
Reviews
Comparisons
Alternatives
Altaro VM Backup is a backup and replication solution for Hyper-V and VMware, built for MSPs and IT departments, that delivers: • Reliable, fast, fuss-free performance – Hassle-free and fast virtual machine backup, with the ability to take your first backup in less than 15 minutes. • Best storage savings in the industry – Lower storage requirements by over 65% with our Augmented Inline Deduplication technology • Minimal RPO and RTO – Significantly reduce Recovery Point Objective (RPO) and Recovery Time Objective (RTO) through replication and CDP, helping your users to recover their data as fast and as fully as possible when disaster strikes • Outstanding 24/7 support – Fast, effective and human tech expertise with live chat response in seconds and call response of less ...

Pricing varies depending on number of hosts, starting at €485 per host for one host using the standard edition. Contact Altaro for more information on pricing. 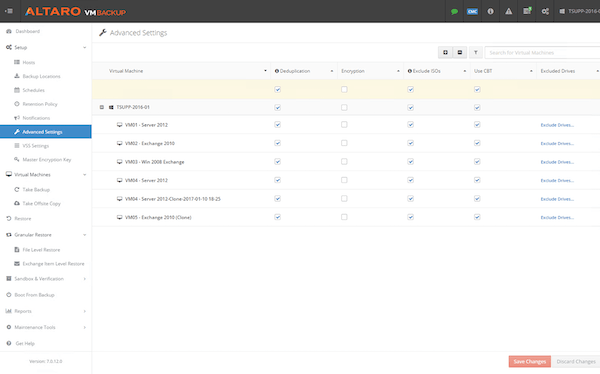 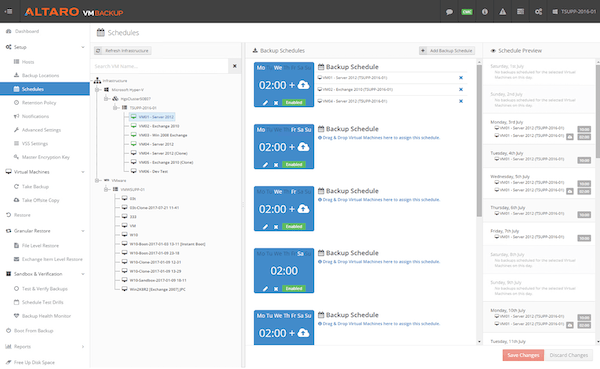 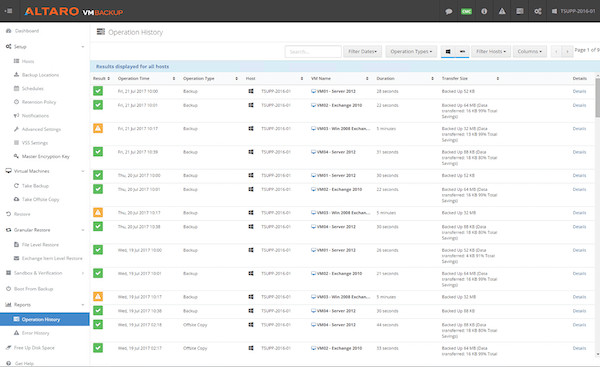 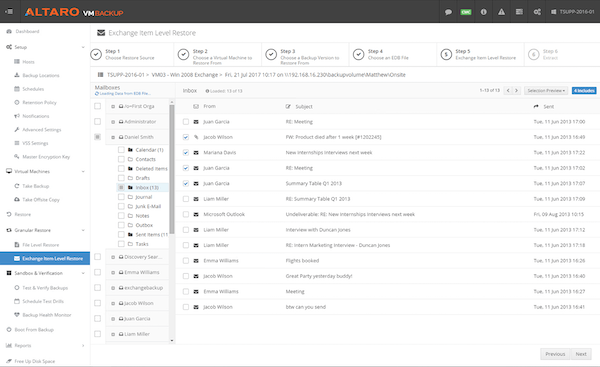 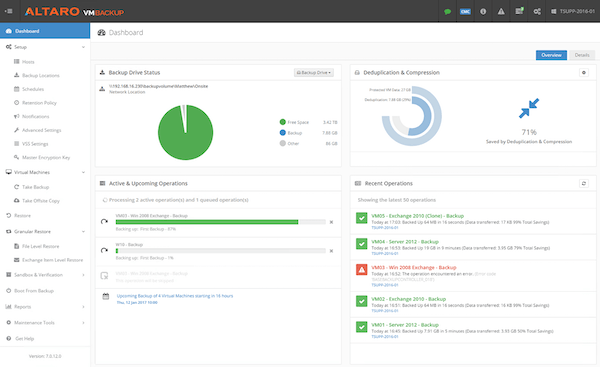 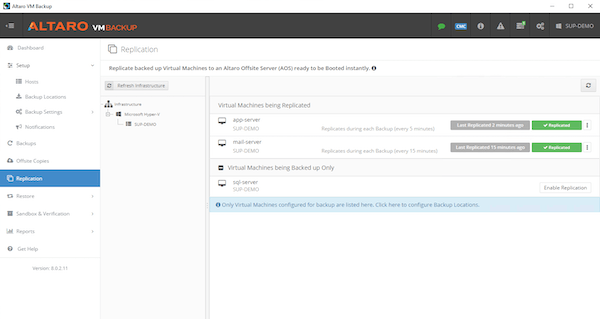 The ease of using and GUI is so user friendly that a person with minimum knowledge can easily deploy and use it.

To be honest I, dont see any see any thing as such. Since the team is contiuously working on developing some create features.

As i said ease of use and price point

The ease of use and teh price point. 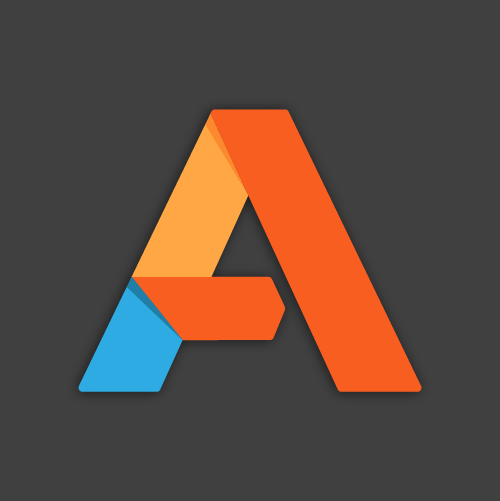 Thanks so much for your feedback. We appreciate it!

Veeam is the Cadillac of backups, and there are lots of Chevys that will get the job done but really make you work at it, but Altaro sits in the sweet spot of a great value with lots of features. I have deployed it at every client that runs VMs on Windows, and it has saved the day several times. Setup takes about five minutes, especially if you are using an attached target. Even complicated NAS-based backups with off-site copies (another great feature) can be set up in less than 30 minutes for every VM on a server.

The ability to schedule sandbox restores drew me to Altaro, but honestly, the few times that I have needed Tech Support (including one time on a holiday) it was outstanding. The quality of the support, the speed with which I can reach someone, and the genuine politeness of the staff make getting support painless. I also like the ability to do off-site copies of the backups. This work s great when I use a direct-attached targets like ioSafe drives and then replicate the backups to portable USB drives to go off site.

The software is amazingly full featured, but I would like to see the sandbox restore take a snapshot of the services snap-in on the restore once started, shut down the sandbox, delete the restored machine, and send me the image so that I know it worked. The first time you put in the license code it is a bit convoluted. This is nit picking.

Features versus price. Once I tested it the ease of use sealed the deal.

Overall a very good backup solution for a great price.

- Easy to deploy as an MSP - Support is more than excellent. Direct response and highly skilled technicians. - Easy of use

- More detailed error messaging - Endpoint backup to the VM Backup location. (This was promised in the early days of Altaro)

- At the time the MSP Model for Veeam was to expensive

it is ok but I would not reccomend it to anyone

to get to the most actual issue: when your backup reaches a certain point and gets too big altaro becomes almost useless. they told me there is no way to improve this situation. when the backup gets too large and you need to do it daily the health check cannot finnish within 24 hours and starts all over again instead of continuing or something. I think i will give Iperius or Uranium a try. This is unbearable. "we are working on version 9 - that one is going to be better" ... well yes , maybe... but since that one I will have to pay another 1000€ or something like the last time, it is just infuriating... not having a system work anywhere close to fine. Very high maintanence software. needy.

I cannot belive how SLOW this thing is. It has been a fight for years to make it run at some acceptable speeds. Painfully SLOW! no matter how good the harware is. It does not use the RAM/CPU/HARDDrives/NETWORK etc. fully. And noone can tell me why. I guess they have some crappy programming that throttels the threads or something. For example: it can do , when it works properly, a backup of like 10VMs with 3-4TB in like half a day. But it cannot finish a health check of the backup in less then 24 hours or resume the next day where it stopped. It starts all over again and never finishes. The drives have a RAID 10 Array and can do 500MB/S. yet the check barely challanges the drives. and then there is the issue with updates: half time I had to do a version update whithin the same big release, I had issues like: the backup got corrupted, or the settings got lost or similar. With help from the support team we could then solve some of the issues but then here we have the next problem: you have to renew the license to have access to support. which is fine BUT - when you renew after your old support has expired, you pay not from the day you buy support but rather from the day your old support expired -> RIPOFF! in my oppinion - they mess up the software with some small update inbetween and then you have to pay to resolve it. - one issue we solved ourselves and found out months later: your RAM on the Server NEEDS to be in DUAL CHANNEL or else Altaro will behave like absolute crap.

We were thinking about Veem but that was too steep in the pricing. Then someone told us about altaro. But that was a mistake. As soon as the license expires, changing to another software is inevitable.

We are sorry our product has not met your expectations. Version 9, set for release this year, will include enhancements that are specifically aimed at larger scale customers and data. We assure you that our SMA covers new product versions and support, as is standard across the entire market.

Altaro is a very reliable backup solution. If and when we have required support, the webchat function within the software is fantastic and the support guys are incredibly helpful

What I like most, is the wizard driven selections. Setting it up is super easy because of this. Even if you haven't used Altaro before, you will be up and running in no time.

we have fund previously that if a new version of Altaro is released, it creates a new folder for backups, which takes up more room on the media, as it keeps the previous backups as well as the new.

We felt that Veem was quite cumbersome to use, and Altaro was more straight forward.