Every year, Software Advice talks with hundreds of companies looking for the right software solutions for their organization. This provides us with unparalleled insight into the biggest needs and pain points of software buyers across a wide variety of industries.

To learn how the preference for on-premise versus cloud deployment has changed over the years, we recently analyzed our interactions with potential software buyers between 2008 and 2014.

It's important to note that smaller companies comprise a high percentage of our sample: 84 percent of buyers were from firms of 50 employees or fewer. As such, this report is intended to serve as a snapshot of deployment preferences for one segment of the market, rather than the market as whole. However, given that small businesses are helping drive the market for cloud-based products, this snapshot may provide valuable insight into larger trends.

Cloud Deployment Eclipses On-Premise Between 2008 to 2014

With cloud deployment, businesses forego installing software on local hardware, opting instead to subscribe to software that is hosted on remote third party servers and accessed via a Web browser. Cloud-based software tends to be less expensive outright than on-premise systems, and allows businesses to circumvent IT costs, such as hardware and support staff.

The low cost and ease of implementation have made cloud deployment a highly desirable delivery model in recent years. In 2013, Gartner predicted that cloud adoption would constitute the bulk of IT spending by 2016, and our analysis suggests this shift is well underway.

By 2014, however, the statistics are nearly the complete opposite. Among those with a preference, the vast majority of buyers (87 percent) requested cloud deployment, with just 13 percent of buyers asking to evaluate on-premise systems.

“In 2008, you weren’t running across many businesses that ran their entire enterprise through Web-based applications, whereas in 2014 that’s not unusual,” she explains.

A decade ago, Walker says her team had to coach clients about the benefits of cloud deployment, while in 2014 she sees business owners leading the charge, asking for cloud deployment and mobile applications as a matter of course. Walker cites improved bandwidth infrastructure and lower pricing as two major reasons why the shift in preference has been so dramatic.

The preference for cloud deployment, on the other hand, has risen gradually; from 10 percent in 2008 to 32 percent in 2014, growing between 2 and 7 percent each year. The exception is 2011, when growth declined slightly before continuing to rise again each year from 2012 to 2014.

According to Max Dufour, technology and strategy advisor to the global venture capital firm General Atlantic, while the shift from on-premise to cloud-based software can be advantageous for any business, this holds especially true for small businesses.

Many larger firms can still justify the cost of on-premise IT infrastructure. But for small firms, Dufour says, this infrastructure would likely be a costly and underutilized resource.

“There are huge benefits in not owning the infrastructure and not being responsible for most of the security,” he says.

More Buyers Have No Deployment Preference

In the years since then, however, the percentage of buyers without a preference has risen significantly. In 2010, undetermined buyers became the majority, making up 47 percent of all buyers. In that same year, by comparison, 31 percent of buyers preferred on-premise deployment, while 21 percent preferred Web-based. Between 2011 and 2014, the percentage of undetermined buyers appears to have stabilized, remaining between 60 to 65 percent.

There are many reasons why a buyer may not specify deployment preference when evaluating software. There may be concerns over security, for example, or their current system may be on-premise, leading them to seek a new system with the same deployment model.

Moreover, buyers may have varied levels of knowledge about cloud deployment, and thus may indicate they are "not determined" simply because they don't have enough information to make a decision one way or another.

It’s also important to note that many buyers categorized as “not determined” simply do not indicate a preference in our conversation with them. It is difficult to say, therefore, whether these buyers are indeed undecided, simply uninformed about their options or do in fact have a preference, but choose not to reveal it.

When we dug deeper into the comments buyers made about deployment, however, there were a few common themes that emerged on why they were split between the two options. One was a lack of consensus among business leaders in their organization.

For example, an office manager at a medical practice said she was “pushing for Web-based” software, even though the practice had purchased an “expensive new server” and the main doctor preferred an on-premise system. Indeed, recent hardware purchases were often cited as a consideration for leaning towards an on-premise option.

Uncertainty about which deployment factor would be most cost-effective was also a driving factor behind buyer’s lack of preference. One small business employee, for example, said their firm was “leaning towards on-premise deployment because they feel owning software is more cost effective.” Others expressed the opposite view. One buyer, for example, said they “were initially only open to on-premise, then decided to consider both when they found out how much on-premise systems can cost.”

Finally, a common view expressed among “not determined” buyers was that, while they were leaning towards one deployment model or the other, they wanted to evaluate all options. One buyer, for example, said he/she “likes the idea for web-based deployment, but isn't married to either option.”

Dufour says the focus of a business has a big effect on whether or not Web-based deployment is an attractive option. Construction firms, for example, generally have less data to store and process, and fewer customer interactions to monitor. As such, the anywhere, anytime access to data that cloud solutions provide is less of a priority, resulting in lower adoption rates.

The demand for cloud deployment is notably increasing in other markets as well, especially human resources (HR). In 2011, 31 percent of HR buyers preferred cloud solutions, rising to 59 percent in 2012 and then 77 percent 2012, before dropping slightly to 73 percent in 2013. (Note: 2011 is the first year for which data on HR software buyers' deployment preference was analyzed for this report.)

This increasing preference may have to do with the new ways companies now recruit job candidates today—such as recruiting via social media channels—together with the widespread availability of cloud-based applicant tracking systems.

Not surprisingly, customer relationship management (CRM) buyers are also among those with an increasing preference for cloud deployment. Earlier this year, Gartner predicted that cloud revenue for CRM will account for 49 percent of the CRM market in 2014, announcing that “cloud-based CRM deployments currently represent more than 40 percent of all CRM deployments, and look set to reach 50 percent during 2015.”

Our findings align with this prediction: 37 percent of CRM buyers in our sample preferred cloud-based systems in 2011, rising to 43 and 53 percent in 2012 and 2013, respectively. In 2014, our numbers are actually slightly higher than Gartner’s prediction, with 62 percent of CRM buyers desiring cloud deployment. (Note: 2011 is the first year for which data on CRM software buyers' deployment preference was analyzed for this report.)

According to Dufour, companies that evaluate CRM software typically handle much higher volumes of data. As such, the advantages of cloud deployment, such as the ability to access contacts from mobile devices and easily customize applications, are especially attractive to these firms.

It’s also notable that buyers in the CRM market were less likely to be undetermined in their deployment preference. While 57 percent of CRM buyers were “not determined” in 2011, by 2014 this number drops to 37 percent; far below the average for all of our buyers.

Software Advice regularly speaks with organizations seeking new software for a variety of industries and applications. To create this report, we evaluated phone interactions with buyers across all industries that occurred from 2008 to present. It’s important to note that this sample represents only those companies that contacted Software Advice, and therefore is not necessarily indicative of buyer preferences in the market as a whole. It’s also important to note that the data sets within each market may vary slightly, which may limit our ability to compare trends between markets. 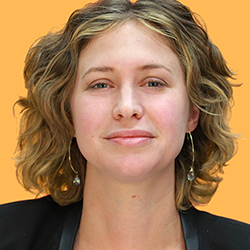