PriceDemo
PriceDemo
Product Overview
User Reviews
Alternatives
Benchmark Estimating Software is a construction and estimation solution. The software can be deployed either on-premise or in the cloud and offers native mobile apps for Android and iOS devices. Main features include a project explorer, a drag-and-drop interface and custom reporting. Benchmark Estimating offers a localization feature that automatically picks data display formats based on selected regions. Users can add project specific notes to estimation reports and these reports can be printed or exported to Microsoft Word or Excel. The solution allows users to create partial estimate reports for review on the basis of individual sections or selected items in a project. Multiple graphs can also be generated for sales and marketing analysis based on profits a...
Read more
Close 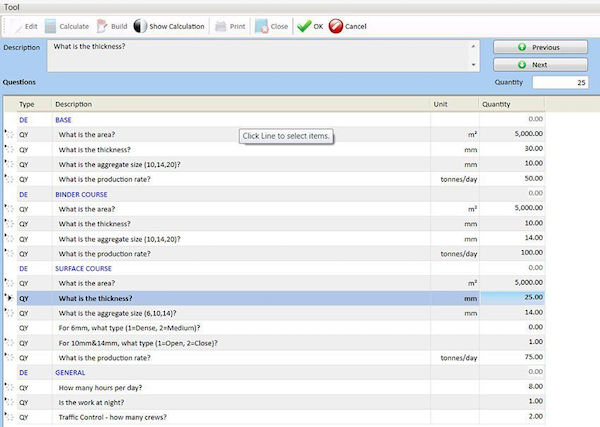 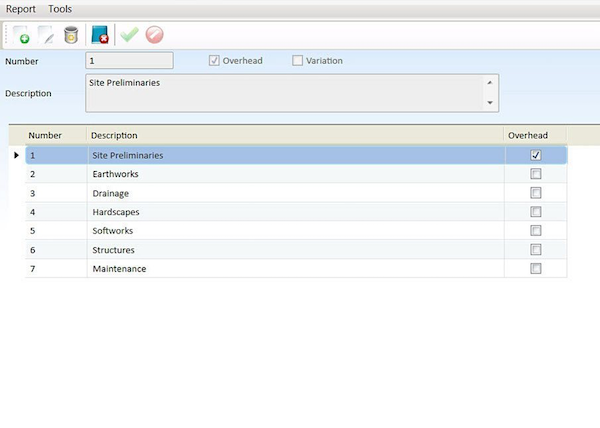 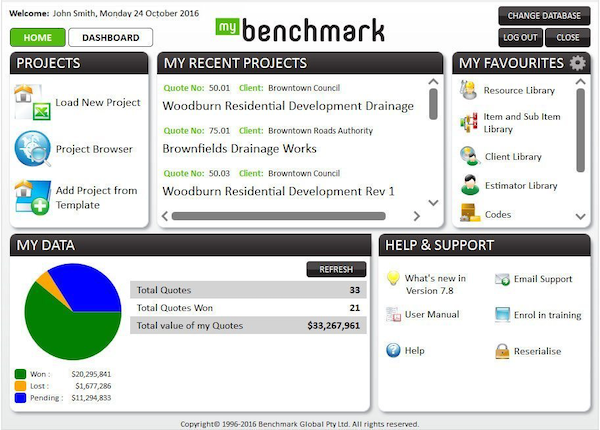 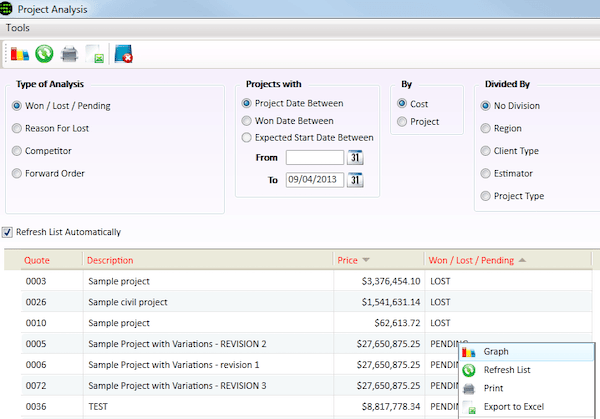 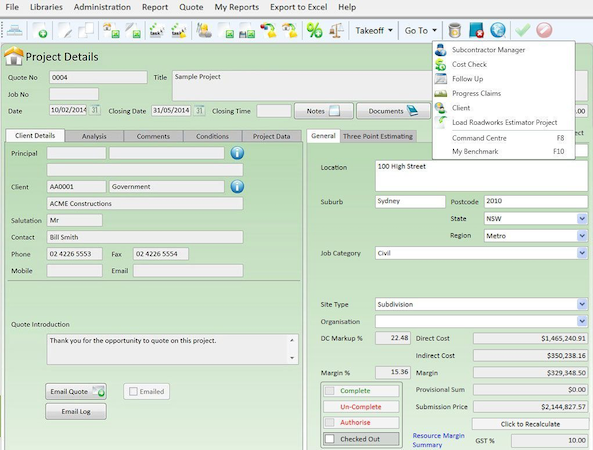 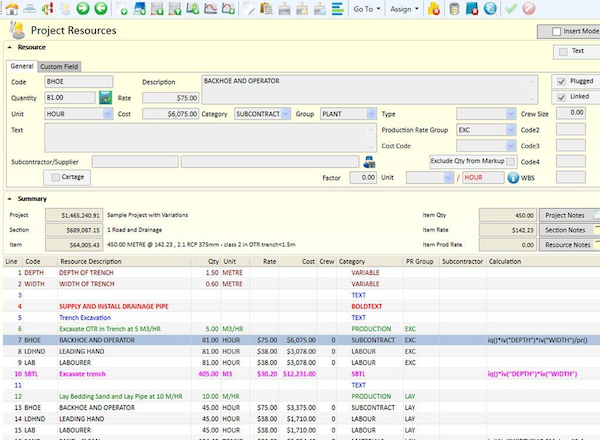 It's a great quotation generator, it comes with a "progress claims" feature which I have come to love and it is a flexible software that allows me to import some of my most important spreadsheet templates with ease.

Out of the 3 versions that were available, (Lite/Professional/Corporate) the Pro series was significant for my needs. It caters for a multitude of businesses that I run so that was a huge bonus for me. I have to say that the support I got from the Benchmark team was beneficial to such an extent, that I became way more confident with my ability to use the software in a short span of time. Kudos to them for that.

It is a bit of an uphill battle to get acquainted with the user interface if you've never dealt with software like this before, and that was were I was coming from.

I had never heard of this software before until one of my work colleagues from a company I used to work for suggested it to me. I gave it a shot and haven't looked back ever since.

Started using this in 1999 - tried the others as well, but came back to Benchmark - it's so simple to use the Resources and Item libraries to quickly set up and price a set BOQ/SOR or make up your own from the library items.

How simple it is - and how the software does the adding and subtotalling for you - no messy hand typed calculation lines.

Some of the standard reports need a good tweaking.

Wish we picked another software.

Customer support is the worst, even when there are bugs with their own software. Some of the processes are more complicated than needed. Being hosted on the cloud means you can't access your filesystem easily. The whole software is a blackbox where you don't know how/why it does certain things, and some features will be locked for no reason. Eg there is a Custom Reports feature but its severely dumbed down where you can't export every field that you need.

Easy to Use and Great Support

I have been using Benchmark since 1997 and from the beginning have found it very easy to use. It has evolved over the years through constant development to be very comprehensive estimating software. Benchmark has saved me significant time while improving accuracy and consistency. Navigating through an estimate to review and revise production rates, crew composition and quantity calculations etc. is fast and simple. Anyone considering purchasing estimating software, should seriously consider Benchmark Estimating Software.

Composite items, variables and the overall ease of navigation within an active project or browsing for previous projects

I have used a few estimating programs. Benchmark is definitely the best to use. Easy setup and change as you want to change things along the way. Would like to work and see how to utilise the program in full, with a entity that really uses the program to it's full potential.

User friendly. Easy to setup and build as you progress.

The excel reports is sometimes not very "edit" friendly