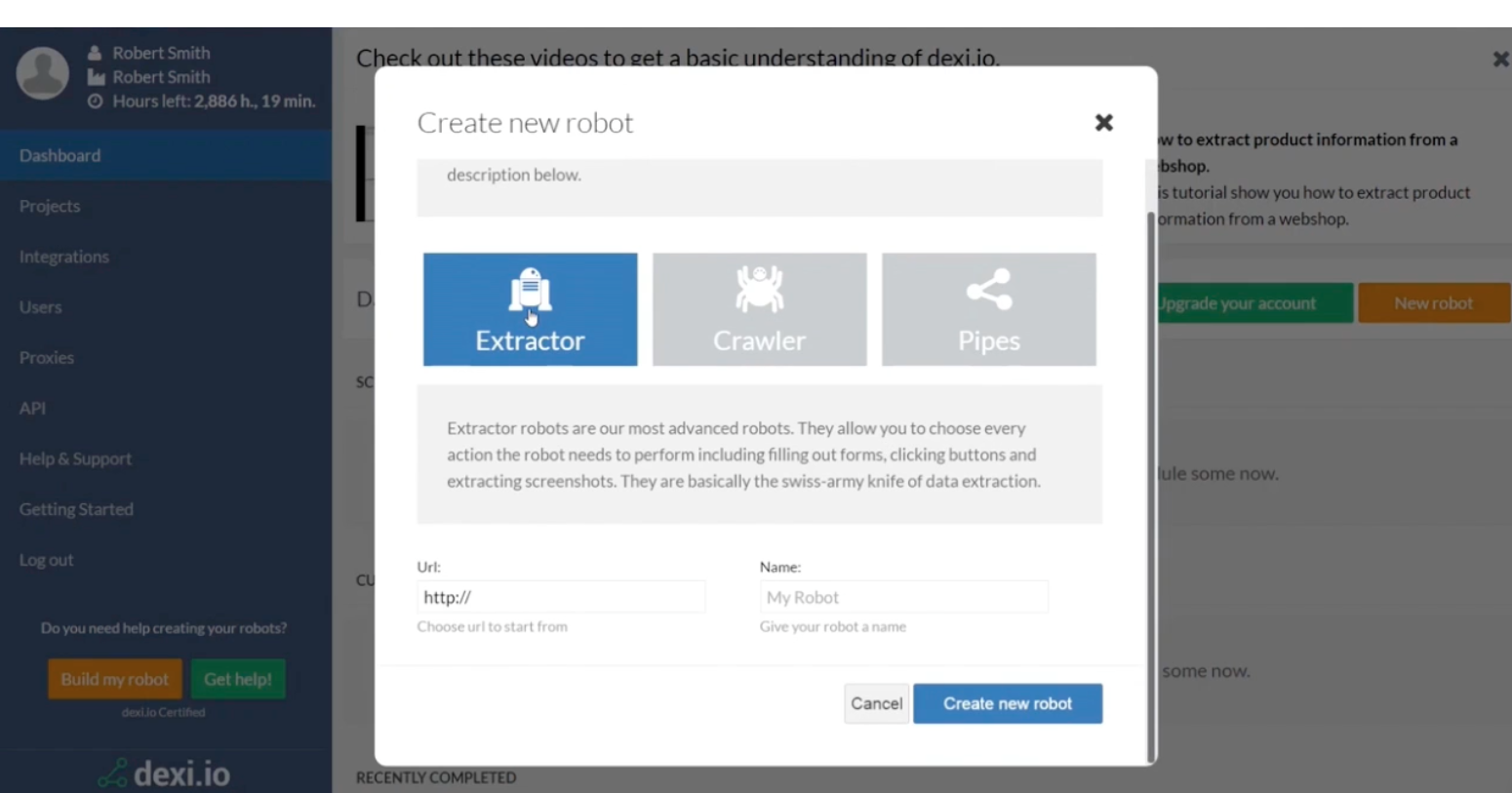 Flexible tool! Really cool. Loved what I learned and am still using them.

Love how easy it is to get started and how it's connected to an API out of the box. It's as easy as click and accept.

It's pretty complicated to understand flow but they're support is great. Sometimes the bots are annoying to debug.

* The visual editor makes web automation accessible to people who aren't familiar with coding. * All web automation "robots" that you build are run by Dexi, you won't have to set up a server/scheduler by yourself. * Support for many 3rd party services (captcha solvers, cloud storage, etc) which you can easily integrate into your robots. Web automation is far from as simple as people think. I have plenty of experience working with various automation frameworks (Selenium, mostly), so I'm well aware of how difficult these things can be at times. So I'm rather impressed with what the Dexi team has managed to put together here. While the support team can be a bit slow to respond at times (and this is coming from someone on the priciest account tier), they definitely know their stuff. Any problems you encounter in Dexi can usually be solved by them, though the time it takes for said solution varies a lot (anything from one day to over a month). It's not a perfect service, but it's constantly being improved, and I'm excited to see what an awesome product Dexi will be in the future. For now, it definitely meets the minimum requirements that one would expect from a web automation framework.

* Lacks some advanced functionality that you'd find in other automation frameworks. * The "Dexi" browser has many quirks that you have to account for when building robots it is by no means 1:1 with a common browser like Chrome. * Documentation could be a lot better. * API endpoints are a bit lacking. * Various UI annoyances, especially in the robot editor. The robot editor in Dexi is both a blessing and a curse. If you're not used to working with web automation, you'll find it a lot more useful than having to write code, but if you're well-versed in Selenium for example, you'll definitely experience some frustration at times. Dexi has an API, which is good and all, but there's many things that could be done via their API that there's no support for right now. For example, retrieving artefacts from a failed execution (logs, screenshots). There's also the fact that your bots aren't being executed in "normal" browser, but rather Dexi's custom browser. This means that actions you can perform with no problem in your own web browser may not work the same way when you try them out in a Dexi robot. And if you do encounter this, and there's no other way to execute the action you're trying to perform, you're completely out of luck, and have to contact the Dexi support team for assistance. I realize that my usage of this software is probably a bit more advanced than the average user, so these complaints may not apply to your use case. Dexi is, overall, a good service.

Not what was promised

Overall, the product wasn't the right fit for our needs. What is worse than that is that when I asked for a refund after our specific needs couldn't be met, I was met with silence. After three emails to the team and a voicemail, I have still not received a response. Even if this software is right for your needs, I would avoid them due to the unresponsiveness. The customer service was really disappointing here. I was promised a service for a specific set of data, it was unable to be fulfilled, and the team went silent when I requested a reasonable refund.

I was excited about a solution that was going to be easy to learn, and grateful to get some help setting up the first couple of scrapes from the Dexi team.

Unfortunately, Dexi was not able to handle the two websites I provided. First in our demo call I was told the websites were complex and would need a little extra time to get right. Then, after 2 weeks of the Dexi team working on the scrape we still weren't getting half of what was actually on the website. Even when the Dexi expert set it up, the scraping was still very incomplete. I had chosen Dexi because of it's good reputation, and I was assured our needs would be no problem. Neither was the case.

After researching many different software tools, and testing several, I found Dexi.io is the only one that could achieve everything I needed. It has a modular interface that's incredibly adaptable to building out just about any custom tool (or tools) a user may need. As I'm personally not a programmer, and have never had an aptitude for SQL, what Dexi offers is right within my comfort zone. Yes, there are advanced features and capabilities to the tool that go well beyond my understanding. In that sense, I'm driving the Lamborgini at 30 miles per hour. However, Dexi gets me where I need to go, while for others I'm sure it can do a whole lot more. I would encourage anyone considering the software to do what I did, and give the free trial a spin. Definitely watch a couple tutorial videos on the site or YouTube, and that will help get you going. There is also an online knowledge base covering just about every relevant topic. Lastly, I've found the technicians at Dexi are very helpful in answering questions, and have quickly gotten me "unstuck" in the rare instances I found myself circling the drain. Overall, I give Dexi.io top marks. A++ and can't recommend enough.

I honestly don't have any major issues with the software.

The website is really great. if you are a beginner in scraping and web crawling, this is the tool that will convert you from Zero to Hero in scraping and crawling. great for beginners and experts. Pros: - Easy to use GUI - Integration with Amazon S3 -- Box -- DropBox -- (S)FTP -- Google Drive -- Web Hooks - Formats: CSV (.csv) -- JSON (.json) -- Excel `97 (.xls) -- Excel XML 2003 (.xls) -- Excel Spreadsheet (.xlsx) -- XML (.xml) - Run executions on schedules. - Free account will give you: Robots: (Unlimited) Users: (Unlimited) Run time: 24 hours Requests: (Unlimited) Page visits: (Unlimited) Traffic: (Unlimited) - They also have a great customer support. Cons: - Help and support page on the site don't cover everything. waiting for a better documentations.

Hi Youssef. Thank you very much and thank you for an honest review. We have taking your comment on documentation onboard and made some improvements. Kind regards, Jacob Laurvigen