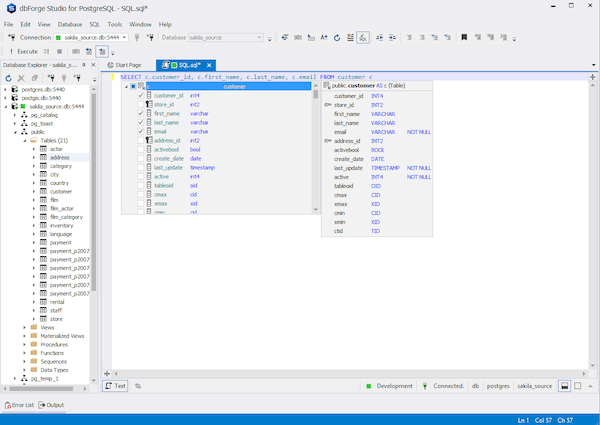 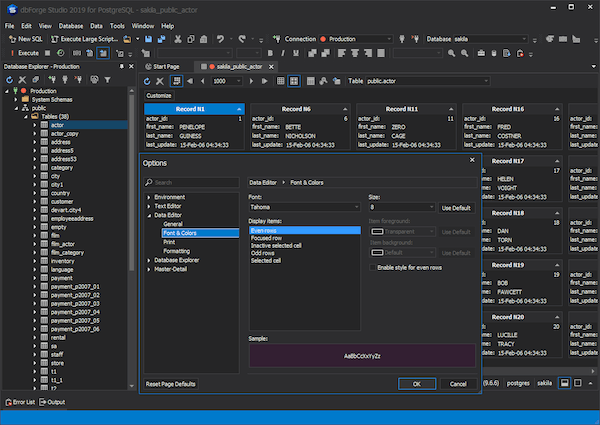 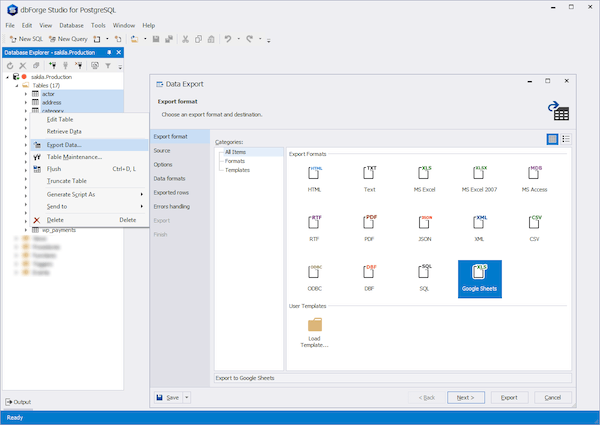 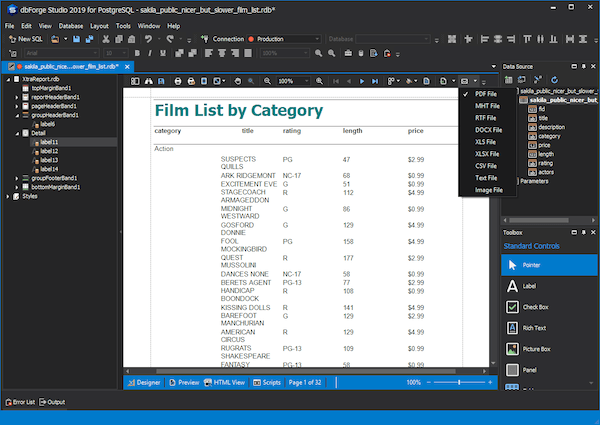 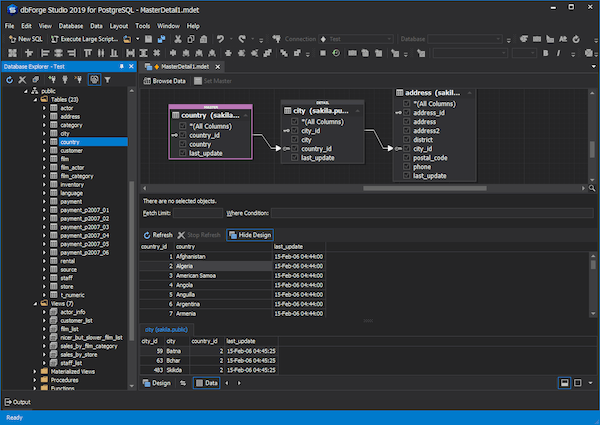 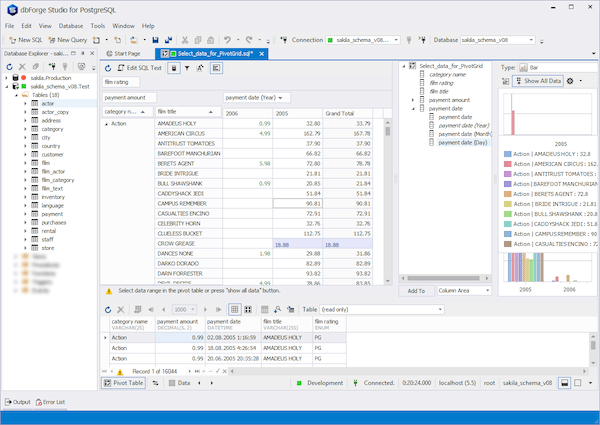 Can't do without it

I'm using dbForge on a daily basis and to be frank, I can't do my job without it. When I'm on a server without it, I install at least the express edition because the way dbForge supports writing queries is unmatched.

It's a one stop tool for my database tasks

Sometimes it crashes when I accidentally press F10

dbForge is completer, more robust and more affordable. But above all, dbForge is more intuitive

So, for the record I'm an MSSQL guy from way back, and SSMS is my friend. I've been using it forever, and I think it's perhaps one of the best free pieces of software on the planet given what you can do with it. I like MSSQL/SSMS so much, and I'm so stubborn, that I stupidly connect to MSSQL when I am doing PHP pages. I took on a new client recently, and they are a MySQL shop, so I had to find a tool where the learning curve wouldn't waste a lot of my time. I have used the MSSQL version of dbForge Studio in the past, so when I realized they offered a MySQL version, I decided to give it a try. For me, dbForge Studio for MySQL is easily the closest in terms of look and feel to SSMS. I was able to install, connect to the sandbox they gave me, and dive right in. I was a little embarrassed about my lack of MySQL skills, so in about 30 seconds dbForge Studio was able to copy my sandbox DB over to a local MySQL server I set up so that I could play around with it and learn the nuances of MySQL over MSSQL. I ended up liking MySQL/dbForge Studio so much that I'm going to use MySQL as my go-to database technology on my projects going forward. I love this software and it offers a great value over its competitors and a shortened learning curve for those of use who use SSMS.

I love being able to completely copy a database from one server to another with a few clicks, which makes it super quick to keep my dev environment in sync with the live database. The code completion feature is so much quicker than SSMS, I love that you can set the delay, and it saves me a lot of typing in addition to keeping the case consistent within my SQL. The Visual Studio Blue makes it feel like I'm working with my old friend SSMS. The ability to mark different databases with shapes and colors is a thoughtful feature and reduces the chances of accidentally making a change in live instead of dev. The data generation feature is nice as well, as you can generate a lot of test data quickly. Also, one of the best features is the automated code formatting command (CTRL-K, D), which takes my sloppy, ill-formated SQL and turns it into beautifully formatted SQL. You can also easily output data to all kinds of formats including Excel, Sheets, csv, xml, etc., and save templates so that you can quickly generate the same reports.

The "Edit View" feature is a little clunky--you cannot edit SQL directly in the SQL tab, and when you try to do it in the Query Text tab, it constantly throws errors as you type. Sometimes you just need to do a quick edit to a view and it's a bit frustrating to deal with. I found myself opening up a new SQL window, copying my code, pasting into the new tab, modifying and copying back to the Query Text tab. There has to be an easier way.

dbForge Studio for MySQL is the closest to SQL Server Management Studio in terms of look, feel, and functionality. The other options were awkward and unintuitive for me to use.

We tried, it failed.

It was ok, but settings and config were not intuitive and had to contact support several times and they were not very helpful.

it has syncing and backup built in and it looked to be a better product.

it only ran on windows, alot of our devs use macOS.

I ended up going back to navicat.

A great solution for MySQL development

I've worked with Microsoft SQL Management Studio for most of my career. When presented with a set of projects which required MySQL administration I found the tool provided for MySQL to be pretty poor. dbForge provides a familiar interface to what I was used to for SQL Server, but targeting MySQL. We use dbForge for management and developing all of our MySQL solutions. It is fantastic.

The platform works great, replacing the admin interface provided by MySql. DbForge provides the tools and familiar interface features need to perform all the admin and development we need.

There is some instability in the product, experienced infrequently, which causes it to hang for 20 seconds or so occasionally. Typically it recovers fine. When the platform does crash, it generally starts right back up where I left off without any loss.

I did a head to head comparison between the platforms, using each for a few hours when I was originally working on identifying the product to use moving forward. While similar, I found dbForge to have a better experience, and we made the switch.

Reasons for switching to dbForge Studio

It is a necessary tool for professionals

Intellisense is fantastic. You considerably reduce the amount of words typed

For large and complex queries, hardware consumption is something that needs to be improved.

I believe it is a product that delivers value even if it costs less.