Product Overview
User Reviews
XrayVision is a digital imaging solution that helps dental clinics of all sizes capture and store images from digital x-ray sensors and intra-oral and extra-oral cameras in a secure tagged block (STB) file format. Dentists can use the XrayVision application to create referral letters or treatment plans and directly share patients' x-ray images with team members or insurance agents. It is compatible with multiple medical machines including phosphor plate scanners, digital panoramic or cephalometric imaging sources and flatbed scanners. It provides a DICOM-compliant module, XVWeb, which enables practitioners to create image backups and access patients’ imaging records in real-time. XrayVision comes with an application programming interface (API), which facilita... 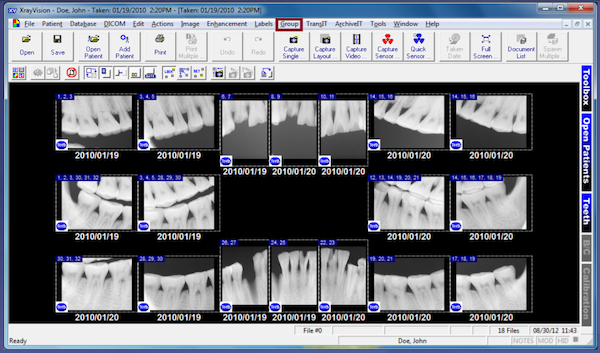 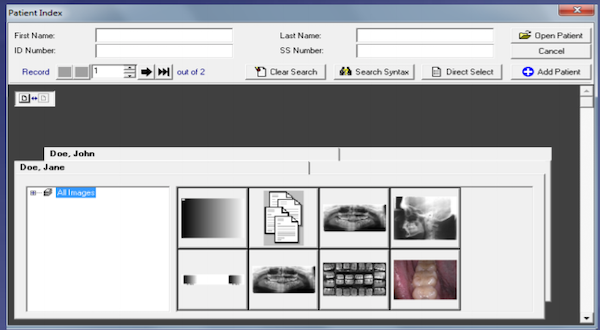 Apteryx products in general are very fast to navigate, and XrayVision is no different. It integrates easily with practice management software, and has an amazing tech team. The cost is pretty low for the features that it has. XrayVision is in the top 2 imaging softwares in my book, second only to XDR.

The interface can be a bit difficult to learn at first, but once you learn it, it's actually pretty logical.

I love the way images are grouped together. The software can be used with pretty much any sensor.

Integration with Dentrix was very rudimentary.

I signed up from server-based dental database to cloud-based database system; wated to improve one two offices operation. The recommendation was “go with Apteryx”. We did not think twice and signed up after verbal description. Now, we have two locations and needed conversion in both locations. signed a contract that no one discussed verbally, just this is what you do, it is a cloud-base software, the images will be stored on cloud. Originally we wanted to leave serve-based system. We signed and since we signed regardless you use the system we got billed for two locations. We used a system only for three weeks in one location only. In the mean time one location went under a sale and a new buyer has no interest to convert to a new system. At that point we called and wanted to end the service - being billed for four months for two locations but only utilizing it in one for three weeks......contacted a customer service/billing and explaining a situation - No response. Multiple e-mails, signing a contract with no verbal informed concept, written conditions being different from verbal ones, no mention a commitment to 24 months contract? Explained multiple times-second location for utilized for 3 weeks only & not satisfactory. Prefer canceling and going back to original software. Feels unfair, just money-hungry company. Company not responding, just want 2-year billing pair with early cancellation policy in place.

Cloud-base option needed all easy on a cloud

Cumbersome, pre-organized Images, not easily to select what we want to view, adds limitation, all protected by passwords, images in lower quality then previous system- was told need a calibration....

Reasons for switching to XrayVision

Went from serve based to cloud based use.

Great product. Felt like we got a lot of value for our money. Would purchase again

User interface is intuitive and the quality of the images is very good. Works easily wii I th a variety of inputs.

Customer service can be difficult at times to reach.

Reasons for switching to XrayVision

Hygienists and assistants have lost several full mouth X-Rays - just disappeared. Various Customer service reps for the first few times could not find them at all. Very unhelpful.

Not the most beautiful interface

Pretty easy to use, although some features are not intuitive

Not intuitive, not the most beautiful interface. Imagine an iPhone and how seamless the user experience is. This is like a clunky android

Layout feature is helpful to find xrays in a format quickly

Gets the job done

The software gets the job done. The layout format is helpful to find the necessary images.

The support team can never be reached directly. A ticket has to be submitted.