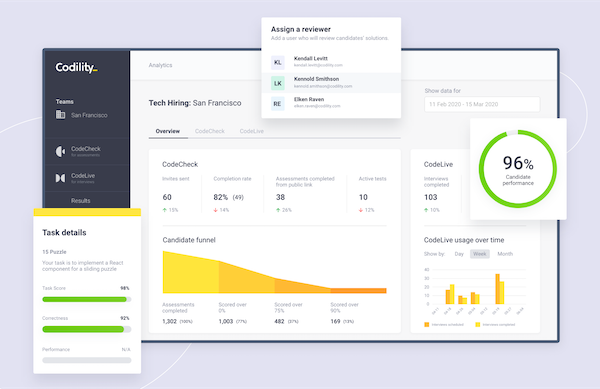 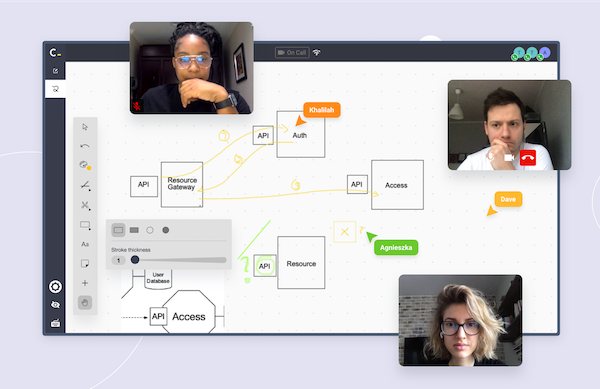 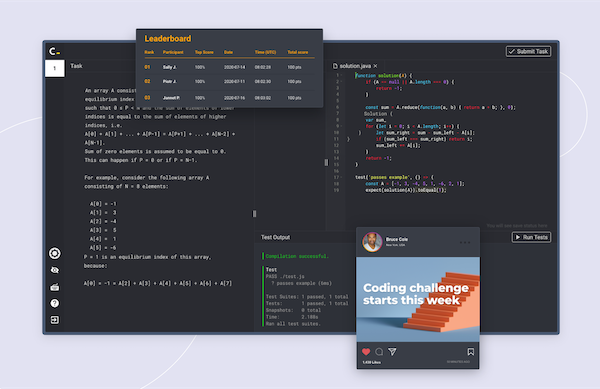 I enjoyed very much practicing algorithms, getting to know companies through the challenges.

It is a well organised, polished platform for coding skills evaluation. The lessons and challenges provide good content for user practice and the summary section helps to understand the areas the user is going well and areas to improve.

The platform suits me very well so I don't have any comments on things I dislike or wish to improve.

It's fast to have a real notion about the capabilities of the candidate. We can get material to go deeper when we're interviewing candidate.

it's very easy to use. Supports different programming languages and can be fitted to our needs as company.

Sometimes the ui/ux/layout of the product isn't easy to read the code until the end. in 1 side we have the task and the other the result of it. Would be good if we can improve the live code and also have like a whiteboard to interact with the candidate and solve challenges during an interview or even during the challenge. 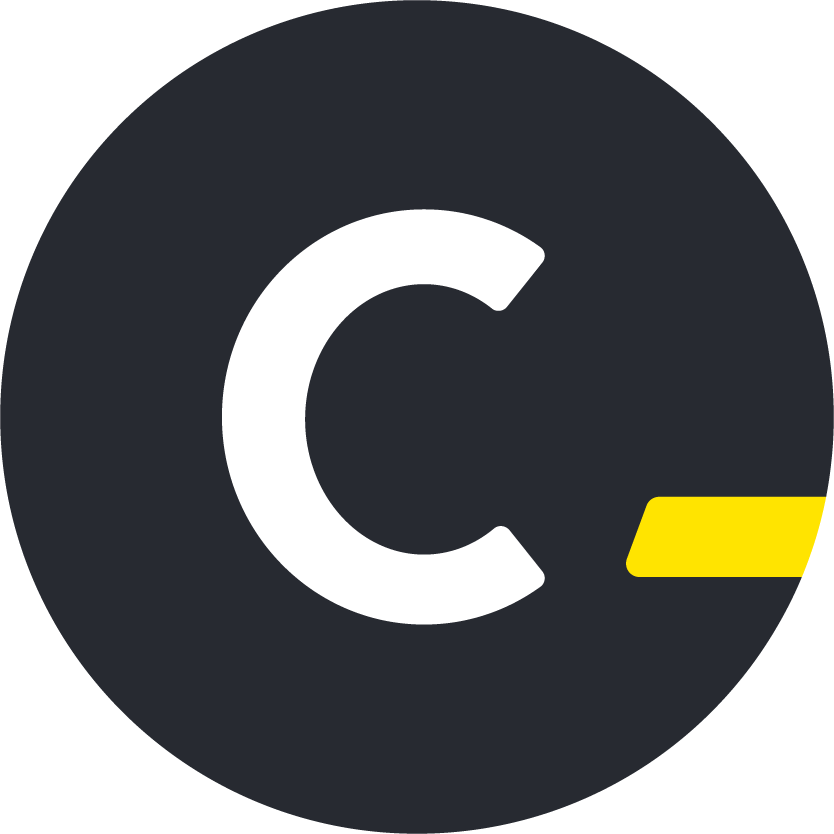 Thanks for the feedback António, great that you like how easy Codility is to use. Since you asked about interview functionalities, you might want to try our CodeLive product which gives you a shared interface with your candidate for solving challenges together or coding together on a whiteboard. Feel free to contact us at support@codility.com and we'll give you a tour!

Not an adequate test for most engineering roles.

If you use it, I would suggest the live-code feature where you screenshare and watch the applicant solve one larger problem, preferably one that relates to the job at hand rather than a mensa puzzle. Make sure to review the failing submissions because in many cases, they had it right, but the machine graded them wrong, this could be for many reasons including the structure of the training set they were given was different from that of the testing data. Over half of what our engineers do is debug, interpret existing code, and build infrastructure. None of these things are tested with Codility. If they do pass, they are proficient in at least one element of the job, but not necessarily the rest. I interview any applicant who passes with 30% and always look at their code even if it failed.

It is deployable and easier for HR who don't understand code themselves. The ability to compare to other programmers' skills is nifty.

Many of the problems are not completely presented (I.E. there are other factors that are not mentioned which would influence the code, so applicants who submit overly-thorough code will actually fail because the machine didn't like their answer.. it is a guessing game) 20 minute time limits to solve an algorithm problem are NEVER the case in real life. Programmers do not work off memory, they work off documentation-- codility does not test on use of frameworks or libraries, only math concepts. The IDE is limited, will delete the applicant's code if they switch languages momentarily.

Pricing, ease of use.

It's much more convenient than paper tests.

Easy to use. I can manage a lot of candidates and different software languages.

There is not enough task. My package is not contains plagiarism check.

Hi Gabor, great to hear that you like using Codility! In case you weren't aware, your license contains plagiarism prevention (the Codility task library is protected and patrolled online for material leaks). However, if you'd like to try out our plagiarism detection features like Similarity Check, please contact us at support@codility.com and we'll be happy to let you try it out.

Excellent to assess how candidates act, but overall too expensive

Licence package too broad and expensive , good for body rental companies but not for a company, however large, that manages recruiting internally