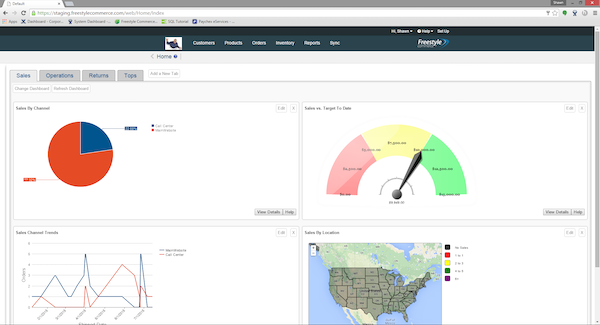 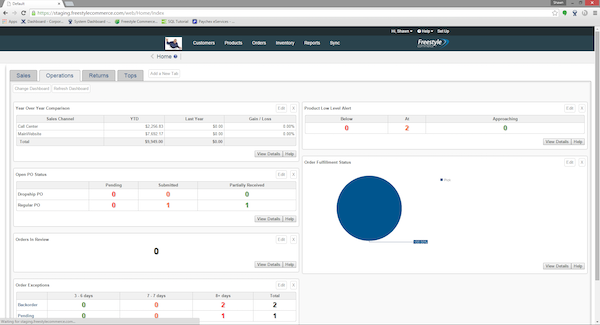 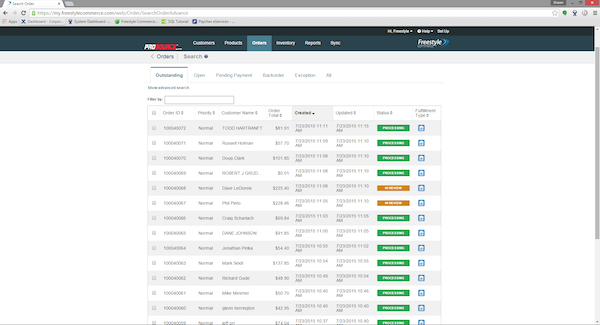 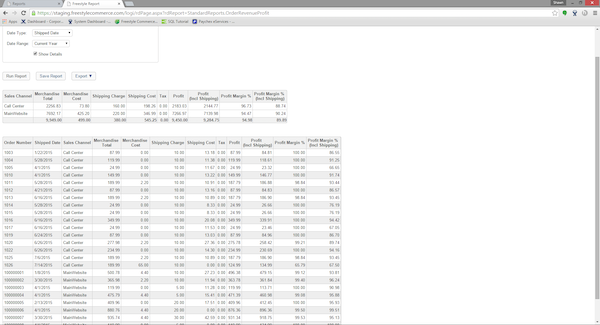 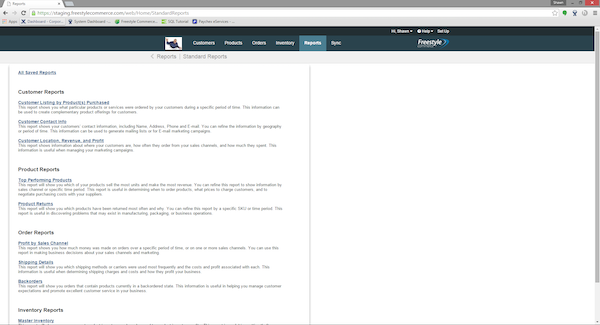 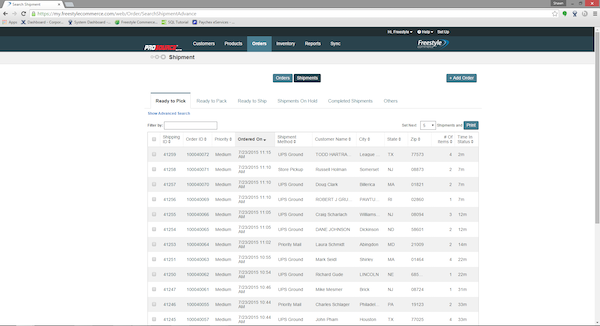 Freestyle was recently bought by a big software company. Mgmt is now including customers into the dialog of feature development and product road maps via focus groups - that used to never happen and the software was negatively impacted by that. Mgmt is also working with the user base to better use the application and to encourage users to share their best practices. There are some savvy operators (marketing and operations) in the user base, and they are sharing ideas. It is a big improvement from the past. The company is also now encouraging 3rd party support, and there are several really good consultants for MOM now. Support is generally pretty good. The techs know the product well, and most of them have a pretty good idea of how a catalog/internet compay operate. For the price, it is hard to find another order management system that can act like a mini-erp for small business. it has a lot of features that are extras or custom work in SAAS.

MOM is easy to use for front line staff in all parts of a business: order entry, customer service, inventory, pick/pack/ship. It is strong for B2C catalog companies, but it has good support for B2B sales as well: (parent/child for customers), lots of pricing and shipping options. MOM has decent integration with some shipping software. MOM is also building out stronger, better documented API's to integrate to 3rd party shopping carts. And for an older software, it is still pretty feature rich compared to the newest SAAS apps that cost a lot more.

We have been on MOM for over 15 years, so we know all the in's and out's of working with the software and how to resolve. Their support is good for fixing transactions that occasionally jump the track. It is stable software and works well under all work loads. If there is anything we find frustrating about the software is that some features/processes need to be polished up a lot to be way more efficient. New features seemed to be determined by their largest customers

Features, ease of use. it was affordable software from an acquisition and support point of view.

Reasons for switching to Freestyle Solutions

We were on an old version of Great Plains. We went to MOM and never looked back. It has a ton of features that would be afterthoughts in other apps because it was designed for direct marketers and catalog companies.

Opposite of everything you need

I've been at a company using MOM for two years now, but the company has been using MOM for 7 years+. Despite being loyal customers paying for customer support that did little more than tell us "we'll add it to the list, but it probably won't get done," they suddenly doubled the support fee on us and gave us 15 days to make a decision before they disconnected our shipping module (which has nothing to do with support). Hard to trust a company after that. Then, when trying to work on pricing, they offered no guarantees on their end that the accounting bugs that we've been complaining about for over a year would get fixed at any time. They offered no evidence that their poor support would change, that they would be willing to work on any of our development requests, or that they cared about us whatsoever. As a developer, I can say with confidence that their system is outdated spaghetti code, riddled with bugs. Every update they pushed out was like it wasn't even tested, and I usually spent weeks of my own time having to test it for them, only to wait months for them to push out the fixes. I doubt they have many customers, otherwise I probably would not have had to spend so much of my own time testing their system.

-Many of the features are good in theory (execution not so much). -Low price, but you get what you pay for.

-The company is shady. -Customer service is mixed, but ultimately the willingness to work on development and fix problems is just not there. Some of them are great with technology, but others are not very smart and I have to actually argue with them to convince them that what they say is "working properly" is actually not. -Desktop version is always crashing, and they can't help us because we don't know how to replicate it. -Obviously bad programming and spaghetti code. Every update only caused more issues. -Amazon tax is always, always, always off. For one, MOM rounds tax incorrectly. Another example: crazy tax on orders because of poor coding (Happens when a FBM order is processed when at least one item is out of stock; MOM will charge the full amount of tax against the merchandise total that IS in stock; then it will re-calculate tax for the entire order based on the reverse-calculated tax rate of the first charge). -No open API. -When bugs happen and MOM ignores us, I have to go in and manually change the data in the SQL server just to get things working again, which obviously can cause more issues because whoever designed their database structure never took a single class in database design. -Very slow system. -Can't search orders or customers easily, can't view shipping costs so that we get better reports on profitability.

Freestyle shares our vision for innovation and we are getting significant results using Freestyle O.M.S. for our order management needs. Freestyle Solutions is very responsive to our changing environment and front end processing. Works well with many store bought products as well as individually developed software.

We started out with Freestyle when the software was sill in the beta stages nearly two years ago. and have been impressed with the customer service which started with a visit to our location on the West Coast. Freestyle customer service is truly top notch. In particular both Michael and Shawn have been very attentive to our needs. As a new software division they have gone above and beyond to listen to us (their customers) regarding what we need in our day to day inventory and shipping processes. In fact, this was the main reason for the visit to our warehouse. They wanted to see our processes to determine and map out how they would fit with Freestyle. In addition, they wanted to know what could be added to the software to make it work for real life warehouse and shipping management. We use Magento as our ecommerce platform and find that the integration with Freestyle works quite well with only a few temporary problems. When we have experienced a break in the communication between Freestyle and Magento, the Freestyle Team has been quick to repair it. Since Freestyle is a newer software there are some missing pieces for us. We have shared our needs and wish list with the Freestyle team and we have every confidence that they are or will be working to build them into the software in the near future. Overall we can, and have, recommended Freestyle confidently as a solid cloud-based ERP solution.

Not Truthful About Their Technical Support

After our sales rep said that they would be able to help with technical issues, we renewed our contract to find out that they could not help. They referred us to a 3rd party service which we had to pay for. After all of that, they wouldn't let us out of the contract even though they couldn't fix their own program and lied about being able to help out in the beginning. They will also start ignoring your phone calls and emails. Had to go through BBB to resolve and I am still trying to get a resolution. Fraudulent business practices! Go somewhere else unless you want to be swindled out of your money too.

Technical support was no help at all!!!!

Our company has been growing at a very fast pace and Freestyle Solutions has been more than capable of handling our 5 times growth. Their customer service is phenomenal and when we've encountered problems or needed some advice they're always there to help. There are a few things we wish the software did and what I'm very happy with is that they listen to us customers and asked for a wish list... they understand that users of the software sometimes understand needs better than developers!

Great Software and the best Customer Service in the business

I have over 20 years experience in the IT industry and I have to say that Freestyle Solutions customer service is the best by far. The Knowledge and attention to detail spent on every help ticket never waivers no matter who you get. They go above and beyond to assist your business anyway they can. The software is easy and versatile enough for any business.

Freestyle helps me automate my business

Great customer service, easy to use and helps us process orders a lot quicker