I really appreciate the prompt and professional customer service. TOPYX from the beginning ensured that we had all the information we needed to get started and successfully introduce the LMS platform to our volunteers and internal staff.

If I had something to modify it would be the number of clicks that it takes to get into a course and the dashboard that learners see.

When we began developing a web based training for Work Ethic, we had no idea what to do or how to start. I cannot give enough praise to TOPYX for their patience, understanding, education, explanation of the program, direction, and for their genuine desire to help us meet our goals. TOPYX is an excellent Learning Management System and I cannot think of anything they have left out. They customized the look of our program, the launch of our training was easy, and the system options were robust. The best part for us is that it is so easy to use. I would encourage anyone who is using or wants to use web based training to use TOPYX. They do what they say they will, when they say it will be done, and they will keep working with you until your training is exactly the way you want it to be.

We were oversold on the ease-of-use and the promptness of the support staff who is contradictory to say the least.

Where to begin - the software is riddled with bugs and is terribly slow. Many times our users couldn't access or complete paid coursework because they bungled the handling of the sales. 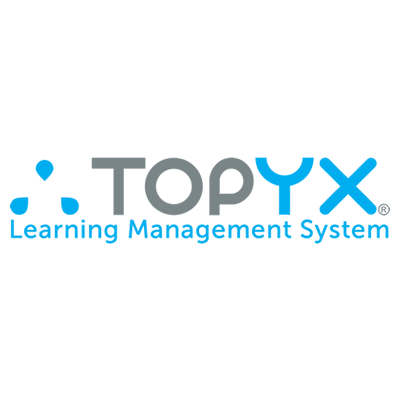 We are sorry for your negative experience. We're normally known and reviewed highly for our value, features, service and ease of use. We want all clients to be happy with their training site. However, we may not be the best fit for all applications. This is why we recommend testing and use case meetings prior to purchasing. Your team had access to and used a demo site prior to making a purchase decision. All functionality was available for testing.

We invested 2 years in searching for an LMS solution that would fit our needs and budget. Although establishing any LMS can be time-consuming, navigating Topyx doesn't require a lot of effort. We utilize they system a bit differently than most, and we were able to use some of the features that Topyx has to offer documentation, training, and a method by which to push announcements to our customers. The system can be used to offer revenue generating material, but we use it to keep our customers informed on the latest news and instruction on our own software products It has truly made an impact on our support center by reducing the number of calls coming into the center on a daily basis, thereby saving resource time and expense.

Topyx LMS is easy to use and their customer support is outstanding. We've used them for a year now, and I would highly recommend them to anyone seeking an LMS that is user-friendly, has client support that is very responsive, allows unlimited users/content, and is available for a reasonable price. Compared to other systems, this is a bargain! We look forward to continuing to grow our offerings and utilize Topyx LMS in various ways over the next couple of years. Our users have commented that this system is so much easier to use than our legacy one, it allows more opportunities for learning for all customers, and they like the visual design of it. Overall, you can't go wrong with this LMS!

Tried Topyx for a Year - and then Switched

Topyx had some great features that we were anxious to use as a company, and we were initially very excited about the site. Then we were unable to ever get the site to track simple quizzes and SCORM objects. Employees taking quizes and watching materials had to view items multiple times, and were sometimes unable to EVER complete modules. We spend hundreds of development hours and tens of thousands of dollars on our end trying to resolve those issues - and it turned into a logistical nightmare as we lost company buy-in on the project. During that time, Topyx insisted that the problem was ours, not theirs, and when asked to trouble-shoot, they didn't. Our customer support was slow to respond, and not willing to fix bugs in the platform. We waited until they released a new version that was supposed to address some of the issues - but found that the problems were not solved. Ultimately, we switched over to another platform and opted not to renew the $20,000/year contract. We went with Absorb at a lesser price, and have been literally thrilled with the results. Absorb was 3 times faster getting their platform up, and the tracking on our existing materials is working 100%. If you're considering Topyx, I would recommend getting a demo site to drive around in to thoroughly test the issues. We found that it was a never-ending source of problems.

Topyx software allows all training to be done electronically. The program is fairly easy to use, it Allows users to view all training that they need to complete. And allows management to view reports of what trainings need to get done and who has completed what. It gives you the option of then creating a PDF file with the report.

The software server is down a lot. Sometimes causing an issue with finishing training. The training itself could be more interactive instead of just hearing audio.

Beatriz - thank you for sharing your thoughts. Let me add a few clarifications for you. Yes, we have experienced more downtime than normal recently. We were in the middle of moving from our server environment at our hosting company. This project took longer than expected but most down time was scheduled or fell under maintenance. Your Admin team was aware of this project and was alerted to these downtime's. As for content - TOPYX does not create content - your team creates the content or buys it. If you have suggestions on how to make your company's content more engaging you may want to reach out to your training department.

TOPYX is a great system that helps any level of user to get into the system and begin to offer learning tools to staff, volunteers, etc.

I love the various features that are available through the TOPYX software. The features, the friendly demenor or Jodi H. and the over cost is what drove us to purchase this system.

Customer support, though available, there are some issues that have been resolved fairly slowly and because we (the organization) have no control of the speed then it feels as if we are stuck. This could improve with consistant communication when an original deadline is missed.

Most "Bang for your Buck" in the Market

When searching for an LMS, it was important to us to find an affordable option that would not charge per seat/enrollment. We also wanted to customize and create content rather quickly. Finally, being new to the online learning environment, we needed support that could walk us through the whole process. We found all this and more with Topyx/Interactyx. They've met our needs (and then some) for almost 5 years.

Providing the 'most bang for your buck' is indeed our goal with TOPYX and we thank you for sharing your experiences. We are proud to have Godfather's Pizza as a client for more than five years and look forward to many more!

Great price for a reliable and scalable LMS

We needed a reliable and scalable platform for our hundreds of students and TOPYX was by far the best match for quality of delivery and especially for budget. When you have a lot of students like we do finding a system that doesn't gouge you by the student and that has good uptime is hard to do, but TOPYX made it work. We also have a front end designer with super high standards and he was able to make the system look just the way he wanted. Add to that the complete shopping cart integration and you have a very unique platform that solves a lot of problems - and that can provide opportunities for your business.

TOPYX is perfect for us.

TOPYX is the perfect LMS software solution for us. HR directors love TOPYX's ease of use, customizability, reporting features, and affordability. We love TOPYX because we can focus on providing outstanding course content, knowing that we have an industry-leading technology firm behind us.

Topyx is the best software-very easy to use, affordable, great customer service, great reports for our clients.

Thank you for sharing your experiences. We love having ICU as a client and appreciate the opportunity to serve your LMS needs!

We've been using TOPYX for over two years now and it has worked out great. Very responsive customer service, all the necessary features, and the flat rate pricing makes budgeting very easy.

We are very excited about continuing to build our partnership with TOPYX, and impact the lives of millions of children! Thank you so much for your support!!!

We are pleased with the turn around and availability of the support team and are planning to renew this year.

We use TOPYX for our online 6-week program and continuing education subscription. We enjoy the fixed pricing, social features, forum integration, and ongoing billing options. Early on we had a lot of issues with customer service but things have gotten better this year (2016).