Find the right Marketing Software for you.

What key features are most important to you in Marketing Software?

Great tool for building your audience

Why make things hard for yourself?

I can't recommend Missinglettr highly enough. I would be at a loss without it and it has taken all the burden and energy out of creating social media posts to promote blog content. Literally a few clicks and a years' worth are scheduled in advance. The support has been fantastic (I had some issues early on with the workflow with multiple social media accounts but they showed me a work around and it's since been resolved). They're also releasing new features all the time and are great at communicating what's new (there's a dedicated link with "latest changes" on the menu. Missinglettr is a game-changer and a life saver.

Missinglettr takes ALL the hard work out of social media marketing for blogs. It monitors my website for new articles and automatically creates a social media campaign for me to review. I can choose from a default evergreen (6 or 12 months) or blast (2 weeks or 2 months) campaign or create my own based on number of posts, duration and posting days. Add your hashtags and then let the generator create your social media posts, including random images and quotes from your article. You can customise each post by clicking on arrows to cycle through different post content quotes and images, or edit the text directly. If you prefer more control than the random text posts, Missinglettr has a new feature which gives you a list of all the text suggestions it found (on my last blog post it came up with 103 quotes). Just pick your favourites and it'll use these to create your campaign. You may also upload new images to each post and they have a neat feature which creates quote bubbles which are customised to your brand colours. Simply approve your campaign and it will schedule your posts for you. It literally takes minutes to schedule out a year's worth of social media posts and squeeze as much juice as you can from your content. Incredible and I couldn't live without it.

There's not a lot - I pretty much love everything about it. The analytics however are very weak and definitely need improvement - but I don't really use it to track stats and you can setup utm parameters so it's easy to get data elsewhere. I would like to see support for YouTube channels. There's other software around (e.g. RiteTag) that will generate social media posts from YouTube channels and scrape the video for the thumbnail as the image. That would be a very useful feature. The hashtag research tool isn't great either. You type in a hashtag hit enter and then wait for it to return a popularity score from 1 to 5 (5 being the most popular). I wish it offered suggestions because you waste a lot of time entering hashtags to find out they are worthless. I have to do my hashtag research somewhere else, so I feel this feature doesn't add much value right now unless it's developed further. All minor considerations given the robust functionality and sheer power of the platform and what it delivers in terms of productivity and consistency.

The tool has a very beautiful and elegant interface, it is very intuitive to use. The most important thing: Missignlettr helps me save a lot of time!

It is very easy to use! I like that it allows me to review the campaigns before the posts are published on my social networks. Also, it allows me to change the design and colors to match the branding of my brand. Best of all, it allows you to connect the RSS / Feed of your blog to directly take an article that I publish in WordPress.

I was really hoping that this was *it* for me. I am seriously considering switching to something else because, so far, it has been a major time-suck.

It's a great idea. If you have a blog or a website with, say, 30 pieces of content, you can create multiple campaigns from *each* piece of content that drips out to the many social media channels like Linkedin, Facebook, and Twitter. Each "drip" contains a snippet or a quote from the piece of content in an attractive, branded format that gives the author the credit and makes her visible. The big idea is that piece of content is dripped out up to 10 times over a year with the frequency much higher in the beginning but less as the time goes on. This way, you create a sustained storm of high-quality "quotes" posted regularly on your social media channels. Each campaign is created *once* and then left alone to do its thing. That's the real value-add of this software.

Scheduling campaigns has been a huge struggle thus far, fraught with glitches that has sucked a lot of time in trying to schedule and reschedule each campaign. For each campaign, the number of social media channels, even when "turned on," shut off randomly so that when I look at the schedule created, many of the channels are not included. "Pausing" the campaign and rescheduling sometimes works but most often does not. I have to keep going back again and again and eventually the campaign gets scheduled the way I wanted. On my latest campaign, it has taken me 5 such trial and I am still hoping that it will work. I documented all of this to their customer support - including screenshots and video clips - but the problems persists. They opened the ticket and seem convinced the problems are fixed but they persist - each and every one of them. No difference. I am about to give up. 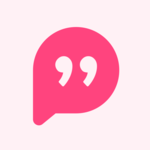 Hi there. Thanks for the review. I¿m really sorry to hear you¿ve had some struggles recently. I¿ve had a chat with our support team and they said that what you¿rte describing has since been resolved. But just to be on the safe side, can I please ask you to reach out to our team once more to make sure. They remembered your case and wanted to make sure you were now up and running. Unfortunately I don¿t have access to your email address here so i¿m unable to put you in touch with them directly. Thanks, Ben

A must have tool from the functionality to the designing

The most easiest and the bestest way to get your content seen.If you are producing interesting content and want to get it seen, this tool could really come in handy. Good UI and good support too.

no con as such, only it is a bit tough task to use this tool initially. Support is great