Every year, Software Advice talks with physical therapy providers looking for the right software for their practice, providing us with unparalleled insight into their motivations for investing in new technology.

We recently analyzed 385 of our interactions with physical therapy software buyers to uncover their most common pain points and reasons for purchasing new systems. 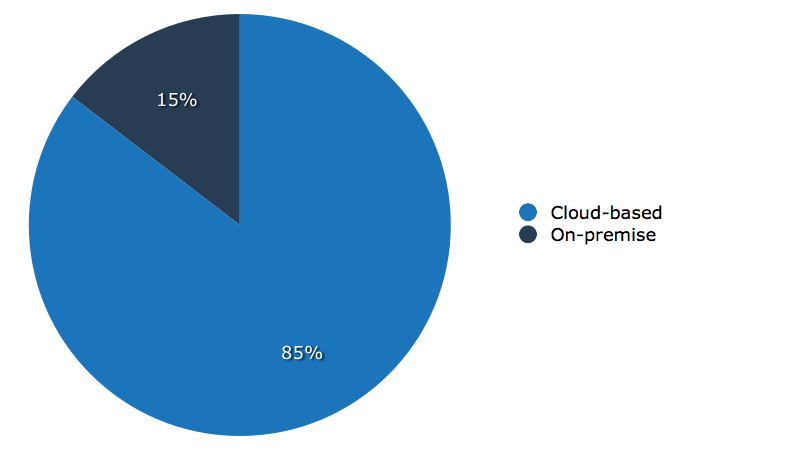 A majority of the buyers we talked to—64 percent—had no deployment preference. But among those who did state a preference, 85 percent preferred Cloud-based systems to on-premise deployment.

Most Buyers Are Replacing Existing Software or Paper (or Both) 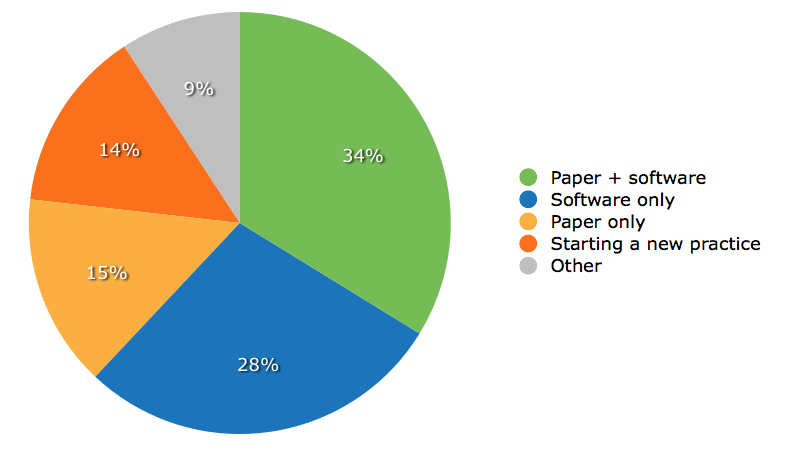 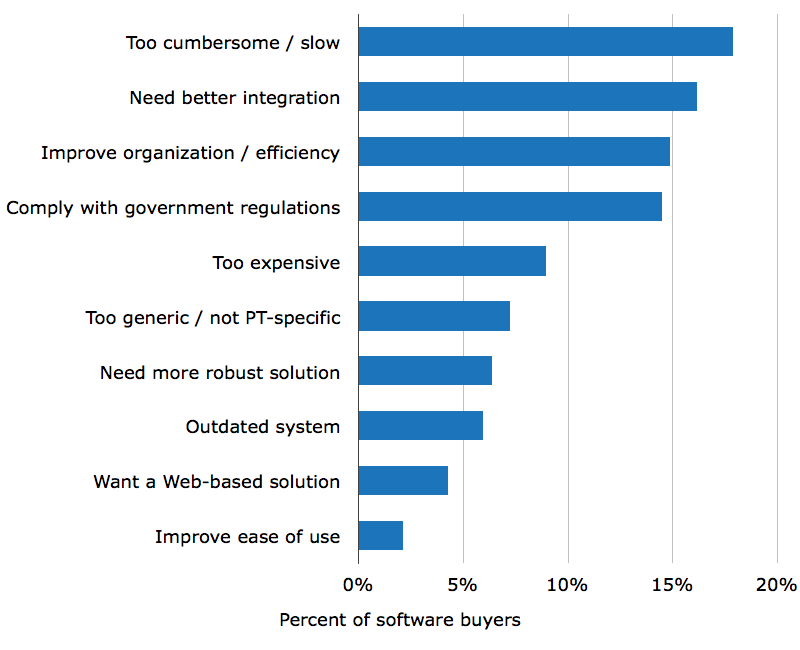 Eighteen percent of buyers replacing existing solutions cited issues with their current software being too cumbersome or slow, and 16 percent mentioned needing better integration among software applications. Buyers also expressed a desire for improved organization and efficiency (a pain point that wasn’t unique to buyers replacing their software).

Many buyers also sought to replace an existing system with one that would help them comply with government regulations, such as ICD-10 coding and Meaningful Use. Nearly 10 percent of buyers replacing software said their existing solutions were too expensive, or were not specific enough to the unique needs of a physical therapy practice. 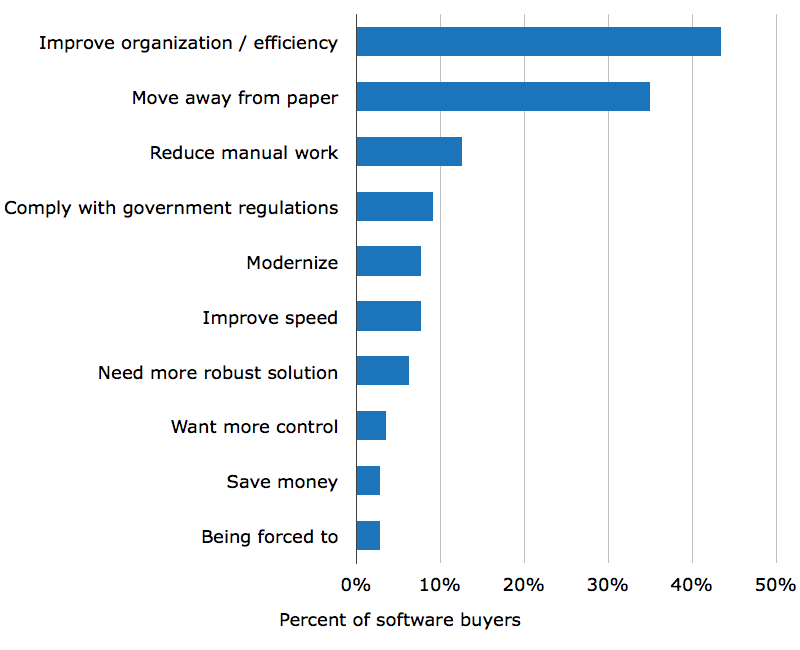 Among first-time buyers, the most commonly-cited reason for purchase was to improve their practice’s organization or efficiency. This need was also cited by buyers replacing existing software, which underscores the importance of a rigorous software selection process the first time around to find the solution that best suits a practice’s workflow. 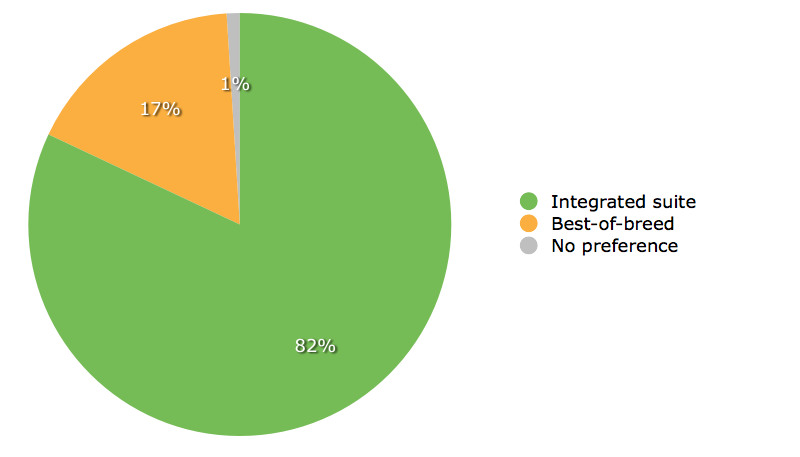 The vast majority of software buyers we talked to (82 percent) were interested in purchasing an integrated suite—two or more applications such as billing, scheduling or electronic medical records (EMR) integrated into one software package. Only 17 percent of buyers were looking for a single stand-alone—or “best-of-breed”—application. This is not surprising, given that the second most common reason for replacing existing software was the need for better integration among applications.

Scheduling Is the Most-Requested Application

Scheduling was the most commonly-requested application among the buyers we spoke to, with 82 percent of buyers seeking this functionality. Since an overwhelming majority of buyers wanted integrated software suites that bundle EMR with other practice management applications, it’s no surprise that most were looking for some combination of scheduling, EMR and billing.

EMR Is the Most Requested Stand-Alone Application 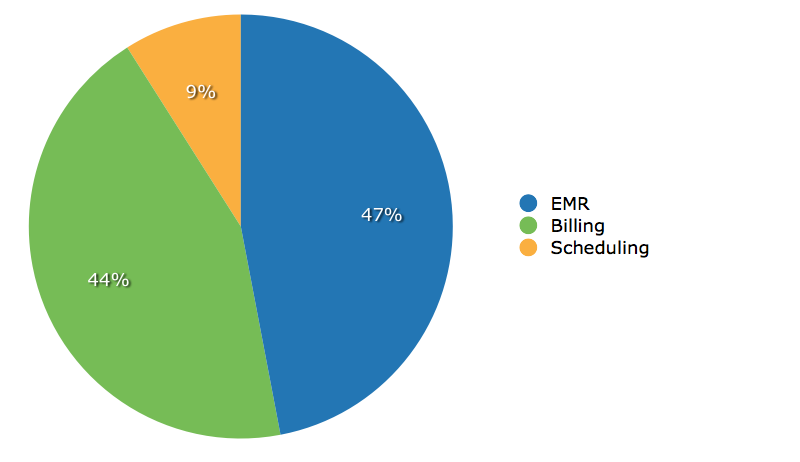 Although scheduling was the most-requested application among those sampled, buyers who wanted scheduling generally wanted this feature integrated with other medical applications, such as EMR and billing.

Among the 17 percent of buyers who wanted best-of-breed software, rather than an integrated suite, EMR was the most-requested feature, followed closely by billing. Only nine percent of best-of-breed buyers were interested in scheduling. 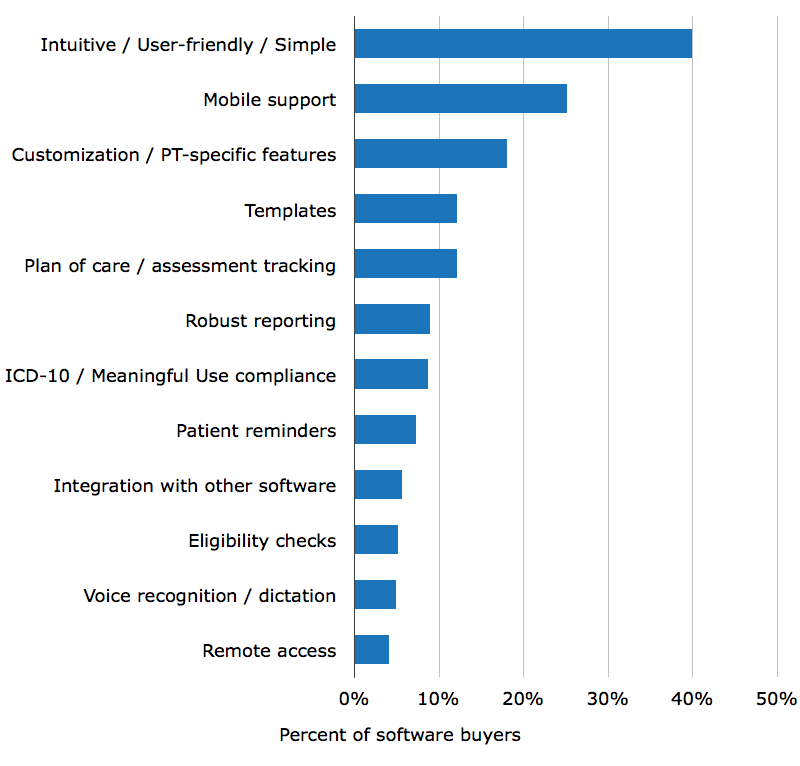 The most common request among buyers was for a system that is intuitive, user-friendly or simple. Within this category, a number of practices mentioned not needing “bells and whistles.”

Just over a quarter of buyers requested mobile support. Nearly 20 percent of our sample also expressed a desire for features specific to physical therapy, and/or the ability to customize the system to meet the needs of a physical therapy practice.

Twelve percent of respondents specifically requested an EMR that includes templates, though it should be noted that most of these buyers also mentioned wanting to be able to customize the templates.

Distribution of Our Sample 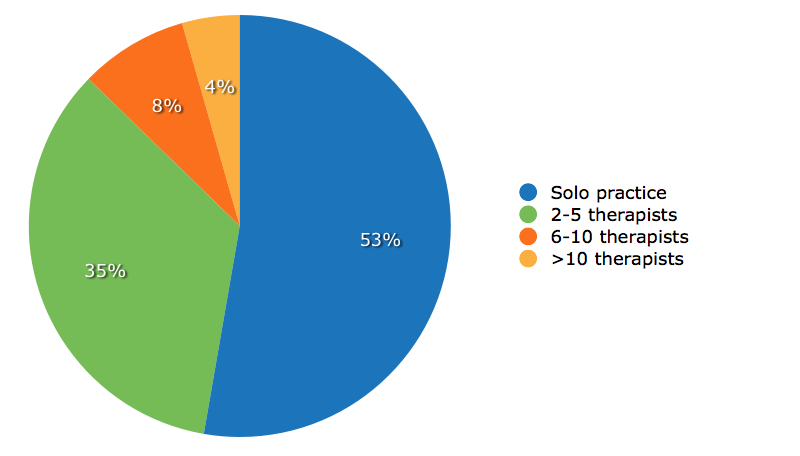 The medical practices we talk to generally fall on the smaller end of the spectrum, and our sample of physical therapy software buyers was no exception. More than half of the sample came from solo physical therapy practices, with another 35 percent coming from practices with two to five therapists.

Every year, Software Advice speaks to physical therapy practices looking for medical software. We randomly selected 385 of our phone interactions with those practices to analyze when compiling this report.