In collaboration with leading digital data collection company Research Now, Software Advice is currently conducting its EHR Software UserView survey. The survey polls users of electronic health records (EHR) software, asking questions about which EHR system they use, how satisfied they are with it and its key benefits and challenges. Aggregated survey results are displayed in real time.

The survey is ongoing; however, as we approach the 400-respondents mark, we wanted to publish a snapshot of the results so far.

We presented respondents with a number of EHR-related modules and asked them how their level of investment in those areas will change this year. 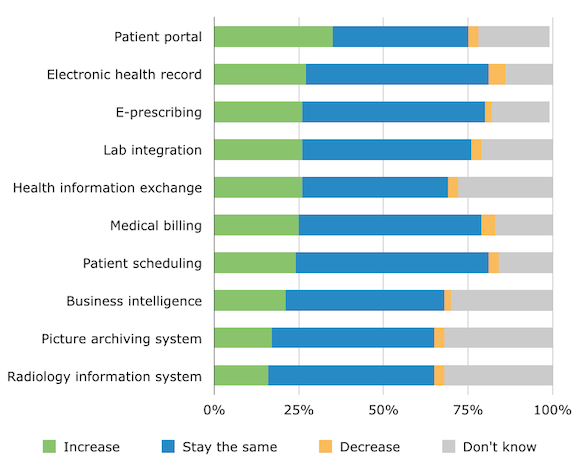 Note that respondents were asked to select all channels of EHR access, and many selected more than one—thus, the percentages reported sum to greater than 100 percent.

Ease of Access and Record Legibility Are Key Benefits

We asked respondents to rate how well their EHR delivers on a list of key benefits often touted by the government, EHR vendors and other EHR proponents. At the top of the list of user-reported benefits, 87 percent of users say their EHR offers easy access to records, while 86 percent say EHRs offer more legible and/or robust records. 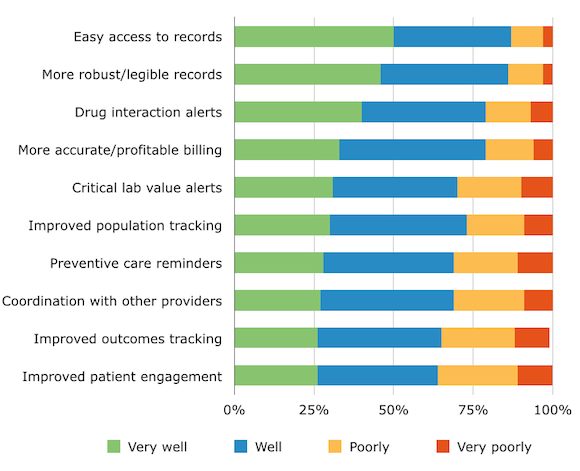 Slowed productivity is an interesting complaint for software users, since most of the buyers we talk to are seeking software to improve organization and efficiency—yet it is a common one in the medical market, especially during the early stages of implementation. Even doctors who acknowledge their EHR makes their operations more efficient overall initially complain of individual visits taking longer to chart, as they learn a new system and phase out their traditional paper approach. 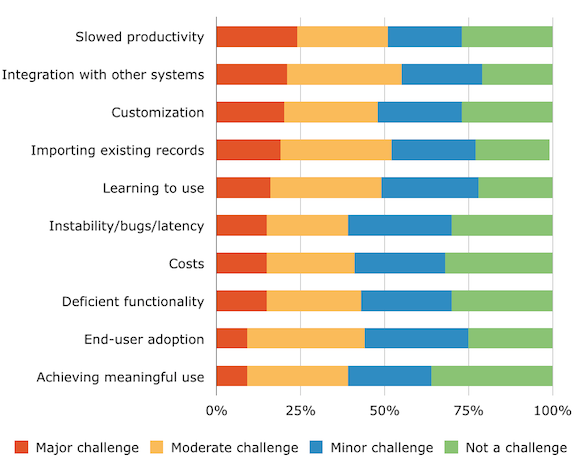 Other key challenges include customizing the system, importing existing records (i.e., data migration) and learning to use the system, each of which are rated as “major” or “moderate” challenges by right around 50 percent of respondents.

One possible explanation is that the challenges users associate with meaningful use have more to do with staff preparedness and executing requirements with patients than with the actual software itself. Without an EHR, meaningful use couldn’t be achieved at all, and it’s possible respondents are thinking of the question in those terms.

Our survey respondents are currently ranking McKesson-owned products highest in terms of user satisfaction. Interestingly, however, the products ranked most highly are those without McKesson’s branding: Medisoft and Lytec, owned by but not branded as McKesson, both boast 100 percent satisfaction ratings (over, for example, McKesson’s own branded Practice Choice and Practice Partner products, which didn’t make it into the top 10).

IOS customers are also rating their products highly: Medios currently enjoys a 100 percent satisfaction rating among its users who have participated in our survey. 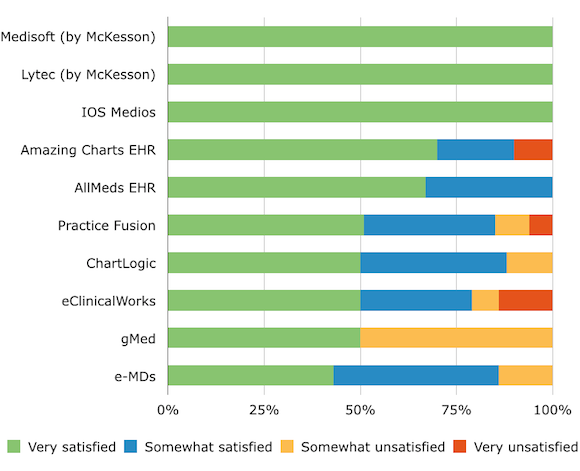 Amazing Charts, AllMeds, Practice Fusion, ChartLogic, eClinicalWorks, gMed and e-MDs round out the rest of the top 10 vendors in terms of user satisfaction. However, it’s worth noting that 72 percent of all respondents indicated they were either “very” or “somewhat satisfied” with their EHR systems, which means there are several other vendors out there with highly satisfied users.

The respondents to our survey so far represent a variety of medical practice types and sizes. Nearly half of the sample are small practices (with three doctors or fewer). An additional 26 percent are medium-sized practices (between four and 10 doctors), and 27 percent are large practices (11 doctors or more). 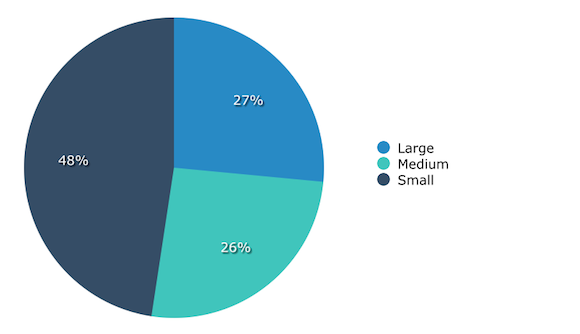 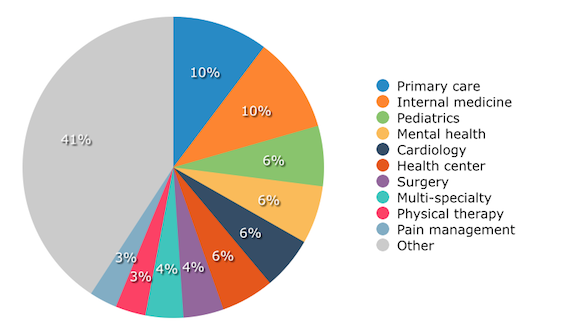 To collect responses for this survey, we used several approaches. We emailed survey invitations to EHR software buyers who contacted Software Advice for guidance in their software selection process. We also posted the survey on social networking sites, including Twitter, LinkedIn and Google Plus.

Additionally, we contacted EHR software vendors and asked them to share the survey with their users. These included vendors Software Advice has an established relationship with, as well as those we don't. Finally, the majority of the responses to the survey were obtained by our third-party research partner, Research Now.

Stay tuned for the full report once we’ve completed data collection for this round of our UserView survey. In the meantime, to discuss the results so far or gain access to any of these charts, contact me at melissa@softwareadvice.com. You can check out the results in real-time any time by visiting the survey page and clicking on the “Results” tab. And of course, if you use an EHR, please take the survey, too!