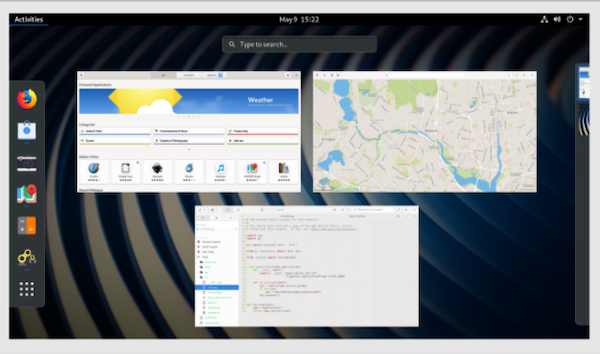 An operating system aimed at developers and digital content creators

I have used fedora for several years as an operating system for web development, being a stable and secure system for the same purpose and at the same time handling a number of libraries compatible with multiple programming languages. In another scenario, I have used this Linux distribution as a base operating system to virtualize machines and create a host environment and VMs.

What I like the most is its friendly interface and totally oriented towards developers and the different integrations that we can carry out with products and programming tools.

It's less stable and slower than similar operating systems like Ubuntu and CentOS. Minor display bugs when running applications. Lacks minimize and maximize buttons for a window.

We choose Fedora Workstation over other alternatives for its commitment to making a developer-friendly Linux operating system.

Fedora Workstation supports the latest software updates, its GNOME desktop environment is clean and user-friendly. The community is active with a promise to update the OS every six months.

Setup your development workstation with fedora

Its very good experience to use fedora as my workstation. Consume less resources so we can do our work fast and effective with less RAM.

Fedora is very good user interface. It is easy to use fedora as compared to other Linux OS. Good for developers to write code and provide all type of service which an Developer need. And even we can deploy our application on fedora. Fedora consume less resources as compared to windows os.

Something its getting stuck at login screen if you put wrong password. Settings up RDP confirmation is complex.

workstation with a cool interface

with a nice and fresh interface this product is very well finished and challenging, at least for my taste, it is a fast system and in particular it does not consume many resources, it is excellent for managing applications, the user interface makes it easy to use even for people who are not expert using linux.

I have nothing negative to say right now really, it's a good system

it is always good to try new products in infrastructure

Fedora is a solid operating system, ideal for system admins that also work on CentOS or Redhat

Solid operating system that is easy to use for beginners while providing the speed and advanced features needed for system administrators.

Love the up to date releases, the quickness of the software and the ease of installation.

I upgraded to the beta for 36 and had some issues. 35 was very solid but with the issues I had during beta of 36 I opted to install another OS for one of my laptops used in the field.