In the span of two decades, Amazon has gone from a lowly online bookseller to the most formidable and dominant force in retail. Amazon’s innovative approach to supply chain management has been key to its success, ensuring that it can get millions of items to customers at the right price and faster than anyone else.

A behemoth in retail and e-commerce, Amazon is a trendsetter and an innovator—so it’s critical that small to midsize businesses (SMBs) keep up with what the company is doing.

As such, we’re highlighting some of the most forward-thinking trends in Amazon’s supply chain strategy.

While it could take time for these innovations to trickle down to the SMB front, they all present competitive challenges and opportunities on the horizon.

As other online retailers began to catch up and started offering free two-day shipping, Amazon took it a step further and began offering one-hour deliveries with Amazon Prime Now.

With a separate mobile app, customers can arrange to have deliveries made during specific hours of the day. In select markets, customers can also order groceries and even take out from local restaurants, making Amazon a direct competitor to delivery services such as Favor and Instacart.

And the 2017 acquisition of Whole Foods places them in an even better position to own the grocery delivery space, not to mention the brick-and-mortar retail space—they’ve already dipped their toes in with nearly a dozen physical book stores open across the country.

Though the inventory for Prime Now is limited and only available in select cities, its size and availability has grown since its debut in December 2014.

Amazon made waves back in 2013 when CEO Jeff Bezos announced that the company is developing a drone-based delivery system, dubbed Amazon Prime Air.

Customers with eligible orders (packages must be under five pounds) who live within 10 miles of an Amazon fulfillment center will be able to receive their packages via drones within 30 minutes or less.

Though many considered the 2013 announcement to be little more than a publicity stunt, there’s no question that Amazon considers drone-based delivery to have great potential for its distribution system.

Prime Air is still in development and is currently facing some legal hurdles. While it was initially expected to make its public debut as early as 2017, regulation changes are slow and there’s no specific date when Amazon will launch this service.

The good news for SMBs is that Amazon has the weight and political influence to pave the way for more businesses to legally operate drones for commercial delivery purposes.

Need More Detergent? It’ll Be There in a Dash

In 2015, Amazon unveiled Dash buttons—little Internet of Things (IoT) devices that allow users to simply press a button to order a household staple such as detergent or coffee.

Like one-click purchasing, the Dash buttons represent Amazon’s desire to make buying things as easy as possible. While the Dash buttons might seem like a gimmick, online ordering via IoT devices may be here to stay.

Same-day shipping and one-hour shipping are not something that traditional third-party logistics (3PL) providers such as UPS, USPS and FedEx are well equipped to handle. Bucking all conventional wisdom with regards to outsourcing distribution, Amazon has begun to more heavily rely on its own fleet of delivery vehicles to fulfill same-day deliveries.

Gartner notes that other companies should explore Amazon’s approach to insourcing distribution: “By making its own deliveries, the online giant can claim a piece of the pie owned by FedEx, UPS and the United States Postal Service.”

Anything You Can Make, Amazon Can Make Cheaper

Amazon is no longer just a retailer and distributor. It is also a manufacturing giant. Somewhere along the line, CEO Jeff Bezos realized that not only could Amazon sell products for less than its competitors: it could also make them much cheaper than its competitors. Amazon’s dog waste bags are a popular item
By streamlining manufacturing, distribution and retail of these select products, Amazon has a significant competitive advantage due to the scale it operates on. It wouldn’t be surprising if the AmazonBasics line expands, or will be offered in-store now that Amazon owns the nearly 500 worldwide Whole Foods locations.

I, For One, Welcome Our Automated Warehouse Overlords

In 2012, Amazon acquired Kiva Systems, a provider of robotic and automated warehouse solutions. In 2015 the company was rebranded as Amazon Robotics. These automated robots can pick, pack and sort shipments—all without the need of human assistance. Take a look:

While a lot of these techniques may seem futuristic or out of grasp for businesses that lack Amazon’s scale and resources, there are a number of reasons for SMBs to pay attention:

What other companies are trailblazing the way with supply chain management? Email me your thoughts at taylorshort@softwareadvice.com. WMS, SCM or ERP: Which Is Best for 3PLs? How Do ERP Systems’ Supply Chain Management Offerings Stack Up? 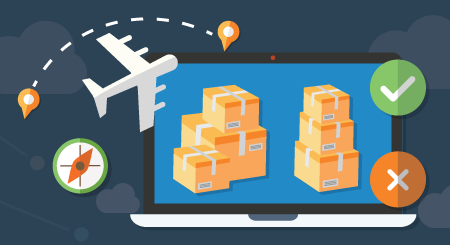