At Software Advice, we speak to prospective buyers from thousands of companies looking for business intelligence software, giving us unrivaled insight into buyers’ reasons for seeking new BI software solutions. We recently analyzed a sample of these interactions taken from over the last two years. This report outlines the trends we uncovered.

Broken down by job title, more than 60 percent of the prospective BI buyers we spoke to were not, in fact, IT professionals—instead, they listed such roles as financial officer, operations manager or marketing executive, to name a few. Just 37 percent of buyers were IT professionals, serving in either Chief Information Officer or IT managerial functions.

These findings are in line with a 2013 report from Gartner, stating that 2014 would “be a critical year in which the task of making ‘hard types of analysis easy’ for an expanded set of users… will continue to dominate BI market requirements.” There is clearly a growing demand among business professionals to not only harness insights gleaned through BI software, but to do so without tasking the IT department. 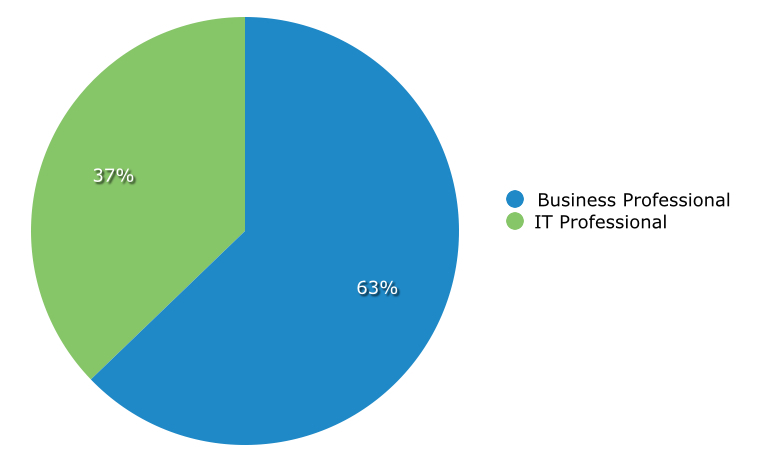 Regardless of whether the organization was evaluating BI software for the first time or replacing an existing system, nearly 40 percent of buyers we spoke to were evaluating software because they wanted to better visualize the data they were collecting.

Another 25 percent were either looking for an update to existing software, or had never implemented a BI system before. Still others were looking for ways to automate and unify a previously scattered system of data collection.

“We want to implement a BI tool that can pull data from our existing systems into easily visible dashboards,” one buyer told us, in what was a relatively standard response. “We want to pull data from our SQL server, Microsoft Dynamics, SharePoint and Excel, and we want a strong visualization tool.” 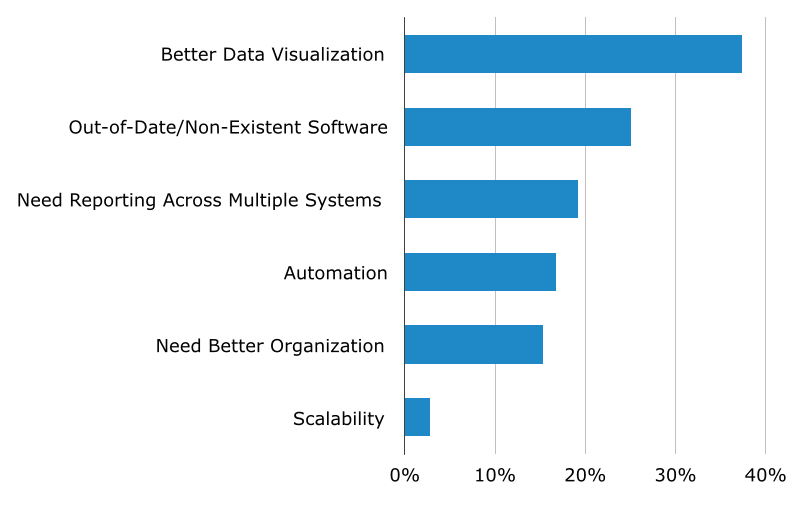 Ninety-five percent of the prospective BI software buyers we spoke to were only interested in evaluating an integrated suite—meaning, a single BI system that houses multiple tools (e.g., dashboards and scorecards and ad-hoc reporting) all in one place. In fact, less than 4 percent of organizations said they wanted one “best-of-breed” solution—that is, a single BI application, such as one just for ad-hoc reporting—and only 1 percent wanted multiple best-of-breed applications.

Surprisingly, more than 84 percent of the people we sampled had not yet made a decision on a deployment model. Among those who had, however, 66 percent preferred an on-premise solution (hosted on their own servers) to a cloud-based one (hosted on the Web). 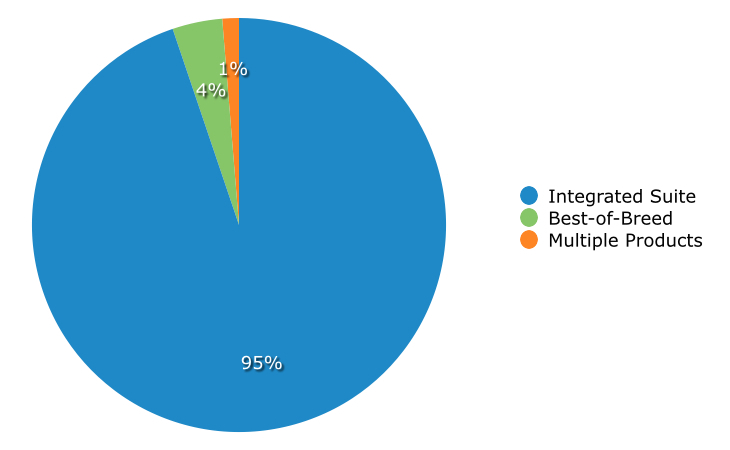 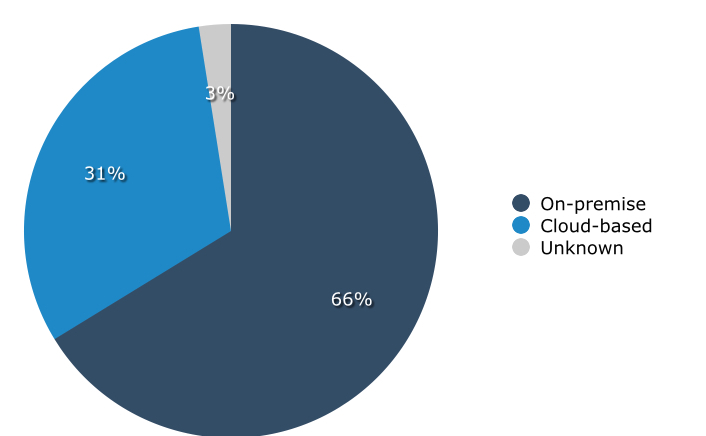 While best-of-breed buyers were only looking for dashboards and scorecards or query and report writing tools, integrated-suite buyers expressed interest in several more. In order of preference, they also sought data warehousing, extract, transform and load (ETL) and online analytical processing (OLAP) tools. Data mining and predictive analytics made up the least-required category, and was only requested by 6 percent of integrated-suite buyers. 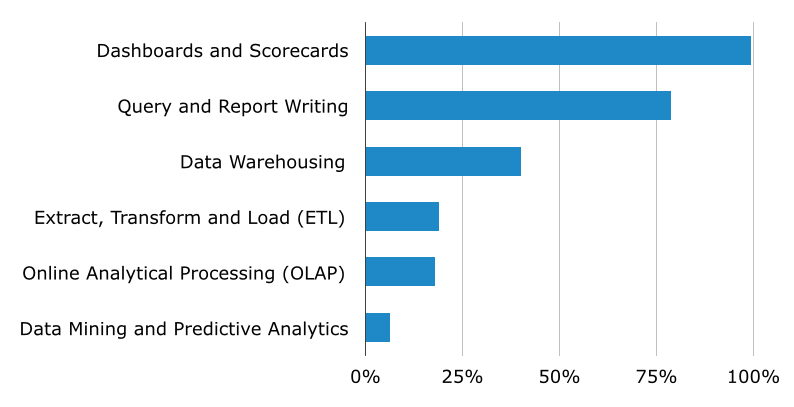 When asked about which features they wanted most in their new BI system, prospective buyers mentioned customizable dashboards, user-friendly interfaces and data storage capabilities most often. In fact, more than 75 percent of prospective buyers wanted at least one of these features. Secondarily, many organizations sought a solution that could integrate with analytical applications, such as OLAP or a forecasting tool. 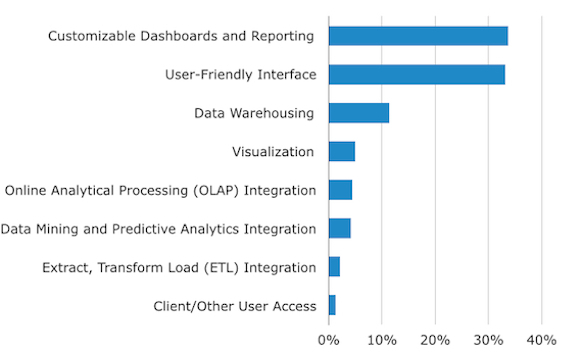 Most Buyers in Health Care and Manufacturing Industries 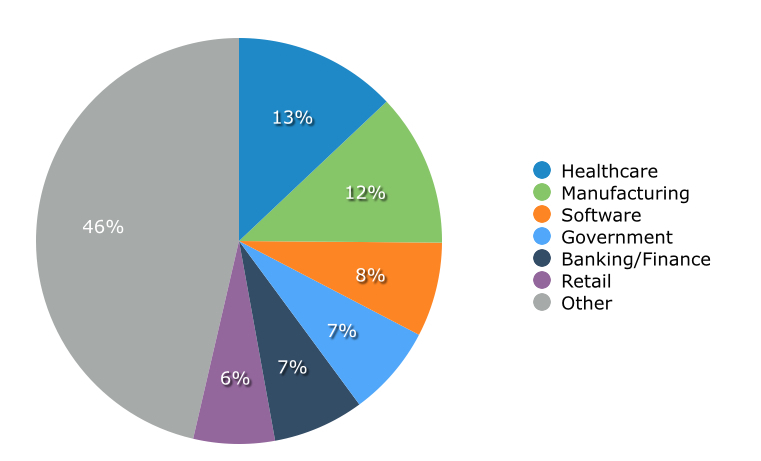 Most Buyers From Midsize and Large Organizations

Buyer Size by Number of Employees 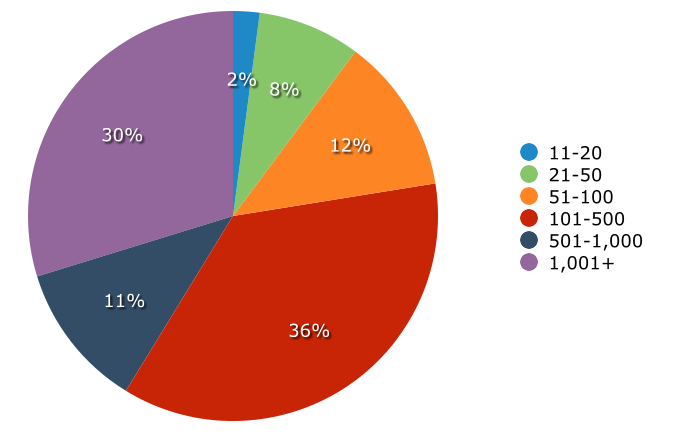 Nearly 35 percent of prospective BI software buyers included in the sample were using a CRM or an ERP system to gather, track and report on data, and were looking for a new solution to better analyze the data they were collecting.

Twenty percent of prospective buyers, on the other hand, were still using Excel spreadsheets to compile and store their data. And nearly 20 percent of buyers in the sample said they weren’t using BI software at all.

Another 20 percent were using BI software that was either outdated or unsatisfactory for what their business needed.

Finally, 8 percent of the sample said they were using manual methods for compiling data about their business, and were now looking to automate that process with BI software. 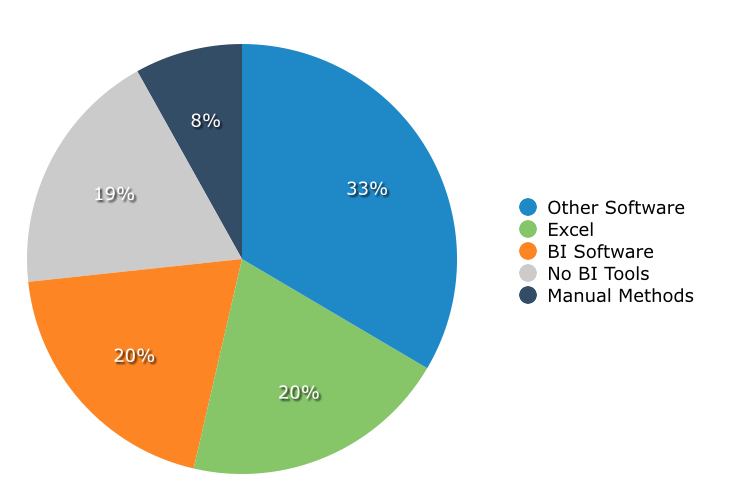 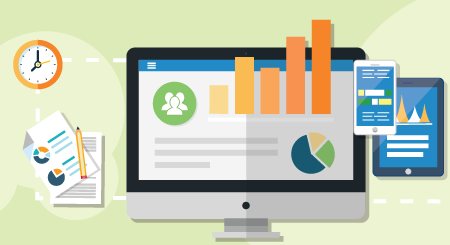 How SMBs Use Operational and BI Dashboards