The questions we ask and the individual answers we receive are confidential; however, we pay close attention to the data from these conversations, looking for new trends and checking in on old ones.

In this 2016 Customer Service Software Buyer Report, we check in on some of the trends we uncovered in our 2014 Buyer Report. We also dive a little deeper to uncover some new trends, such as:

Proportion of Total Employees Using CSS on the Rise

In 2015 we did not complete a Buyer Report for Customer Service software. With a longer baseline (2014 to 2016), some of the findings in this 2016 report stand out with more contrast.

One particularly interesting finding is that in 2016, companies purchased licenses for a larger proportion of their (total) employees than in 2014. This means that, on the whole, more employees are using CSS than previously. 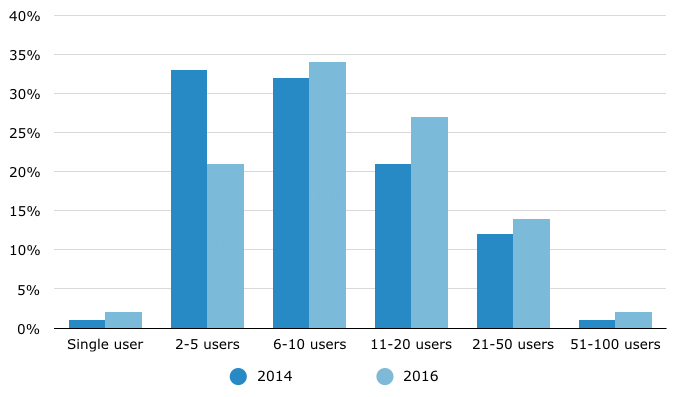 One interpretation of this finding is that customer service departments are growing relative to company size.

What’s more probable, however, is not that the service departments themselves are growing, but rather that roles in other departments are taking on some customer service responsibilities.

This is in line with trends we’ve identified and discussed previously. For example:

Altogether, this finding reflects a growing emphasis on the end-user experience. It shows companies are prioritizing their customer service experience improvements by getting more of their employees involved.

We should also note that, thanks to the rise of cloud-based software (SaaS) and particularly the popularity of the subscription-based pricing model, adding new CSS users is easier and cheaper than ever before. And, speaking of cloud software…

This finding is particularly refreshing; it suggests that the business world at large has turned a corner regarding cloud-deployed software solutions. 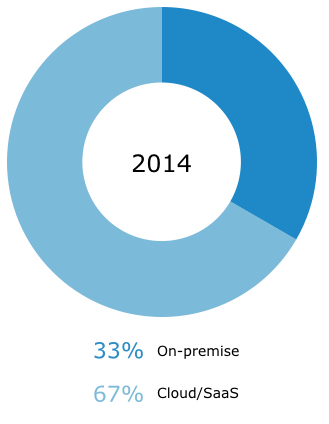 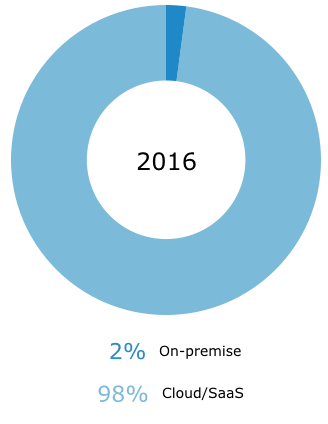 The benefits of subscription software have been discussed thoroughly over the last 10 to 15 years. Lower upfront costs, fewer implementation and maintenance costs and greater licensing flexibility are just a few.

With all this in mind, there’s perhaps only one question buyers seeking on-premise software need to ask themselves: Why?

(Note: This shouldn’t imply that there are no good reasons a company might choose on-premise software; there are. Challenging integrations with local databases and regulatory compliance are two examples.)

“How are you currently handling customer service requests?” We ask this question early on in our consultations with buyers, and it sets the stage for the rest of the conversation.

Generally speaking, it helps us understand a buyer’s software and IT maturity. For example, a company that has only just begun handling customer service over email would probably be overwhelmed by a full-featured omnichannel support platform.

Or, a larger company with their own in-house CSS system may just want to add a single best-of-breed application, such as live chat.

In other words, to help software buyers achieve their goals and arrive at Point B on time and under budget, we need to know where their Point A is.

On a more practical level, the buyer’s current methods also determine any integration and implementation challenges the company might face with the purchase of a new system. New software implementations can be plug-and-play, quick and painless. They also have the potential to be endless and, well, fatal.

A buyer’s software maturity and their degree of prepurchase research and due diligence determine how well the transition will go.
Prospective Buyers’ Current Methods 2014 vs. 2016 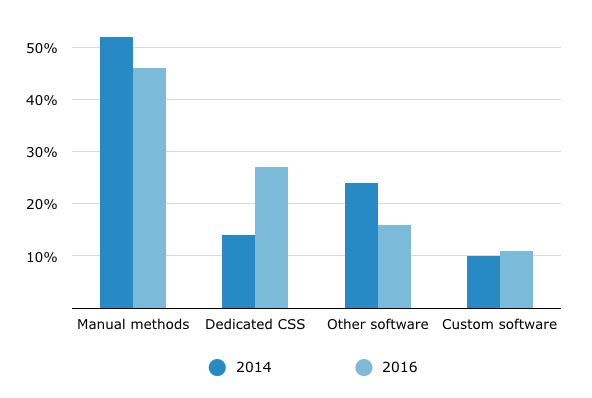 In 2014, just over half the buyers we spoke with were purchasing their very first CSS software solution. By and large, these were not new businesses. Rather, they were established businesses that had been using their own homebrew approach to handling customer service. These typically include some combination of the following:

Examples from 2016, in order of increasing software maturity, include:

Overall, these results suggest that the business world continues to prioritize customer service. Compared to two years ago, fewer companies are purchasing CSS for the first time and fewer buyers are replacing manual methods.

The large jump in the number of buyers replacing existing CSS suggests that companies are more willing to shop around for new features and applications.

For CSS vendors, these results have several implications. While it’s good news that demand for CSS remains strong, it’s also clear that buyers are increasingly willing to shop around. As the core CSS applications become standardized, it’s possible that buyers will become more price-sensitive and choose cost savings over brand recognition.

This section gives a demographic overview of CSS buyers in 2016.

The software and IT industries continue to be the segment with highest demand for new CSS. 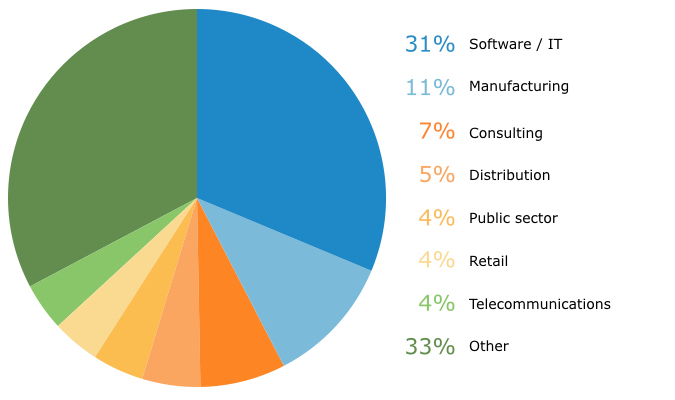 CSS buyers represent a fairly evenly distributed cross-section of company sizes, as measured by annual revenue. Compared to 2014, more businesses in the highest earning brackets ($501M to $1B; over $1B) sought new CSS or new CSS applications.
Buyer Size by Company Revenue 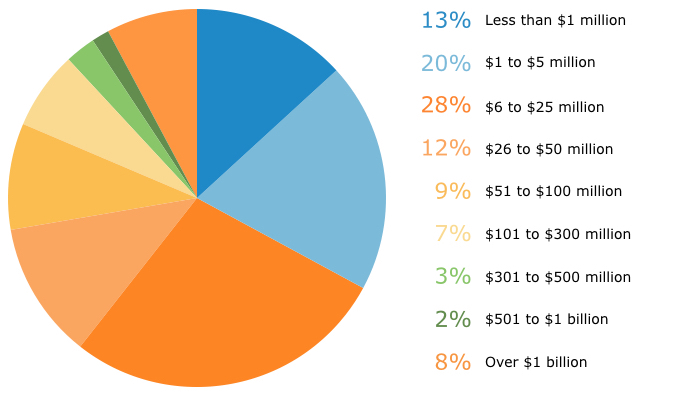 The detailed methodology for this report can be found here.
If you have comments or would like to obtain access to any of the charts above, please contact craig@softwareadvice.com.

You Can Lead a Horse to Water, But You Can’t Force Customers to Use Self-Service