What’s the Difference Between MRP and Production Planning and Scheduling?

Over the years, however, software vendors have attempted to differentiate their MRP and production scheduling and planning systems from other vendors. But this has created an overwhelming – and often confusing – lexicon of software terms. For instance, there are two versions of MRP software: material requirements planning software (MRP I) and manufacturing resource planning (MRP II). Meanwhile, production planning and scheduling software is also referred to as advanced planning and scheduling software, or APS. As you can see, it’s easy to get lost in the weeds pretty quickly.

To help clarify what these applications actually do, I’ve outlined the distinctions for the buyers that are either unfamiliar with the differences – or trying to decide which application is best for their business.

A Review of Software Features

MRP software is one of the oldest applications in the manufacturing software stack. Since its inception in the mid-1960s, the application has remained popular among manufacturers for several reasons. Foremost is its ability to automate several key planning functions – such as inventory control and production forecasting. Also, MRP offers manufacturers some level of production insight for every mode of manufacturing.

Of course, an MRP system performs more than just inventory control and production forecasting functions – it covers everything from product conception up until production planning. For example, after a product is designed, the system begins planning and sourcing the required parts to complete the job. During this process, the software automates key steps, such as:

Planning and sourcing production with MRP software works well for manufacturers that have either large runs (i.e., high volumes of similar products) or few products. In other words, this software is ideal for firms – such as a screw manufacturer – that have relatively predictable demand curves and little variation in production requirements. However, MRP has difficulty planning production when order quantities change frequently or there is variation in the type of products manufactured.

According to Carol Ptak, partner at the Demand Driven Institute, MRP systems encounter these problems because they assume that plant capacity is unlimited or they are only able to plan for a single production scenario. So even as production scenarios change, an MRP system will continue to send orders for production – even when there is no reason to produce at previously defined levels.

Given the changing needs of complex manufacturers, it’s critical these firms have the ability to dynamically plan production. For example, most jobs at an aerospace manufacturer are engineered to order (ETO) and require several component parts with production cycles that could span several months. These manufacturers may have to produce many different products at low volumes. An MRP system might have difficulty accommodating production variations because of the need to adjust calculations.

As with any software, however, even these sophisticated planning systems can have gaps. According to Ptak, these systems always try to keep a shop operating at maximum capacity. Therefore, when material scraps out, the system will automatically assign a new job to a shop’s machines – which can lead to producing goods that aren’t needed. So it’s important to weigh shop efficiency against profitability when using production planning and scheduling software.

As you can see, both MRP and production planning and scheduling applications are fundamentally about creating a better, more efficient planning process. However, the degree of detail that each application can handle differs greatly. To really know which application is right for your manufacturing operation, it’s important to understand your needs as a manufacturer and the capacity of the software – now and over time.

Special thanks to Carol Ptak of Demand Driven Institute and Roman Bukary, product specialist at NetSuite, for their insights on this article. 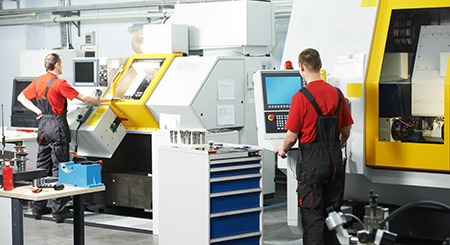 ERP vs. MRP: Which Is Right for Your Manufacturing Business? 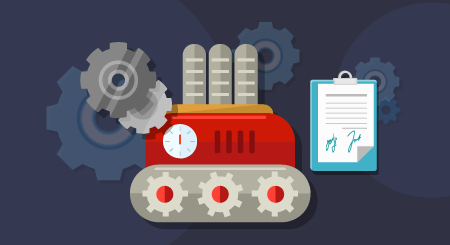 Postmodern ERP: What It Is and Why It’s Important