New hotel technology promises a better guest experience and higher revenues, and hotel professionals are taking notice. In 2016, 54 percent of them plan to spend more on technology investments than the year before, according to Hospitality Technology’s 2016 study.

Many new ideas have been tested by large hotel chains in recent years—smartwatch door keys, facial recognition and virtual reality. But which of these are driving bookings and delighting guests, and which are too far-fetched to be useful now?

In this report, Sjolander evaluates some of today’s “buzziest” hotel technology to help independent hotels, motels and resorts determine what is practical now and what needs more time to mature.

The use of mobile technology, such as smartphones and tablets, shows the biggest growth and the most practical benefits today, Sjolander says.

“At any given time, there are big trends in hotel technology, and a lot of them mirror trends happening in other industries,” he says. “I think mobile is the biggest right now, just because that’s where the whole world is going, and hospitality is no different.”

Book a stay at nearly any large hotel chain, and you’ll likely be encouraged to download the company’s mobile app.

The hotel’s goal is to use the mobile app to establish a direct connection with you before, during and after your stay, to send notifications to help you get to the property, but also to provide up-selling opportunities and boost loyalty.

A custom hotel app from Appytect

There are dozens of third party companies available to help you create a white-label app. When 65 percent of same-day bookings happen on a smartphone, a mobile app is an affordable and easy-to-build tool to drive direct bookings.

For hotels with mobile app users, personalization becomes a little easier. Hotels can send offers to their phones based on guest data. Sjolander says the hospitality industry has tried many ways to increase personalization, with limited success.

However, he adds that people tend to want their hotel experience to reflect the rest of their lives: Driving apps know where you parked, Netflix knows what shows you’ll like and your smartphone learns the words you use most.

“When people are getting used to that level of personalization, why wouldn’t they expect it in their hotel?” he says. “So delivering on that is a big challenge, and hotels have been trying for a long time.”

For example, the company GuestDriven offers a system that integrates with your existing hotel property management system or mobile app to help curate a personalized list of products or services, then uses proximity-based beacons to send offers to guests as they pass through specific areas of the property.

Bottom line: Many companies are trying various ways to make personalization effective, but Sjolander encourages independent hotels to focus on the basics first; personalization with mobile technology can be beneficial, but won’t have much of an impact if the rooms are dirty or the service is slow.

Kiosks in lobbies can be used to allow guests to check-in and get a room key by themselves, and hotels can place upgrade offers on the same screen to drive revenue.

A check-in kiosk at the Austin, Texas Hyatt Regency Hotel

Seems like a no-brainer, right? Fresh off the plane and in need of a nap, many travelers may want to get to their room fast. But Sjolander says he simply doesn’t see wide adoption of self-check-in kiosks.

“In terms of transactional check-out, it works in very limited places,” he says. “Most of the time, you can stand in a lobby and watch people stand in line to speak with a human when there are open kiosks nearby.”

One place these make sense, he says, is in a popular destination such as Las Vegas. It’s 3 p.m. and the line to check in is 45 minutes long; these travelers would be much more likely to use a kiosk to avoid the wait.

A line that long is a rare sight at an independent hotel, so kiosks wouldn’t be a good investment for smaller properties.

Bottom line: Instead of kiosks, Sjolander suggests independent hotels equip employees with tablets. This is a smarter alternative for a few reasons:

Virtual reality isn’t quite mainstream yet, but it’s all the rage in industries such as video games and film. Hotels are playing with the technology in ways that can transport potential guests to their properties from halfway across the globe.

It’s a powerful technology with convincing effects. Marriott is just one brand that has used virtual reality for unique marketing experiences:

Sjolander says there is some VR buzz; hotels are definitely at least talking about it. HTNG’s North American conference included a session on VR, but he says he had trouble finding speakers.

“None of the hotel companies trying it wanted to talk about it, which tells me they don’t really know what to do with it yet,” he says.

It’ll likely take more collaboration among VR content creators and hospitality experts before we see more uses that impact a hotel’s bottom line. In the meantime, Sjolander says there is a valuable B2B opportunity in using VR for meetings.

“I think it would be outstanding for meeting planners who would like to do site visits because they can’t afford it or can’t go,” he says.

Bottom line: VR headsets are affordable for independent properties and could be used to show off your rooms or to facilitate teleconferencing for those unable to travel.

Smartphone and Smartwatch Keys: Not Yet

The idea here is simple: When nearly 80 percent of Americans own a smartphone, hotels should offer ways for guests to use the technology in convenient ways, for example, using the device to get into their rooms.

Some major hotel chains have tested this technology and continue to offer it as an option. However, Sjolander, who is in regular contact with industry leaders, says the hotel giants just aren’t talking about it much. This tells him adoption is probably low.

“Plastic key cards work well and are cheap, and people are used to them,” he says. “So I think time will tell whether people really take to this or if it goes by the wayside.”

Although Gartner estimates smartwatch adoption will increase by 48 percent through 2017, the wearable devices are even less likely than smartphones to make a big enough splash to warrant Bluetooth lock technology.

In a past Software Advice survey on hotel technology, of those who currently own or plan to buy a smartwatch, only 28 percent say they were “much more likely” to book a room at a hotel with smartwatch keys.

Millions of smartwatches have been sold, but another large portion of consumers, including Sjolander, don’t see a justifiable use for the devices yet.

“I don’t have one, or see a need for one so maybe I don’t quite get it,” he says. “A few chains have enabled them for keys, but I’m not seeing a lot of traction there yet.”

Bottom line: If it isn’t broke, don’t invest in a more expensive way to do it. Plastic key cards are likely to remain an industry standard well into the future.

Facial Recognition: Not Even Close

At the bottom of our list is the most advanced technology of all. Facial recognition software is a big deal in security, as large hotels or airports can use cameras to scan crowds for persons-of-interest or for unusual patterns, Sjolander says.

From the past survey on hotel technology, few were more likely to book a hotel with facial recognition technology, even if it increased personalization. The idea is that a camera can recognize a former guest’s face and alert a hotel employee to greet them by name or prepare their check-in as they approach the property.

Sjolander predicts that this technology will remain in the realm of security.

“Using it for marketing purposes, not so much,” he says. “There’s also the creepiness factor that people pick up on.”

Bottom line: You have to strike a balance with hotel technology; the risk of creeping out guests isn’t worth the potential for personalization. Facial recognition is far off.

Tackle the Basics Before Investing in New Technology

Some of the technology discussed above can be used to draw new guests or increase efficiency, but Sjolander says hotels should focus on the basics before implementing any new technology.

Clean rooms and quick, friendly service are expected. From there, Sjolander says his organization is working with hotels to improve two key aspects of a hotel stay:

The challenge is offering the same in-room entertainment options without leaving a guest’s Netflix password available to anyone else.

HTNG is working on a solution, but independent hotels could allow guests to rent an Apple TV or other streaming device during their stay. Then, after they check-out, the hotel staff can restore the device to factory settings to remove the guest’s login information.

Independent hotels often lack the resources to test and implement some of the latest technology, but also have the advantage over large chains to offer a more personal experience, which doesn’t require any investment at all.

“We have to be balanced and realistic about what technology investments and projects we’re taking on, and don’t forget about the basics,” Sjolander says.

Keep an eye on the technology large hotel chains are testing, but focus on hospitality basics, strong Wi-Fi and in-room entertainment.

For more information on hotel technology, check out our 2015 Hotel Technology Survey, which reveals traveler preferences. You can also view the top hotel management software, many of which offer mobile functionality.

For additional questions or guidance about hotel technology or software, email me at taylorshort@softwareadvice.com. 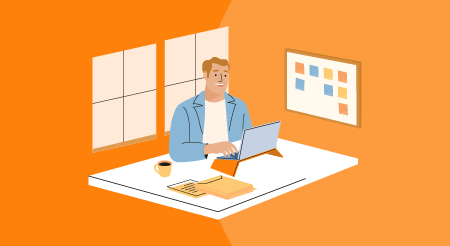 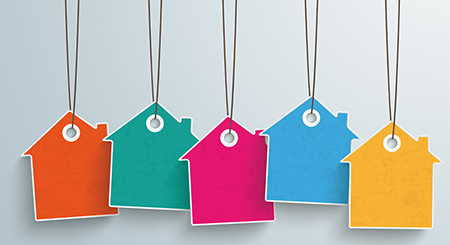