From Food Truck to Restaurant: 3 Indications You’re Ready to Expand

Your successful food truck business is selling out every day—and not a day goes by when customers aren’t calling for you to start a restaurant.

Is it the right time to take that leap and grow your humble food truck into a full-scale brick-and-mortar restaurant? Is there such a thing as the “right time”?

We spoke to three successful food trucks who went on to launch brick-and-mortar restaurants. One already had a long-term goal to launch a restaurant while the other two had no initial plans of opening their restaurants until they experienced overwhelming demand. All agree that food truck operators must ensure that they have consistently met certain key criteria before taking the big—and risky—step of launching a brick-and-mortar restaurant.

How to know you’re ready to expand:

“Cash is king. You need to make sure you have cash on hand as you move forward on projects.”

For food truck owners, having a positive cash flow is the lifeline of the business: it pays the bills, buys equipment and manages all other expenses necessary to keep your food truck going.

When Eric Silverstein, founder of The Peached Tortilla, tried to launch a brick-and-mortar restaurant in 2010, he found investors to be gun-shy.

“Ninety-five percent of the people I pitched balked,” he says. “They said I didn’t have enough experience to run a restaurant.” Silverstein then went ahead to raise money for a food truck instead. “Food trucks were starting to take the coasts by storm at that point, and I wanted in on the action,” he adds.

Silverstein continued to hold onto his long-term goal of owning a restaurant as he learned the ropes of food operations “while creating cash flow to help build a brick-and-mortar restaurant.”

“The goal was always to build the brand in lieu of crazy cash flow out of the food truck,” he says. His restaurant would launch five years later in 2015.

Silverstein states the importance of having cash on hand, especially in the early days: “Make sure you have the cash to open a restaurant, whether it’s raising money by giving up equity or taking on debt. Don’t under capitalize yourself where you have zero working capital and run dry of cash in month one.”

What does cash flow positive mean?

What’s the difference between being cash flow positive and being profitable?

While cash flow refers to when your food truck needs money, profit is what’s left after all your expenses are paid. You may make a profit for the month while still experiencing intermittent periods of cash flow shortfalls.

Profitable businesses can go bankrupt. Without having sufficient cash on hand to pay your employees, vendors and suppliers, you risk shutting down your restaurant.

Achieving and maintaining a cash flow positive food truck can be a full-time job. Silverstein recommends:

“As you grow, you (the owner) can’t be on site as much. Your management team needs to inspire those below them. In essence, they take your place.”

Have you built a group of employees that can take you to the next level? Are they a group that you can count on even during tough days?

As a food truck entrepreneur, it’s easy to fall into the trap of wanting to do it all on your own. You may be a one man show running a successful food truck but if your goal is to expand into a restaurant, you cannot do it without a team of reliable and motivated employees that can run the daily operations of your business.

It could be an expert chef to help prep and get your meals out at record time, or a savvy social media/marketing manager to give your food truck that publicity push, or that friendly cashier who is great at engaging your customers while they’re waiting in line for your food.

With a great staff, you can rest assured that your daily operations in every area are running smoothly.

The early days of starting a restaurant can be a lot like throwing darts at the dartboard, and hoping they stick, says Silverstein. “Sometimes you hit, sometimes you miss. You just need to fire a lot of darts” he says when asked how he went about building his team.

“We were catering bigger events, had a good following on social media, and got a decent amount of local and national press.”

For Heidi Garbo, launching a brick-and-mortar restaurant—Garbo’s—was never the main goal. Having a food truck enabled her to have a small menu while serving quality food.

However, two food trucks later, Garbo found herself scouting for a restaurant location out of basic necessity. “It came out of a need for a commissary for the food trucks—a place to wash your wares and store your products.”

At the same time, her customers were asking for a brick-and-mortar. “The community’s enthusiasm for our food trucks and for a restaurant changed my mind,” says Garbo, who launched her restaurant a year later in 2014.

“What really got me was the ask from the community. I always had people that said, ‘Oh, I would love to see you but your schedule doesn’t allow me to,’ or ‘Man, I wish I could eat with you on a Tuesday night.’ When I became overloaded on locations with two food trucks and still had the space and demand for more service, that’s when I knew it would be possible,” she says.

Halal Bros followed a similar path to restaurant expansion when it began seeing a strong base of returning customers who, too, were asking for more locations.

“Our customers—who were mostly students—started asking for more Halal food closer to their campus,” says Mohammad Attal, one of the three brothers that make up Halal Bros. “So we took their advice and started looking for a space.” The brothers operated their food truck for about two years before launching their brick-and-mortar.

Tips for Building a Strong Demand and Reputation

Both Garbo and Attal established a strong customer base and street cred before venturing out to their brick-and-mortar establishments. They recommend the following:

Thinking About Expanding Your Successful Food Truck to a Restaurant?

Silverstein admits that while “you don’t ever really know,” what you do in the meantime matters. “I was on the fence for a while; then I woke up one day and said: ‘It’s time to go for it.’ I had saved a bunch of cash from the business so, financially, we were much more stable. We had also established a catering leg of the business that was making money; it was a business we could continue running out of the restaurant,” he says.

When you consider what’s needed to take that leap–having tons of cash in hand, it’s clear it takes more than just gut instinct and luck for a restaurant expansion. Continuously working on honing your business and management skills while saving up cash will put you in good stead to take on the responsibilities and many moving parts a full-scale restaurant requires. 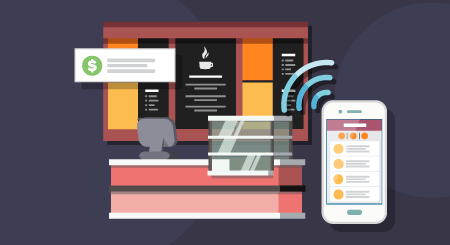 Why You Need to Take Your Restaurant Food Ordering In-House 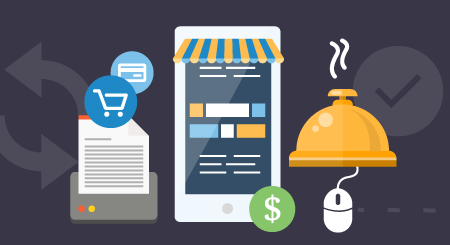 See how restaurant software can launch your brick-and-mortar