Is Google Building an AI-Powered EHR?

The Google brand has become so ubiquitous that it is consistently ranked among the top three most successful technology corporations the world has ever seen. One way it has achieved that ranking is by diversifying its revenue streams through a variety of offerings from AdWords to Google Fiber.

Because of that diversification and because of some popular news stories about Google’s recent activity in the healthcare market, there’s one big question on every healthcare IT mind right now: Is Google building an AI-powered EHR?

The answer is yes… sort of. Google is not creating an actual EHR system as you and I know it, but rather a set of healthcare tools that aim to enhance users’ experience and improve outcomes.

Behold the advent of Google Health.

Here’s what you need to know about Google’s EHR:

The Google EHR timeline of events

Google has confirmed that it has created an EHR-like clinical documentation tool, Google Health, but the process of building this system was not quick. Here’s a quick rundown of the timeline leading up to the current state of Google’s EHR product. 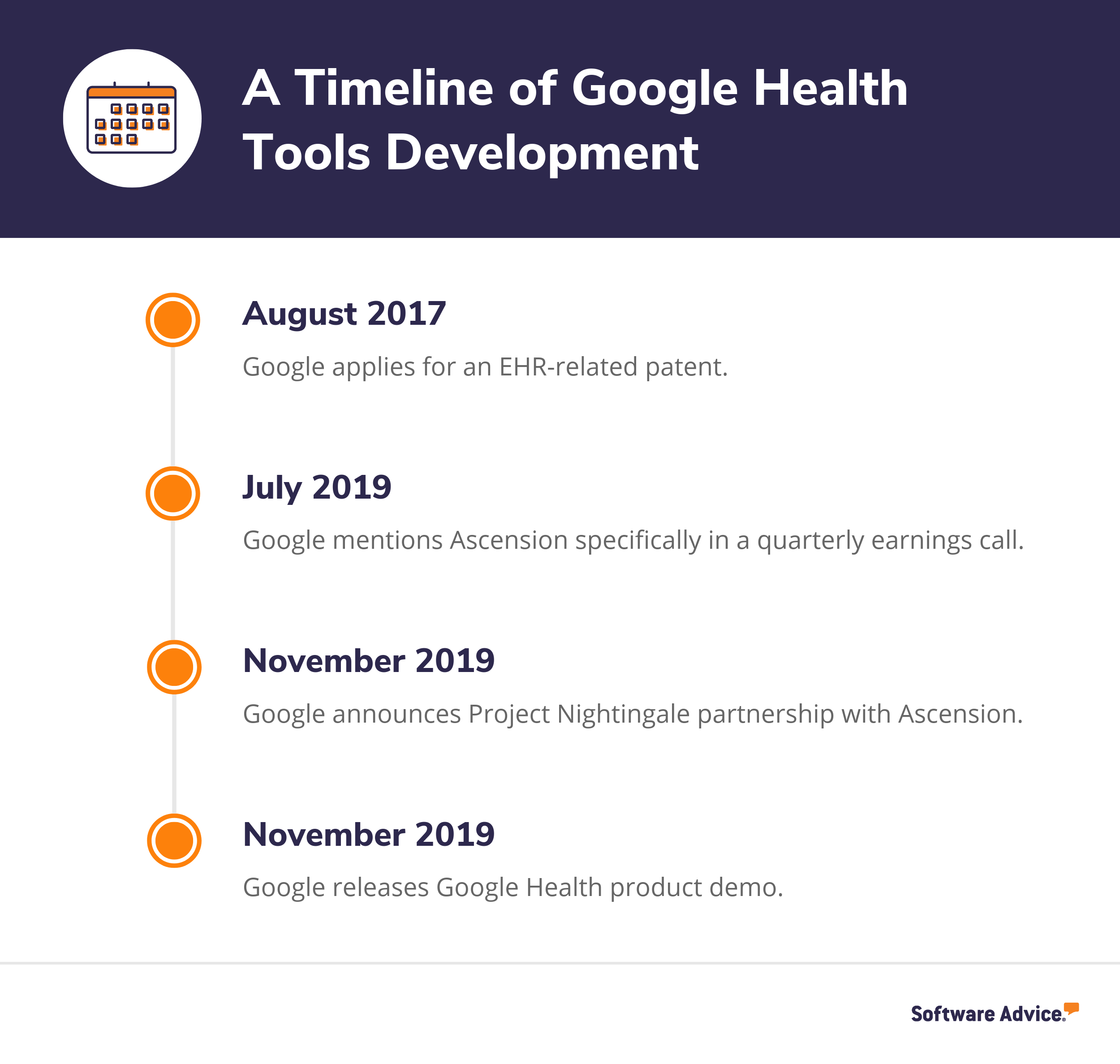 In August of 2017, Google filed a patent application for a healthcare system that would use deep learning to collect, aggregate, and analyze EHR data in order to predict medical events. The U.S. Patent Office disclosed Google’s application in February 2019 which spurred rumors of Google’s EHR plans and a lot of analysis of the patent.

The proposed system in the patent is broken down into three components:

In a quarterly earnings call that took place on July 25, 2019, Google CEO Sundar Pichai mentioned that Google Cloud’s AI and machine learning (ML) systems were being used by Ascension, a Catholic chain of hospitals with over 2,500 facilities, to “improve the healthcare experience and outcomes.”

No details were given beyond that brief mention of Ascension.

Four months later, news broke of Google’s partnership with Ascension to collect and analyze health data collected by the provider’s EHR systems across over 2,500 facilities. The effort was code-named Project Nightingale.

In the months since acquiring their patent, Google and Ascension have been working on a system that collects, stores, aggregates, and analyzes healthcare data and makes that data searchable for users.

A week after announcing Project Nightingale, Google released a demo of their new clinical tools.

Led by Dr. Alvin Rajkomar, practicing physician and product manager at Google, the demonstration video shows Google Health tools in use from the broad “Overview” tab all the way through detailed dashboards displaying things such as lab results and medications.

At this point, Google Health is still in the pilot phase and not yet available for clinical use.

Google EHR will use artificial intelligence

So Google is building out tools for healthcare professionals; no big surprise there. We know these tools will include a ton of features such as records systems, medications, labs, and other valuable integrations. Thanks to the patent Google filed back in 2017, we also know that Google Health tools will rely heavily on artificial intelligence (AI)—but how and why?

Artificial intelligence has been a growing technology in healthcare for a while now. The emerging applications of AI, from imaging assessment algorithms for diagnostics to coding assistance for administration, are doing wonders for the patient experience and are also improving outcomes.

We know that patients are on board with AI in healthcare as well. In a recent survey we conducted of nearly 1,000 U.S. patients, we found that 65% believe the adoption of artificial intelligence in healthcare is beneficial to the patient experience. In September of 2019, UK-based artificial intelligence company DeepMind joined Google Health to build out more robust healthcare tools that use AI. Together, these companies are expected to develop AI algorithms that rely on deep learning for faster, more accurate diagnosis and other clinical decision support features.

Google isn’t the first healthcare tech provider to incorporate artificial intelligence though so the next question you may be asking is, “How will Google Health differentiate from other traditional EHR systems?”

The answer, according to Google, is through better search functionality. Essentially, developers want to put a Google search bar at the top of every EHR that allows users to search through labs, vitals, records, and even scanned documents and hand-written notes.

Doctors will be able to search through all of this data using keywords or clinical shorthand (for example, searching “abx” will return all mentions of antibiotics). Additionally, Google Health’s search bar will utilize existing Google technologies such as autocomplete and autocorrect to overcome human error such as misspelled words or non-identical matches.

When will Google Health be available for clinical use?

The answer to this question is unfortunately still unclear.

Recently, lawmakers have expressed concerns about the Project Nightingale initiative with a bipartisan group of senators questioning a lack of disclosure from both Google and Ascension around the effort.

Additionally, Google Health is still in the testing phase, and Google has not yet publicly indicated when Google Health will be available for consumers.

In the meantime, providers still have options when it comes to EHRs and other medical tools with artificial intelligence capabilities. To learn more about the systems that are available for clinical use, you can schedule a call with our team of medical advisors. 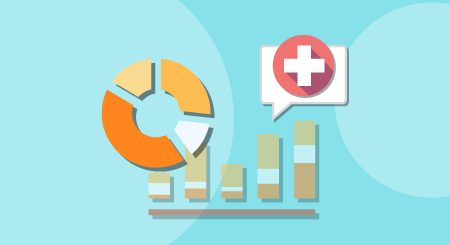 What Is Big Data in Healthcare and How Is It Already Being Used? 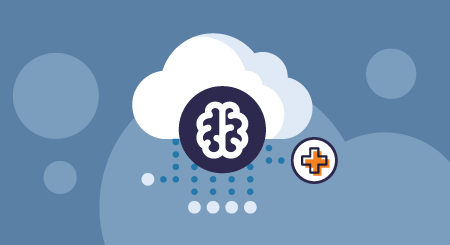 The Future of Artificial Intelligence in Healthcare Artificial Intelligence Is Transforming IT for Small Medical Practices