3 Types of Bad Tenants—and How to Avoid Them

Screening applicants is the first line of defense in avoiding bad tenants. But, not every property manager properly performs this critical step—in fact, about half of landlords don’t check for criminal background or contact past landlords.

While property management software can assist with screening, landlords need to know how to identify bad tenants who can negatively impact a business by not paying rent, forcing the eviction process or worse.

But don’t worry! You can save your time, money and sanity…

We spoke with two real estate experts to learn about three common bad tenant types, how to avoid them and how to deal with them if they’ve already moved in.

In this article, we’ll cover:

Most renters are well-behaved and pay rent on time, but not these nightmares. Below, we relay some real-life bad tenant horror stories and explain what property managers can do to deal with them.

A group of young professionals shared one of Hall’s rental properties. Three of these stooges decided to move out without contacting Hall, yet pretended to still live there and even continued to pay rent.

Then these renters began subletting the rooms to other unknown renters, charging them much more than Hall’s asking price.

“They were living somewhere else and continued to pay rent, but they were putting people in the house, and we had no idea who they were or where they came from,” he says.

About 15 days before the end of the lease agreement, Hall went to check in with the renters and see if they needed help moving out. Instead, he finds people he’s never met before in his property, who expect to stay for the next six months.

“The original renters also got security deposits from the subletters, which they never actually gave back,” Hall says. “Then they claimed we never gave deposits back, but that wasn’t true either, so they were lying about everything to keep every penny they had.”

The secret subletters tried to sue Hall because he charged them for a damaged wall in the house. In the end, the judge threw out the suit and Hall regained the subletting fee the three were trying to get out of.

Moral of the story: Clearly explain your rules and fees for subletting to applicants and place an “exclusivity” clause in the lease.

Screening tips: This type can be difficult to spot through a screening, but you can check with past landlords to see if the tenant has sublet their property in the past. That’s not a perfect indicator, of course; great tenants sometimes need to sublet to make other living arrangements work.

Brandon Turner is VP of Marketing and Communications and a podcaster for BiggerPockets, a real estate information resource. He offers a couple other details that could tip off a property manager that the applicant(s) may have alternate plans for the house or apartment:

Be wary of these types of comments, ask for explanations and proceed with caution.

After they’ve moved in: If secret subletting is a problem with an existing tenant, check the lease details for an “exclusivity” clause. This legal language gives the tenant (and their children) the sole right to occupy the property, but prevents them from moving in other family or friends.

Hall says this clause is crucial; unknown tenants in your property is an insurance and liability issue. 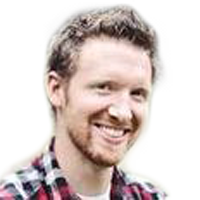 “As soon as you have unknown people in that house, now you have to evict them, but you don’t have a relationship or lease with that person,” he says. “They’re just strangers, and that’s a dangerous place to be.”

Brandon Turner, VP of Marketing and Communications for BiggerPockets

Antonella, a former property manager of seven years, had a tenant who began paying rent regularly for a California townhouse. Eventually, the tenant started paying only every other month, hoping to skip out on half the rent.

“Since I had him paying me via direct deposit, I wasn’t as diligent as I should have been in terms of watching for the deposit each month,” Antonella says. “It took me a while to catch on to what he was doing.”

Since she was living in a different state, Antonella sent her realtor to contact the renter, Joseph, who wasn’t returning her calls or emails. She eventually had to hire lawyers to draft some clearly-worded letters to Joseph, and he repaid her over time.

“While I like to see the best in people, I should have been a bit more cautious when I saw his credit score,” Antonella says.

Moral of the story: Getting paid is the most important job for a landlord. Check with the last two landlords and use a dedicated accountant and/or software to track every payment.

“[Property managers] cut corners or say it’s ‘good enough,’” Hall says. “That’s the first rule: Do a great job screening, and there are a lot of criteria for that.”

For this situation, he says property managers should contact the applicant’s previous two landlords to ensure they’ve paid rent on-time, every time.

Turner adds that a thorough credit check is also important to weed these types out.

“If they can’t pay their other bills on time, they likely won’t pay you,” Turner says.

After they’ve moved in: Even with direct deposit, it’s critical to track each payment month-to-month. Turner stresses the importance of “training” tenants by sticking to the agreed due dates in the lease and following up with “pay or vacate” letters when rent is late.

“When a tenant is one-day late with the rent, they need to be served a legal notice to ‘pay or vacate’ as well as a late-fee, where applicable by law,” he says. “This will train the tenant that paying rent is serious business.”

Former apartment manager, Nedalee, was helping her grandmother operate a property in California. Into the parking lot comes Mario in his sleek black Jaguar. He’s retired military, a widower, an author and homeowner, all according to his impeccable cover letter, Nedalee says.

“When I offered to run a background check, my grandmother did not feel it was needed,” she says. “Big mistake!”

Eleven days into his occupancy, Mario’s respectable appearance switched to what seemed like a different person.

What followed was a series of bizarre behaviors that caused problems for Nedalee and her grandmother.

Mario demanded free rent and tried to file restraining orders against the landlords. He caused loads of damage to the apartment, including bloody wall stains from thawing meat and buckled wood flooring from water exposure. Nedalee says Mario also harassed her and her blind grandmother.

She was fed up and looked into his public legal filings where she found several evictions, restraining orders and other legal entanglements he’d accumulated over the years. It turns out Mario forgotten to list one thing on his impressive cover letter: He was quite litigious.

He eventually moved out, after costing Nedalee a lot of money and time, and creating a lot of stress during his reign of terror.

Moral of the story: Always perform a background check, contact past landlords and listen closely to applicant complaints.

Screening tips: Background checks can reveal a lot about the behavior of a prospective tenant, such as evictions, criminal convictions and other legal incidents.

Additionally, Turner adds that face-to-face interactions can potentially foreshadow problems. For example, listen for excessive complaints about past landlords. More specifically, listen to what they complain about—they’ll likely have similar complaints about you, he says.

Secondly, contact not only the current landlord, but also the one prior. Those landlords are more likely to know whether that person moved out with or without problems.

“Current landlords might lie and give an overly good recommendation just to get a ‘misleading manipulator’ out of their property and into yours!”

Brandon Turner, VP of Marketing and Communications for BiggerPockets

Hall adds that an eviction search is important as well; If the tenant has an eviction record, this means they were found guilty of violating the lease in some way.

“These types of tenants will never see their wrongdoing, and are very likely to see themselves in an eviction situation again,” he says.

After they’ve moved in: If reasoning with the tenant is out of the question, then you may have to rely on the strength of your lease details and whatever recourse you can take legally.

And, if the law allows, property managers can “fire the tenant” when the lease is expired and ask them to move, Turner says. If all else fails, the eviction process is the next option.

Sometimes nothing but eviction will remove a bad tenant from your property. Hall explains that there are two reasons to pursue eviction:

These situations are handled differently, and each state has varying laws regarding how much time a landlord must give a tenant to remedy the issue.

For example, a tenant may bring home puppies when they’re not allowed to have pets.

“If it’s a material violation, they generally have more time to fix it because it’s not as serious of an issue,” Hall says.

So, a tenant with puppies could get 10-30 days to remove the animals, while a tenant who doesn’t pay rent may get an immediate notice to vacate (in some states) or up to 15 days to pay or leave.

In either situation, the steps below can help you through the eviction process:

Step 1: For either type of violation, the landlord should send an official notice to the tenant explaining the violation, how they can remedy it and how long they have to do so.

“That’s the official first step everybody has to go through before you can even think about filing for eviction,” Hall says.

Step 2: If the tenant doesn’t remedy or leave the property, then you must terminate the lease. This means the tenant has officially lost the right to live there.

This doesn’t necessarily mean the tenant will leave, however. And now comes the eviction.

Step 3: Go to your local courthouse and file the paperwork for an eviction with proof that the tenant was notified in compliance with your specific state law.

In many states, Hall says, the tenant is allowed to pay what they owe the landlord for financial violations up until the actual court date, which could be 2-6 weeks after filing. If the tenant shows up, then the judge will see the case. If they don’t, then the landlord automatically wins.

Step 4: If you, the landlord, are awarded by the judge, you can then hire the local police department to physically remove the tenant, using what is called a writ of possession.

After the tenant is gone, the landlord can then change locks and ensure the tenant is unable to move back in. After they’re gone, you may find that they still owe you money, but Hall says landlords have a few options.

Step 5: Recoup any other losses by hiring a collections agency, file to garnish their wages or even claim their tax refund.

While eviction can be effective, it’s a slow process that is better avoided if at all possible. 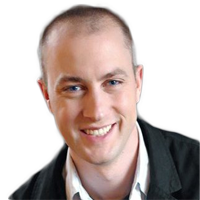 “You’re looking at all of that time where you’ve got this missing rent, plus whatever they owe you before that. It’s a whole lot cheaper and easier if you can screen them out in the beginning.”

Lucas Hall, Head of Industry Relations at Cozy and founder of Landlordology.com

If you need more help with screening or evictions, here are a couple of options: 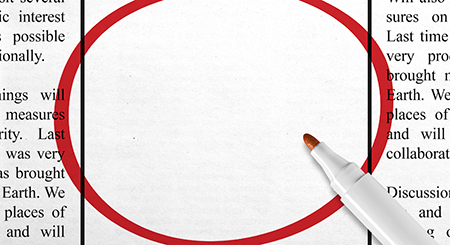 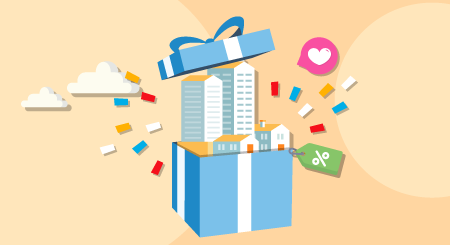