And about two-thirds of those fatalities can be placed in one of four categories—the “fatal four,” as they are known: falls, struck by object, electrocution and caught in-between.

If just these four types of workplace hazards were eliminated, it would save 631 workers’ lives in America every single year, according to the Occupational Safety and Health Administration.

Construction firms are constantly worried about the fatal four, and for good reason. These are the leading causes of death in the construction industry, and firms that fail to avoid them risk devastating lawsuits.

Construction firms must take one action in each of the four categories in order to reduce the risk of a fatal incident on their job site, which will cause massive disruption to a construction firm and potentially result in devastating lawsuits.

Here are the four most common workplace hazards:

Falls are the No. 1 cause of death in construction, and it’s not even close. In 2016, 370 workers lost their lives for this reason, making up a huge chunk of the 991 total construction fatalities that year. In construction, workers often have to do their jobs high in the air, and that means a constant risk of serious injury or death when proper safety protocols aren’t followed.

Falls happen for a lot of reasons: human error, lack of safety equipment, or areas that should have been cordoned off from workers that weren’t. Sometimes the scaffolding will collapse, or there may not be any guardrails in the work area, or the floors may be slippery.

According to one 2016 study, falling from scaffolding was the most common type of fall, making up 23 percent of instances, followed closely by falls from a ladder at 17 percent.

There are a few things you can do to reduce the risk of a fatality on your job site from a fall.

Invest in protective equipment: Conduct a full audit of your safety gear and determine if any of them are faulty or could be improved by new equipment. Make the investment now in the right gear that meets OSHA standards—it will cost a fraction of what it would if you were to have a safety incident.

Highly complex tasks at heights: Task complexity is a big factor in fall risk, the above study found. If your employees are working on something complicated at heights, they could be distracted from the risks around them. Break up the task and either lengthen the time to complete the task or share it between workers to reduce its complexity.

Design for safety: The study also listed “design for safety” as one of the most common recommendations for avoiding falls, but it noted that the concept “has yet to be adopted from the whole lifecycle perspective.” You should be thinking about safety beginning at the design phase—waiting until the project is underway is too late. Technology such as building information modeling (BIM) software can help you do this.

Struck-by-object injuries happen when there is some sort of “forcible contact or impact” between a person and an object, OSHA says. There is some overlap between a struck-by-object event and a caught in-between event—if the impact of the object alone caused the injury, it is the former. It is the second most common of the fatal four, making up 9.4 percent of injuries in 2016.

The object can be flying, falling, swinging or rolling. OSHA provides the following examples, which shows just how many types of incidents can fall into this category:

You need to take action steps in all four types of struck-by events to prevent them.

Flying objects: These are often caused by things like nail gun discharges and thrown tools or debris. Construction firms can prevent these types of injuries by making sure workers are always wearing safety glasses or a face shield when using power tools, as well as hard hats. Firms should also have safety guidelines in place to prevent workers from putting themselves in a position where they could be struck—for example, workers could be forbidden from working on the opposite side of plywood when someone is using a nail gun.

Falling objects: These injuries are caused by everything from a suspended load coming loose to an object knocked off some scaffolding. Construction managers should always cordon off areas where work is being done above. Workers also should never drop items. Construction managers should go an additional step and install debris nets and catch platforms underneath workers.

Swinging objects: When large loads are being moved, construction managers should cordon off the area within the swing radius. Workers should also ensure that the heavy equipment operator can always see them.

Rolling objects: Vehicles are the most common cause of this type of struck-by incident, although anything that rolls is a hazard. Workers should avoid areas where heavy equipment is operating and always make sure the operator can see them if they need to be in the area. Set up heavy equipment training for your workers to ensure that everyone is all on the same page.

Electrocution isn’t far behind struck-by-object in terms of total deaths, as it accounted for 8.3 percent of fatalities in 2016. Construction sites present a high risk of electrocution because the electrical sources aren’t yet safely tucked behind walls and insulation.

Typically, electricity flows through wires, which act as a safe pathway for the energy. But when a human body suddenly becomes the conductor by coming into contact with the electrical current, there is a risk of serious injury or even death.

Overhead power lines, energized sources, and improper power cord use are some of the main causes of electrocutions.

Power lines: The best way to avoid problems from power lines is simple: avoid them and stay a safe distance. Only people with the equipment and the know-how should be working on them. Have protocols in place to establish a perimeter around these areas. When your workers absolutely have to work around power lines, require that they use non-conductive tools and equipment. Also, before you start work underground, locate and identify utilities to prevent your workers accidentally coming across them.

Energized sources: Defective equipment is a big cause of this type of electrocution. Conduct regular inspections of all equipment powered by electricity to prevent these situations. Train your workers in how to spot unsafe equipment and how to safely use all equipment connected to an energy source.

Improper power cord usage: Power cords should be in good condition and they should not overload an outlet. Conduct regular safety checks of power cords to ensure they are meeting OSHA standards.

Caught in-between rounds out the list of the “fatal four,” but it is by no means uncommon: it accounted for 7.3 percent of deaths in 2016, similar to electrocutions and struck-by-object incidents. And as noted above, there is significant overlap with falls.

In this situation, a worker is caught in between two objects that cause crushing injuries. Some examples include cave-ins, being pulled into machinery, and getting caught between moving objects like a truck and a dock wall.

Machinery with unguarded moving parts: Moving mechanical parts present a grave risk to workers. A gear can catch someone’s hair and pull it into the machine in seconds, or a conveyor belt can snare someone’s arm, for example. Most construction sites have this type of machinery, which will inevitably require maintenance or repair. All machinery must be properly guarded or de-energized, OSHA says. Machines that aren’t may accidentally start up and cause injury or death to a worker.

Burying: Many caught in-between incidents happen when a trench or wall collapses on a worker below. Construction managers should examine and ensure the structural integrity of such a structure before any workers are sent down to work under it. If it looks unstable, the trench will need to have sloping or shoring to prevent a deadly cave-in.

Pinned between: Workers are pinned between equipment and solid objects for a variety of reasons. To prevent these incidents, ensure that machinery is sufficiently secured or supported, keep workers away from heavy equipment that is operating, and have workers alert the operator to their presence if they absolutely have to work in the area.

Fatalities in construction aren’t always avoidable. Sometimes, a series of unforeseeable accidents combine to result in a tragedy. But many of them are totally preventable and just need a construction manager who is willing to put the time and effort into it and make the lives of their employees their top priority. Here are some steps you can take right now to reduce the likelihood of a fatal four event on your construction site.

Find the Right Construction Software for Your Firm
Compare Software 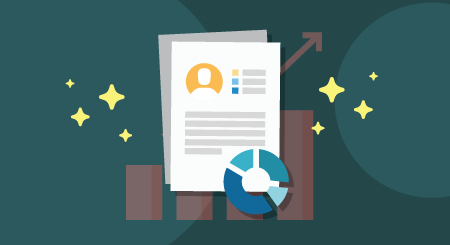 How to Get Top Subcontractor Performance on Your Construction Project Eliminate Construction Overtime With These Strategies 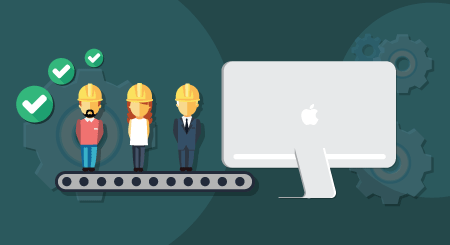 Find the Right Construction Software for Your Firm