While new sensor, mobile and wireless technologies are driving the evolution of the internet of things (IoT), the true business value of the IoT lies in big data analytics rather than hardware novelties.

After all, why transmit information from IoT devices to the end user if you don’t have an analytics platform rich enough to extract insights from it or transform it into meaningful consumer experiences?

We’ve spoken with some leading software developers who are pioneering the bleeding edge of IoT analytics to help you understand how it’s enabling transformative business opportunities.

What’s Special About IoT Analytics?
Use Case #1: Consumer Product Usage Analysis for Marketing
Use Case #2: Serving Consumers and Business Users With the Same Analytics
Use Case #3: Sensors and Cameras Enable Connected Events
Use Case #4: Video Analytics for Surveillance and Safety
Steps Toward Implementation

The first thing to understand about analytics on IoT data is that it involves datasets generated by sensors, which are now both cheap and sophisticated enough to support a seemingly endless variety of use cases.

The potential of sensors lies in their ability to gather data about the physical environment, which can then be analyzed or combined with other forms of data to detect patterns.

Dr. Joachim Schaper is senior vice president of research and head of the advanced analytics lab at AGT International (a leading player in the emerging IoT analytics market). His views represent the combined expertise and experience of AGT’s R&D team, which includes more than 80 people.

Schaper explains that sensor data can also be used to understand people as well as things: 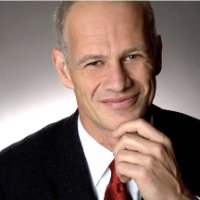 “The ability of sensors to understand physics reveals some of the real-time context around a given person, which can then be combined with the expressiveness of social media data to yield a strong understanding of an individual person or a group of people. If this is done right, it can enable a huge set of new services for the consumer.”

The following video shows AGT’s solutions at work. In this example, machine learning-assisted video analytics track an audience’s movements during a basketball game to reveal the crowd’s level of engagement:
Heat map of a crowd’s movements created with AGT’s video analytics
As this example shows, it’s important to remember that the IoT isn’t just about sensor data. The ultimate goal of IoT analytics is understanding people rather than things.

We’ll discuss this use case in greater detail below. Other kinds of data than sensor data that are involved in IoT projects include:

To say that these types of data aren’t specific to the IoT is to miss the point. In many cases, the value of sensor data only becomes clear when it’s integrated and correlated with other data sources.

Let’s take a look now at some use cases for IoT analytics and business intelligence that can drive transformative business impacts across a number of verticals.

IoT solutions have the potential to completely rewrite how businesses think of their customers.

One way in which this is happening already is by analyzing information about how consumers use a business’s internet-connected products.

By way of example, take the following dashboard from Birst, a developer of self-service and guided analytics solutions:

Get Price
Compare Products
Product usage data collated with social media and revenue data in Birst
Farnaz Erfan, senior director of product strategy at Birst, explains how IoT connected coffee makers transmit information to the manufacturer about how many pots of coffee a consumer is brewing per day.

Use Case #2: Serving Consumers and Business Users With the Same Analytics

One fascinating aspect of analytics on IoT data that Erfan highlights is the potential for analytics to be both business-facing and consumer-facing at the same time.

By way of example, Erfan mentions a Birst deployment for a utilities client selling smart energy meters that don’t require meter readers: “They sell into state and county governments as well as private energy providers, so that organizations can perform fraud detection on the meter data as well as revenue projections.”

“The other channel, however, is consumer-oriented,” she says, “as the analytics enable portals for consumers to manage their energy consumption, see how much they’re over and under other households in the neighborhood, turn appliances on and off to determine how they impact energy usage etc.”

In this case, the business generates value from the same analytics in two ways:

One of the most exciting domains in IoT analytics is the emerging field of social analytics.

Social analytics involves using sensor data, video data, social media data etc. to gain actionable insights into the personalities and behaviors of individuals and groups. AGT has helped to establish this field through its pioneering focus on “connected events.”

Connected events are ones in which large-scale sensor deployments assist with understanding and enhancing the experiences of participants.

Schaper explains that at connected events, the “things” on which sensors are deployed are people:

“We have created a complete solution on mobile with the respective backend analytics for fashion and for the European Basketball League. What we’ve done there is to deploy IoT sensors at the venue, on the models in the case of fashion shows and on the referees and coaches in the case of basketball games.”

These sensors enable the analysis of human emotions rather than device usage (a form of analytics known as sentiment analysis).

“AGT is using video (facial expressions), accelerometers and gyros (motion), audio (cheering and booing), heart rate (excitement), skin conductance (stress) etc., coupled with machine-learning based analytics to infer people’s emotions in a way that was not possible before.”

For instance, Schaper explains that biometric sensors on coaches link the motions of this notoriously fidgety demographic to their feelings about the game, as we saw in the video at the beginning of this report.

“We’ve created a so-called ‘agitation index’ for coaches, which analyzes movement to measure their level of involvement throughout the game. If you then relate this data to the game data (when free throws happen, when 3-pointers happen etc.), you get very interesting correlations.”

Using AGT’s video analytics to create an agitation index for coaches
Much of what AGT does at connected events extends beyond sensor data into the field of video analytics, particularly a form of analytics based on machine learning that AGT calls “video anomaly detection.” He explains that this kind of video analytics “takes the raw input from a camera and learns the scene.”

The internet of things is thus expanding to include cameras as rich data sources alongside sensors, frequently in order to analyze the same situation from different perspectives than those offered by sensors.

Facial recognition and motion detection are both crucial areas in enabling social analytics via video.

In the case of fashion shows, Schaper notes, “we can use motion detection to determine where the audience is actually looking to detect events that draw the attention of the whole group. We measure that by looking at their faces and using eye position and mouth position to understand the focus and level of interest of the person.”

Currently, social analytics is creating business value through supporting the video capture of important moments at events. By analyzing the emotions, behaviors and focal points of a crowd to pinpoint the highlights of the event, video clips can be created that tie in naturally with the interests of the crowd (and, by extension, online viewers as well).

AGT’s video analytics have helped in the creation of short stories and YouTube clips by delivering recommendations to editors about which moments at an event were most significant for the audience and for participants.

Schaper notes that this content went on to rack up 2 million views across Facebook and YouTube, along with branded videos showing the use of machine learning to understand the emotional states of models:


AGT machine-learning technologies read models’ emotional states
Strategic takeaway: The potential for the generation of media and the enhancement of events through IoT solutions is just now becoming clear, and early adopters for whom customer experience is mission-critical should assess their bandwidth for projects in this space.

Use Case #4: Video Analytics for Surveillance and Safety

AGT actually got its start in protecting oilfield infrastructure through deployments of cameras alongside motion and radar sensors.

In surveillance contexts, the detection of anomalies is crucial, and AGT does this through a novel mechanism: “We let the machine try to figure out what the state of the feed is and derive normal or abnormal things over time. We create anomaly indices, and if something pushes past threshold it’s counted as an anomaly.”

Human operators monitoring the sensor feeds can even adjust the threshold for what counts as an event worthy of their attention, as in the following example of a traffic management system based on video analytics:

Adjusting anomaly indices in AGT’s video-based traffic management system
The line in the graph at the bottom represents the threshold of significance set by the operator, while peaks indicate anomalous events (a stalled car, a car moving in the wrong direction etc.) that pass the threshold and hence require the attention of a human being.

Because this technology is based on machine learning, Schaper explains, users don’t have to define complex rules to determine what counts as an event.

Such technologies are useful for adjusting operations, as well as for ensuring safety. AGT’s video analytics are also being used to manage crowd movements in queues and crowd density at events.

The use cases we’ve examined should give you some idea of the breadth of what you can achieve with IoT analytics.

We haven’t covered the details of the enabling technologies behind IoT platforms, which use specialized types of data science to deal with vast, real-time datasets generated by sensors. Research firm Gartner covers these technologies, along with artificial intelligence and industrial IoT tools, and the analytical methods used with them in a report on best practices for IoT analytics (this content is available to Gartner clients).

If you’re looking to begin comparing vendors, reference our comprehensive listing of end-to-end BI platforms. Many of these vendors can act as technology partners for IoT projects, as we’ve seen in the examples discussed in this report. Supply Chain Analytics Trends: The Internet of Things and More 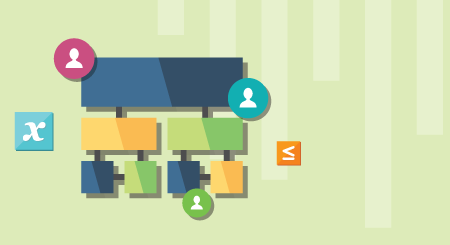 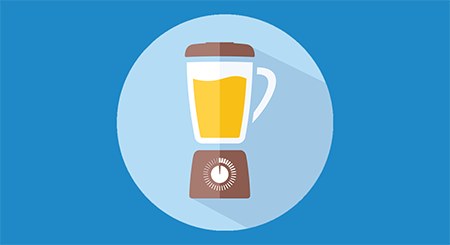 What Is Data Blending, and Which Tools Make It Easier?