As a researcher who covers the project management software market, I’m always interested to learn about a vendor adding new features to their solution.

Being married to a software developer, the announcement that popular code repository, GitLab, added kanban-style issue boards received particular interest in my household.

I heard the news initially from industry publications, but it was reading Reddit posts from developers discussing these additions that really got me wondering: What do these changes mean for users?

To answer this question, we spoke with GitLab’s vice president of product, Job van der Voort, to discover how these recent developments can be expected to impact their user base.

With van der Voort’s insights, we’ve created this guide to help the software development community better understand how these changes will impact their workflows in both the short and long term.

An Overview of GitLab

Before we dive into GitLab’s new issues board feature, let’s start with a short product overview explaining how this platform fits into the larger project management space.

GitLab is available in the following editions:

On the 22nd of every month, GitLab issues a new release. In that month’s time, the GitLab team works to fix bugs, build new features and, perhaps most importantly, roadmap how to integrate user feedback into the platform. 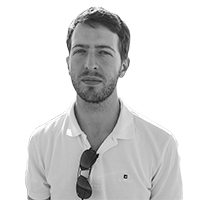 “We build something that we think is a good idea, then we look at the feedback and we listen to the community and listen to our customers on how we should improve upon this, how we should iterate on this.”

He continues, “The cycle time comes down to a month where one month we release one feature, or one specific thing, and the next month we are immediately able to iterate upon that.”

GitLab 8.11 was released in August of 2016 and introduced the new issue boards functionality—a feature that van der Voort says was highly requested by users.

“We had a powerful issue tracker that had many functionalities, but it didn’t have yet this visual way of working,” says van der Voort.

“People typically use Trello or Asana for this. And [users] have been asking us to integrate this with GitLab so they can work in the same kind of way as they are used to with these other types of platforms.”

Visual project management is conducive for software development because teams can map out their workflows and see at a glance the status of their project.

Even without project management software to automate the process, development teams may use Post-it notes on a whiteboard or wall to illustrate their tasks and the flow of work between different development stages.

As van der Voort mentioned, prior to GitLab’s addition of this new feature, teams were using other visual management tools, such as Trello, to perform this function.

Now, teams have the option of mapping out their workflows in the same application, rather than splitting their time and efforts between multiple tools.

What This Change Means for Users

The new issue boards will benefit users in a variety of ways. Here’s a breakdown of what users can expect from this tool, both now and in upcoming releases.

Teams who have used kanban or scrum boards in the past will be familiar with how GitLab’s issue board operates. Users have a board for every project which lists the backlog of open to-dos and subsequent lists, or columns, that align with various stages of a workflow. In the example below, there’s a backlog, a column for UX, one for Frontend, Backend and Done.

Get Price
Compare Products
Issue board in GitLab
Do you have feedback about GitLab? Visit our reviews page and click the “write a review” button to rate the platform.

Users can pull an issue off the backlog and drag-and-drop the card to the appropriate column as they progress through each stage.

Issues are automatically sorted by priority, so the highest-priority items will always be at the top of each list. This allows team members and managers to see at a glance the status of every item on the board.

The issue boards also have a label feature that helps teams create and streamline workflows. Teams can define lists with labels and then, as they move an issue from one list to another, the label is automatically removed from where it was and moved to its new list.

According to van der Voort, a primary goal for the issue boards is to make the transition between the different stages within the software development life cycle as smooth as possible.

“In order to move faster within the stages of planning and implementation, the handoff between different parties has to be very easy and very fast and this is why we insisted on making something that gives you the benefit of creating a workflow.”

Larger teams using the Enterprise edition can look forward to upcoming releases bringing them multiple boards and even group-level boards. So rather than one board per project, with multiple boards there would be one board for each stage within the project.

This allows users to make more detailed lists that more accurately reflect the various steps within each stage. For example, within UX there might be planning, design, mock-up etc., all before it gets to the next stage.

Additionally, van der Voort says that because of the label feature, as updates are made on one board, it will automatically update the same issue across all the other boards.

Group-level boards would allow teams to keep track of multiple ongoing projects from the same place. This will be especially helpful for managers when gauging their team’s bandwidth to take on additional projects and more accurately estimating those projects’ timelines.

GitLab’s philosophy is that software development should happen within a shared, collaborative workspace. Their goal for GitLab is to integrate all the tools developers need and want in a single application.

This integrated environment supports developers throughout the entire development life cycle, from idea to coding and testing, through production and gathering feedback. Rather than using different tools for each of these stages, teams can centralize their efforts in a single platform.

When this process is segmented between different tools, it can be costly to purchase and maintain and puts a heavy drain on productivity, says van der Voort. It also puts teams at a greater risk of information loss and error.

“Our vision is that everything should happen in the same place. There shouldn’t be any work required up front and during to set up these integrations and maintain them. We think that every stakeholder in the process should be able to connect easily and do whatever they need to do and it shouldn’t be necessary to constantly switch between [tools]. Because a lot of time and a lot of information is lost between those steps.”

GitLab’s willingness to listen to and incorporate user feedback demonstrates their desire to become a power player in this space. The addition of issue boards will only help them as they endeavor toward their goal of creating an all-in-one software development tool that teams can use to take ideas into production.

And the competition is listening too. Shortly after GitLab’s issue board release, another popular code-repository, GitHub, announced their projects board feature. It will be interesting to see if this trend continues.

For more information about the project management tools available to software developers, email me at eileen@softwareadvice.com. I’m available to answer any questions you might have and can even get you set up with a price quote or demo when you’re ready to start evaluating solutions. How To Select and Implement Project Management Software [INFOGRAPHIC]

Kanban vs Scrum: Tips for Choosing the Right System