How One Woman Built Disqus’ HR Department From Scratch

For most startups, human resources (HR) isn’t their first priority—most are focused on improving their product, growing revenue and drawing attention to their brand.

But as your company begins to flourish, the team you once managed directly starts to grow, too. Issues that could have once been solved with a quick email or short conversation grow more complex. You realize you need a formal HR department—or at the very least, a designated HR person—to help transition from startup to viable, expanding business.

To find out how one woman successfully tackled her start-up’s HR needs without losing momentum or efficiency, we interviewed the head of HR at Disqus, a startup that went through these growing pains and came out on top. The company provides blog comment hosting services for websites and online communities (See the comment box at the bottom of this article? Disqus powers that). Since its founding in 2007, the company has grown in size by over 400 percent, and quickly reached a point where a designated HR person was needed. 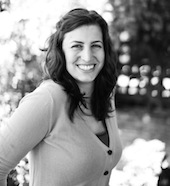 In the ensuing three years, however, Disqus grew quickly, leading Rohrer to take on more and more responsibility. She learned quite a bit in the process, eventually assuming the title of “Head of People Operations,” and now oversees all HR functions for a company of 62 employees—and growing.

Many HR professionals likely have a similar story to Rohrer’s. But what makes her story particularly interesting is her tireless commitment to improving not only her own professional capabilities, but her dedication to helping others in the field. In addition to serving as Disqus’ top HR person, she also co-founded the group Organization Organizers, which aims to help other HR and business operations professionals at startups.

I caught up with Rohrer to learn what insights she can offer other HR professionals—or office managers with increasing responsibilities—to help guide them through the early years of startup life and successfully create their own thriving HR departments. Here’s her story.

The Early Years Without HR

When Rohrer started at Disqus in 2010, the CEO had been handling all of the mandatory HR tasks, such as employee benefits, offer letters and performance management. On the financial side, the company employed what Rohrer calls a “rent-a-CFO,” or outsourcing service, to handle payroll.

As for the less essential facets of HR, such as employee training and onboarding, there was no process whatsoever. Even basic office supplies were hard to come by—”I didn’t even have my own computer until I ordered it myself!” Rohrer says. 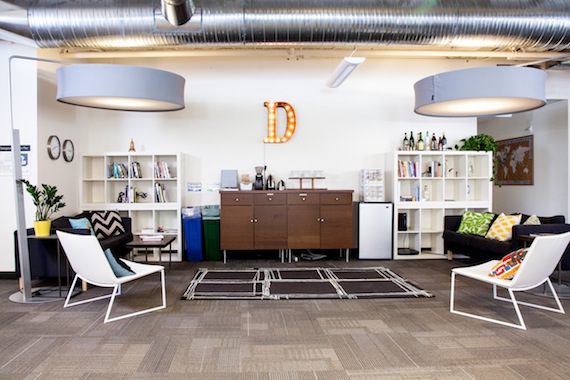 Staff training was ad hoc at best. Employees were brought up to speed on best practices and standard departmental processes as their peers had time, or as issues arose. The company didn’t even keep files on employees. “People weren’t really being actively managed, since it was very much a scrappy, DIY startup culture, and a very small team,” Rohrer explains.

Although the CEO was as involved as he could be while still addressing all the other aspects of a growing business, in Rohrer’s words, the management style was “very laissez-faire.” The company relied on a “completely flat” organizational model, meaning there were no managers, directors or hierarchy of any kind. “Every single employee reported to the CEO,” Rohrer says.

Though this “flat” model worked for a while, it became less effective as Disqus grew. When the company hit 20-25 people, Rohrer knew something had to give. “Our CEO was holding [20-25] performance reviews twice a year and overseeing all departments, all while trying to meet his CEO responsibilities,” she says. “It just wasn’t scalable.”

Realizing that some form of management hierarchy was necessary, Rohrer and the CEO began to discuss appointing people to lead the Product Development, Engineering and Advertising teams. Disqus now has a formal management structure in place, which includes VPs and a few mid-level managers and directors in some departments.

Despite this new hierarchy, Rohrer says the company still tries to foster a culture of trust and independence. “We hire entrepreneurial people who don’t need micromanaging, and we encourage our executives to manage accordingly,” she says.

As a result, Disqus functions at a higher level. There is now better communication between departments, and streamlined, standardized company-wide processes. It has also allowed Disqus to continue to grow while simultaneously retaining an office atmosphere Rohrer says is “still pretty flat culturally,” much like it was when the company was still a small startup.

Building an HR Team From the Ground Up

While assisting the CEO with the redefinition of roles and the organizational structure in Disqus’ other departments, Rohrer was also in the process of defining her own position—essentially creating her own department from the ground up.

When Rohrer started as office manager, her role wasn’t well-defined. Instead, she was a “Jill-of-all-trades,” organizing office supplies, events, facilities maintenance, IT and even taking on miscellaneous business development tasks. While juggling all these roles, she also became a one woman HR department, taking HR tasks off of the CEO’s already too full plate.

Rohrer says she was more than happy to take on these additional responsibilities. “I’m kind of an HR nerd, and was really excited to get the opportunity to do it,” she says. While her enthusiasm didn’t wane as time wore on, as the company grew, Rohrer began spending so much time on HR tasks that she realized she needed support.

As with many rapidly growing startups, finding the right people to continue Disqus’ growth trajectory topped the list of Rohrer’s HR to-dos, so she decided to bring on someone to help organize the company’s recruiting efforts. In November 2011, almost one year after Rohrer began at Disqus, she doubled the size of her HR department by hiring a recruiting coordinator.

Under Rohrer’s direction, the HR department continued to grow along with the rest of the company. Shortly after she hired the recruiting coordinator, Rohrer added an office assistant to her staff, who she quickly promoted to office manager so that she could take on her current role as the head honcho of Disqus’ HR department.

With her “killer team” assembled, Rohrer now has more time to focus on the strategic side of HR. In lieu of focusing exclusively on benefits and payroll as she once did, she can now orchestrate the development of Disqus’ company culture and work on increasing employee happiness. She has also taken on performance management tasks, is working toward ensuring a higher retention rate, and has coordinated training and development programs for Disqus’ ever-growing number of employees.

Though Rohrer can laugh about Disqus’ growing pains now, she recognizes that the rapid growth phase of startup life can be an extremely challenging time for HR professionals. As such, she had several pieces of advice to pass on to others who might find themselves in a situation similar to hers when she first began at Disqus.

The first (and most important) is to be flexible and ask for what you need. Things are constantly changing in most startup environments, so you must be ready to adapt accordingly. “What worked at your last company almost definitely will not copy-paste to your current company,” Rohrer says. In other words, don’t think you can simply fall back on tried and tested methods—in an environment where your department is just beginning to form, expect the unexpected.

In a similar vein, Rohrer notes that HR professionals at startups have to be extreme go-getters. “No one is just going to give you an employee headcount, or tell you to which programs to start,” she explains. Instead, you have to decide what you want to do, make a case for it and prepare an implementation plan. At Disqus, Rohrer took HR matters into her own hands early on—she identified the need for a performance review program and acted on it, creating one without direction from the CEO.

While Rohrer has acted independently on many occasions during her time at Disqus, she points out that you don’t have to do it all on your own. Your resources may not be extensive, but you’re likely to have a few people you can turn to.

In Rohrer’s case, that help came from above—literally. She connected with the office manager at GitHub, a company located on the floor above Disqus. GitHub was also going through the transition from lean startup to expanding business, and the company’s office manager was more than happy to give Rohrer pointers on how to navigate her situation.

In fact, Rohrer found her connection with GitHub’s office manager so useful that the two of them decided to join forces and offer support and advice to others others just starting out in HR. Together, they created the aforementioned Organization Organizers, a network of business operations professionals that hosts learning and development events and offers a forum for members to share their HR experiences.

“No one should have to reinvent the wheel,” Rohrer says of the motivation behind the group’s creation. “If we all learn and grow together, the entire industry does better.”

Have a similar story, or additional advice for other HR professionals working at growing startups? Leave a comment below in the space Rohrer’s company, Disqus, has provided! 4 Newsworthy HR Mistakes (And How They Could’ve Been Avoided)