Stay up-to-date on the latest retail and restaurant news with our weekly roundup.

Uber may offer courier services for retail business
Khosrowshahi, CEO of the ride-hailing company, said that in the future, it could potentially extend the food delivery model to every local retailer with the goal of achieving delivery in under 30 minutes. Uber bought a majority stake in Cornershop, a Chilean online grocery provider, with the aim of expanding its delivery service to include groceries as well as other goods. [Read more]

Walmart launches autonomous delivery in Houston
The retailer has partnered with robotics company Nuro to bring autonomous grocery delivery to customers in Houston. Over the next few months, the service—which will use Nuro’s driverless vehicles as well as Toyota Priuses powered by Nuro’s technology—will be available to Houston-based Walmart shoppers, with the goal of expanding later in 2020. [Read more]

Domino’s rolls out GPS delivery nationwide
After testing its GPS delivery tracking technology earlier in the year, Domino’s Pizza plans to deploy the technology to about a quarter of its U.S. stores by the end of 2019. Customers who order from stores with that capability will receive an estimated delivery time, be able to see the location of their order, and have the ability to opt into text message notifications for updates on their delivery status. [Read more]

Church’s Chicken investigates payment card data breach
Atlanta-based Church’s Chicken is investigating a potential payment card data breach at as many as 165 of its restaurants across 11 states. It believes the payment processing systems at certain company-operated restaurants may have been accessed by an unauthorized third party. It has notified the payment card networks and credit reporting agencies and is working with a cybersecurity company to determine the cause of the breach. [Read more]

Find the best Retail POS for your business
Compare Software 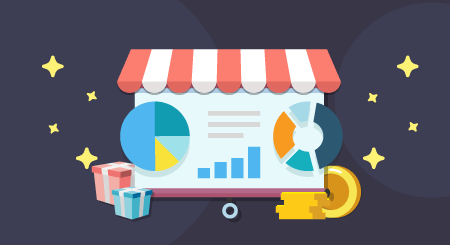 4 Marketing Strategies to Increase Sales With Your E-Commerce Store Find the best Retail POS for your business