Social Employee Recognition Can Save the Performance Review

Tell a stressed out manager that it’s time for annual performance reviews, and their reaction might be, shall we say, less than enthusiastic:

Can you blame them? On top of their usual heavy workload, they now have to:

Is your small business ready to follow in the footsteps of major companies like GE, Accenture, Netflix and Adobe? These companies have done away with annual performance reviews entirely, citing their ineffectiveness at improving worker performance and business success.

But, just as companies seem ready to give their eulogies for performance reviews, a concept called social employee recognition may be able to inject them with new life.

More informal and timely than antiquated annual reviews, and more engaging and comprehensive than 360 degree feedback, social employee recognition could be your performance reviews’ saving grace.

According to Gartner’s Predicts 2016 for HCM Applications (available for Gartner clients): “By 2018, 25 percent of large organizations will incorporate social employee recognition and rewards into their performance management processes.”

Below, we explain everything you need to know about social employee recognition and detail how it can put the “praise” back in your small company’s performance appraisal process.

What Is Social Employee Recognition?

To borrow liberally from a classic philosophical question: If one employee praises another for a job well done, and their manager isn’t around to hear it, does it make a sound? From a performance management perspective, it’s like it never happened.

Considering that managers spend fewer than three hours a week on average interacting with their direct reports, it is clear that standard performance reviews suffer from a severe lack of data.

Relying on performance dashboards and a fuzzy memory, managers rarely have a comprehensive enough picture of how their employees are really doing at their job to do a meaningful performance appraisal.

Now imagine that when one employee wants to praise another in your organization, they log in to an online portal and either click a button to reward that worker with a digital badge or take less than a minute to type out one to two complimentary sentences. That praise can be made public for the entire company to see.

Then imagine this praise is also logged and tied to an employee profile, allowing that worker’s manager to see all of this feedback that was previously out of reach and factor it into their review.

This is social employee recognition, and it has the potential to make your SMB’s performance reviews worthwhile again.

To demonstrate these benefits, let’s look at how one SMB transformed their performance appraisal process for the better with social employee recognition.

Limeade, a 180-employee company that makes employee wellness software, had a run-of-the-mill performance review process. Once a year, managers would log in to a legacy performance management system and create goals for their employees.

Then, once a quarter, managers and employees would leave feedback in the system on how they believed they were doing against those goals before meeting in-person to go over everything.

Amy Patton, Limeade’s director of culture and well-being, says the process wasn’t productive. Managers and employees both dreaded doing it, and the company was growing so rapidly that by the time a new quarter rolled around to review employee goals, the goals had already changed.

A new tool was needed; one that offered real-time data and could better engage workers.

That tool ended up being two tools working in tandem: TINYpulse Engage and TINYpulse Perform.

Through TINYpulse Engage and a feature called “Cheers for Peers,” Limeade employees can now broadcast co-worker praise for the entire company to see through an online portal. “Cheers” are also livestreamed on worker computers and a TV in the office for extra visibility.

What’s more, those “Cheers” don’t go to waste. When Limeade employees go in once a month to reflect on their performance in TINYpulse Perform, they can attach any project- or goal-related “Cheers” to their review.

Managers can then see both the number of “Cheers” that employee has received and the comments associated with them to factor into their performance ratings.

By implementing a rewards program where every five “Cheers” earns an employee 100 points to use toward things like gift cards or an extra day of PTO, “Cheers for Peers” participation at Limeade has reached nearly 100 percent. Today, Limeade employees send over 150 “Cheers” a week.

Combined with now weekly one-on-one’s between managers and their direct reports, Patton says the difference has been night and day. Though reviews happen more frequently now than before, it only takes five to 10 minutes for managers to use TINYpulse Perform to rate their workers and provide feedback and coaching.

They’re still waiting a few quarters to judge the effectiveness of these practices on performance, but Patton has already seen noticeable improvements. 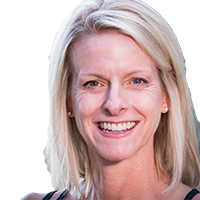 “I’ve received amazing feedback from our employees. They’re getting that feedback that they need to do their best work; understanding where they stand from a performance standpoint. We’re already seeing higher engagement and happiness.”

Amy Patton, director of culture and well-being at Limeade

Here are three systems you should consider for your SMB: 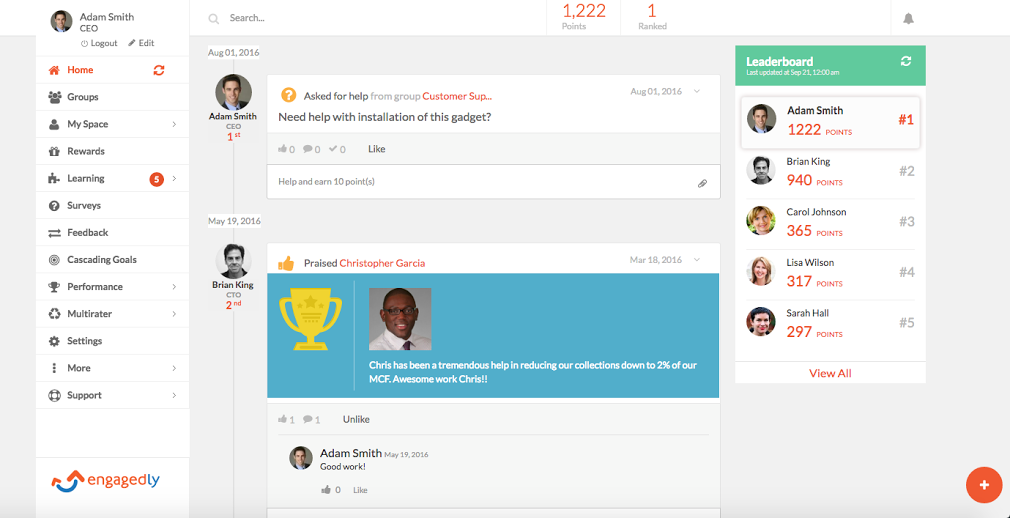 As the name suggests, Engagedly is a performance management system centered around engaging employees. Workers can write out praise for all of the company to see in a Facebook-like social feed, and be rewarded for their efforts with points that can be redeemed toward a catalog of custom rewards.

On the administrative side, managers can go into Engagedly to see a leaderboard featuring the workers that have received the most praise overall, or just for specific competencies. Any real-time social praise or peer-to-peer recognition can be factored into Engagedly’s performance reviews, which also allow for 360 feedback from multiple raters. 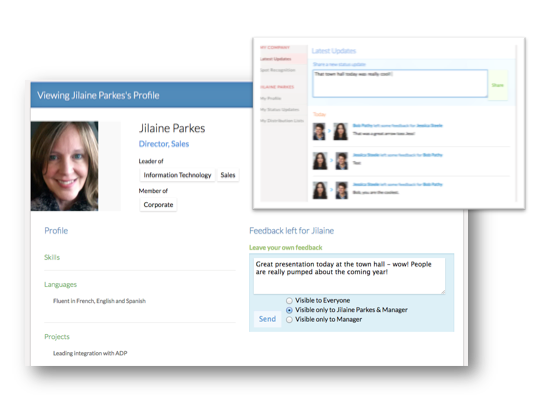 With SpriggHR’s Sprigg Social functionality, employees can either send feedback to one another privately or broadcast it publicly on a company-wide message board, which can also be used for announcements and important reminders.

Any and all feedback that an employee receives is stored in a central repository that can be accessed when it comes time for performance reviews.

Another feature we like with SpriggHR is that managers can check in whenever to provide quick encouragement and course correction or ask for worker feedback on their performance. 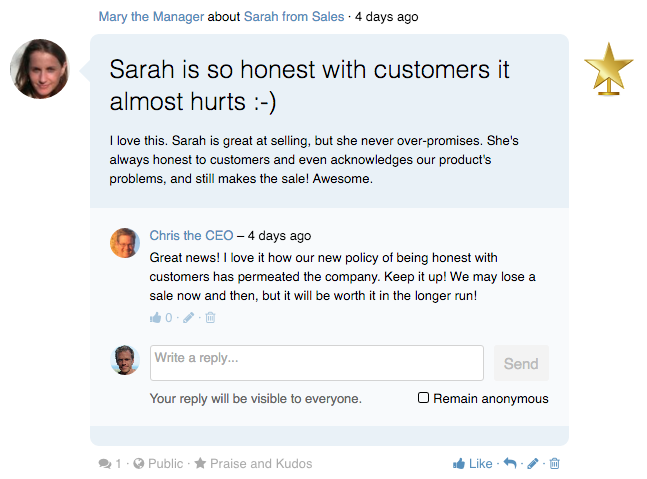 Featuring four integrated modules for performance reviews, 360 degree feedback, objectives and what’s been dubbed “Lightweight Continuous Feedback,” Small Improvements has the flexibility and capacity to handle the social recognition needs of a company of 50 or 1500.

Users can pin awards to their co-workers’ profiles and send informal praise and kudos in between more standardized 360 feedback and performance review cycles.

For those avoiding gamification, Small Improvements eschews leaderboards and points systems in favor of customized badges that workers can share at will. Managers can use Small Improvements to keep continuous notes on broadcasted feedback, which they can keep private or share with the employee in question during their review.

How to Prepare Your SMB for Social Employee Recognition

If your company’s performance review process consistently causes workers to run for cover, social employee recognition holds the key to making it enjoyable and meaningful again. The time savings alone might even cause that stressed out manager to force a smile:

This all comes with a giant caveat, however. Unless your company promotes the type of culture where employees are willing to continuously give and receive praise and feedback, your social employee recognition program doesn’t have a chance to succeed.

Here are some other things to keep in mind before you take the social employee recognition plunge: 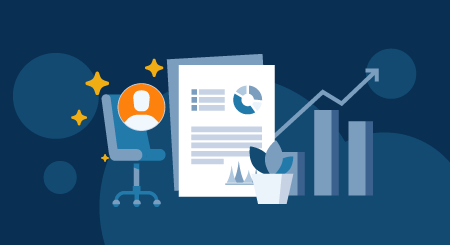 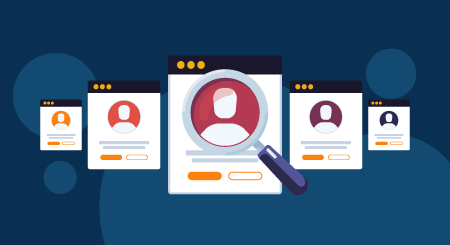