It may have taken some of them a while, but businesses have finally caught on to the importance of social media. According to Social Media Examiner’s 2014 Social Media Industry Report, 97 percent of businesses use social media for marketing purposes, and 92 percent feel that it’s important to their success.

But even as companies ramp up their social media efforts, they continue to struggle with how to best optimize social content to achieve desired business outcomes: 91 percent say they have difficulty deciding which specific tactics are most effective, according to the same report.

To better understand which strategies marketers are currently using to optimize social media content (and to gauge the effectiveness of these strategies), Software Advice has partnered with Adobe to create the first-ever Social Media Content Optimization Survey.

We also shared the 182 results we received from marketers with Liz Strauss, founder and CEO of SOBCon, who was ranked seventh on Forbes’ 2013 list of “Top 50 Social Media Power Influencers.” Her insights are included along with our analysis below.

Most Marketers Use Three or More Social Networks

Of the marketers who took our survey, the vast majority (84 percent) said they actively posted content on at least three or more social networks—most likely including Facebook, Twitter and/or LinkedIn.

This leaves 14 percent of marketers who were posting on only two channels, and just 2 percent who said they routinely posted content on just one social media outlet.

With so many marketers posting content across such a broad spectrum of social channels, businesses that are only active on three or fewer sites may be at a disadvantage, according to Strauss. In a world where more businesses actively post on 11 (or more) social sites than on just one, promoting content on Facebook and Twitter alone may not be enough.

However, Strauss says, a sizable (but unknown) number of users “are using social channels in a non-useful manner: posting randomly, without a goal, and without a true understanding of what can be accomplished on any particular social channel.”

The fact that so many businesses are posting so frequently and consistently is even more impressive, considering that many post across a large number of sites in which content guidelines vary widely (for example, Twitter limiting posts to 140 characters, or YouTube requiring video content).

How Far in Advance Posts Are Scheduled

Taken as a whole, the data demonstrates that many marketers have an established plan for consistently generating and posting content. As a result, businesses that fail to post consistently will likely struggle to build brand recognition and engage audiences, when faced with competitors that have adopted more regimented social content delivery strategies.

Our respondents most commonly cited images and hashtags as crucial elements of social media content optimization: 82 percent said it was “important” or “very important” to use the former, while 67 percent said this about the latter. Even the tactics that were viewed as less imperative (such as using videos) were still considered at least “moderately important” by over 68 percent of respondents.

The fact that a significant majority of marketers viewed all seven of these tactics as important reflects that most believe optimizing their businesses’ social media content requires a multifaceted approach.

Most Important Tactics for Optimizing Content on Social Media

However, Strauss argues that our respondents’ priorities might need adjusting. For example, she says, their prioritization of images and hashtags over targeting specific audiences is completely backwards, and may reflect a more troubling lack of understanding about basic social media strategy.

Everyone knows images increase engagement, she says, “but how do you know which images are going to resonate with your audience if you don’t know who your audience is?”

Strauss also believes that marketers should more highly prioritize social calls-to-action (CTAs), saying, “If you don’t ask, ‘why don’t you visit my site,’ people probably won’t even bother to see if you have a site.”

But even then, she insists, these specific tactics only work “when you know exactly who you’re trying to reach and what you want them to do.” This means images and CTAs must be carefully selected to elicit a specific response from a specific sub-audience.

For example, when Oracle wanted to publicize an event at the South by Southwest Interactive conference with Chevrolet, it used the #sxswi hashtag to share a promotional image with attendees. It also included the @Chevrolet username to share with its partner’s audience, along with a CTA encouraging users to follow the event hashtag #IdeaRally and participate in the discussion.

Less than 15 minutes until the #IdeaRally at #SXSWi with #oraclesocial & @Chevrolet. Follow the hashtag and tweet! pic.twitter.com/5zAmdmQKlg

And because this tweet was perfectly relevant to the attendees following the #sxswi hashtag, those users were positively inclined to respond to the CTA and to share the tweet with their own followers—who were also likely to find it interesting and actionable.

Most Test Sharing and CTRs to Optimize Times to Post

When we asked marketers about the tactics they used to determine the best times to post on social media, nearly all of them prioritized trial and error. Eighty-seven percent said it was at least “moderately important” to test the sharing rates and click-through rates (CTR) of content at different times of day and days of the week, in order to understand when potential audiences are most receptive.

On the whole, respondents valued testing for share rate and CTR almost equally, although slightly more said it was “very important” to optimize for the former (35 vs. 33 percent).

Many also felt it was “very important” (31 percent) or “important” (33 percent) to use social media optimization tools to help determine the best time to post. These would include social media monitoring and management tools such as Hootsuite or Adobe Social.

Altogether, this data shows that the marketers in our sample feel it’s crucial to use testing strategies and social media monitoring to make data-driven decisions when it comes to optimizing the time to post their social content—and to base those decisions on multiple performance indicators, rather than focusing exclusively on any single metric.

Fewer respondents felt it was “very important” to read market trend reports in order to understand the best times of day and days of the week to post social content (19 percent). On one hand, this makes sense, because the optimal time frames for posting may vary based on a range of factors such as industry, business size and geography.

However, outside research can still prove a valuable resource for marketers, not least because it can offer a sensible jumping-off point for designing tests. For instance, this report indicates that users have the highest engagement rate on Fridays. Based on that data, marketers might design an A/B test to learn whether or not this proves true for their company.

We also asked respondents about which goals they were trying to achieve through social media, and how successful they were at meeting those goals. In response, most said they were at least “moderately successful” when it came to gaining new followers (74 percent) and building brand recognition (77 percent).

This suggests businesses focus their social efforts primarily on establishing an online audience, and engaging that audience to make them more receptive to future nurturing efforts (such as email marketing).

In fact, when asked about their attempts to nurture relationships through social media—either with leads still in the sales pipeline or with existing customers—29 percent of marketers said they were “successful,” and 19 percent said they were “very successful.”

According to Strauss, this again suggests that many businesses are catching onto specific social media tactics (such as using CTAs) and accomplishing certain “nebulous” goals that can be accomplished “without a lot of process.” But they’re struggling to integrate these tactics into an overarching strategy—particularly, one that suits their industry and achieves real, measurable results.

Most Marketers Use Software Tools to Manage Social Content

Over half of our survey respondents (57 percent) said their company uses a software product or service to automate the posting of content across its social media pages. Considering that many of those tools have only been around for a few years, this finding indicates a fairly impressive rate of adoption—again reflecting that marketers are trying to take social media management seriously.

Use of Software or Services to Automate Posting

However, this still leaves 43 percent of marketers who continue to manage social media presences manually. According to Strauss, that’s a lot of businesses putting themselves at a massive handicap, especially since software is required to generate hard data in order to demonstrate which social media strategies are actually working and which aren’t.

“If you don’t set up a goal [for your social media efforts], with parameters for success to define that goal, then you’re never going to know if you reached it,” she says.

“And if you’re not actually counting—if you’re just going by intuitive numbers—you’re likely to be way skewed. And even if your intuition is right, you’ll have a much easier time selling it to your boss or your customers if you can back it up with numbers.”

In addition, companies that don’t use software to automate posting and gain visibility into what’s being said about the brand on social channels may be at an even greater disadvantage, considering how many competitors are using these tools. And with the variety of affordable and free options available, it’s becoming even harder to justify going without monitoring and tracking software.

When marketers were asked about how difficult it was to optimize content across various social networks, their responses varied widely. However, slightly over half of those in our survey (55 percent) considered it at least “somewhat difficult,” with 10 percent saying it was “extremely difficult.”

This again reflects that many marketers continue to struggle with achieving desired outcomes, even though they may understand the importance of key social media tactics such as including visual content, targeting specific audiences and finding the best time of day to post content.

One explanation for why businesses’ responses to this question were so split is that those using software or services to automate the posting of content found it easier, and those who did not found it harder.

This finding corroborates the previous suggestion that businesses that continue to manage their social media presence without social content automation or monitoring tools may struggle to meet key objectives, such as increasing brand recognition and nurturing relationships—especially when compared to competitors that employ more advanced technology and strategies.

Nearly all respondents held relatively senior-level job titles, with “owner/founder” being the most common, at 29 percent. Similarly, a combined 85 percent of respondents indicated that they held titles at the managerial level or above.

Demographics: Respondents by Level of Responsibility

To generate these data, we developed an online survey of 11 questions with input from Adobe. Both Software Advice and Adobe promoted it to self-identified marketers on our sites and across social channels.

We also encouraged top social media thought leaders to participate in the survey and share it with their audience. Software Advice does not have a financial relationship with these social influencers or with Adobe.

How to Succeed at Social Selling
Read Now Want to Succeed at Social Selling? Take Out the ‘Selling’ 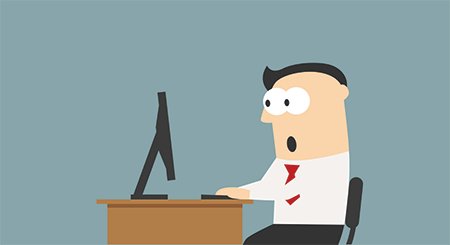 How to Avoid Embarrassing Yourself With Social Media Fails How to Succeed at Social Selling