Supply chains aren’t a new concept. In fact, they’ve been around about as long as we’ve been manufacturing products and shipping them to different locations to be sold. A concept that is slightly newer, however, is the idea that people can go to school to learn all about managing supply chains and come out with a Bachelor’s or Master’s degree establishing them as experts in the field.

Three years ago, we put out a ranking of the top 15 undergraduate and graduate schools for supply chain management (SCM) degrees. Today, we’re releasing an updated version of that list.

Before I get to the good stuff, I want to lay a little groundwork. Supply chain management has only existed as a major course of study for a few decades, and universities have been working constantly to ensure their programs keep up with the ever-changing (and ever-improving) technology being created (e.g., blockchain, Internet of Things and cloud-based software).

It’s a good thing, too, as careers in the supply chain are only growing in the U.S. Students holding supply chain degrees have quite a few options: they can become logisticians, a career with an average annual salary of $74,170 in May 2016; operations research analysts, who earned a median of $79,200; or purchasing managers, making an average of $111,590—and those are only a few examples.

I spoke with Dave Malenfant, director of the Center for Supply Chain Innovation at Texas Christian University, and he had this to say about an education in SCM:

“It really gives students a very good perspective of how a business operates… What’s nice about getting either an undergraduate degree or, more specifically, a graduate degree in supply chain is that it makes you really understand the interconnectivity of the different functions within the business.”

Dave Malenfant, director of the Center for Supply Chain Innovation

In an article for The Atlantic, economist James Bessen discussed the impact technology has had and will continue to have on manufacturing. He explained that, despite fears of machines replacing human workers in factories, managers are seeing the opposite problem: “In surveys, they report that they can’t hire enough workers, at least not enough workers who have the necessary skills to deal with new technology.”

For this reason, we focused our methodology for determining these rankings on the extent to which universities have oriented their curricula to teach students to use SCM software.

Compared to our 2014 ranking, Penn State and Western Michigan didn’t budge from their positions as numbers one and two on our undergraduate list. Universities such as Iowa State and Arizona State upped their game by increasing the number of required SCM credits and expanding their course offerings.

Despite this, Penn State’s Supply Chain & Information Systems program remains unmatched in this arena with 15 hours of required, tech-centric courses and 12 elective hours of the same—one of which introduces students to the functions and concepts of ERP software.

Both degree tracks are intensive studies—the former requires 75 major-specific credit hours to graduate while the latter demands 42 hours of management study with an additional nine hours of SCM-focused courses.

Two more changes from 2014 are MIT and TCU leading the pack for graduate programs this year.

MIT is another school that offers two distinct SCM tracks. They have a Master of Applied Science in SCM (MASc-SCM) as well as a Master of Engineering in SCM (MEng-SCM), both of which require 90 credit hours (60 of those being SCM-specific courses) to obtain. In these required courses, students explore such topics as database analysis, logistics systems and supply chain software; a course which features in-depth exploration of ERP systems.

Why We Focused on ERP and Technology

Our views on ERP systems and their value in supply chain management haven’t changed much since 2014, so the inclusion and integration of these classes still weighed heavily in our ranking algorithm.

One thing we did notice during our research, though, is that more programs have begun to feature this specific software in their curriculum since 2014, indicating a broader adoption of the strategies that distinguished one or two universities in the past.

However, Malenfant cautioned against courses that spend too much time teaching students how to use specific software systems, emphasizing that, “It’s an enabler of what you do, not a replacement for your processes.”

This can be a tricky line to walk for universities that want to prepare students for the job market by training them how to use the technology that is likely to be part of their daily workload.

Malenfant summed up a university’s responsibility to its students in one simple sentence: “It’s education, not training.”

And we agree—the best supply chain management programs are those that teach students not just how to use software, but why they need it. Technology is designed to enhance certain processes, but it can’t replace human skills. This means truly integrating technology courses into a more comprehensive curriculum that trains its participants in every skill required to succeed—from mining data to making deals.

For the sake of clarity and efficiency, I’m going to break our methodology up into three phases.

The first step in identifying the leaders in SCM tech education was compiling a list of top contenders. To do this, we looked at Gartner, U.S. News & World Report and SCM World’s rankings and compiled the lists to figure out which universities we’d be exploring in Phase II.

We weighed each university according to how many of the above three lists it appeared on and where on each list it ranked. This process gave us a list of 15 undergraduate and 15 graduate programs that we called our “Reputation Ranking.” Here it is:

Michigan State University ranked number one on U.S. News and SCM World’s lists, and number two on Gartner’s list. As you can see, its position on all three of those sites resulted in it landing the number one position on our Reputation Ranking.

A few things to note at this point:

Once we determined which 30 programs we would be exploring, we looked at which schools feature software more heavily than others.

Just a reminder: there are plenty of factors beyond technology that can make or break schools’ rankings, but we choose to explore this topic from a technological perspective because we believe it’s one of the most important and fundamental aspects of an exemplary SCM education.

Once we compiled the above list of standout programs, we took a much closer look at each school’s curriculum to identify the following:

After collecting these figures for each university, we took an even closer look at the technologically-focused courses. We examined their descriptions and syllabi to determine the depth and breadth of each class and graded them individually on a scale of one to three.

Phase III: Putting It All Together

Once the legwork of tracking down course listings and major requirements was done, all that remained was to do the math. All of these variables were plugged into a proprietary formula to produce a score for each university, effectively resulting in our Top 15 Ranking above.

After all the lists were aggregated, the courses scored, and the results reported, one thing remains clear above all else: Prospective SCM students have a lot to consider when exploring their degree options.

It’s important to remember that our list represents a close study of the universities that had previously been identified by college, technology and supply chain experts, and we recommend individuals considering a career in this industry take the time to compare strengths and weaknesses of every program in order to find the best fit.

If you have comments or questions about the research we conducted, feel free to reach out to lisa@softwareadvice.com.

Disclaimer: Our interview with faculty at Texas Christian University was conducted after the ranking process was complete and had no effect on TCU’s placement in our list. 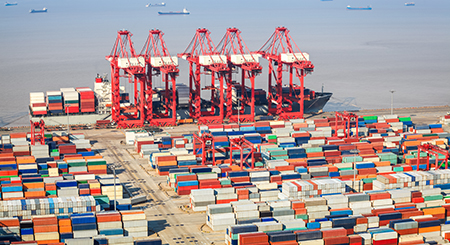 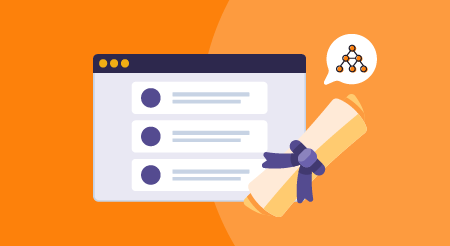 3 Supply Chain Certifications That Will Help You Land a Job