Interested in an IT security career? Here’s a statistic that might interest you: a 2016 study by InformationWeek reports that the median salary for IT security professionals in the U.S. is $88,000.

With many potentially lucrative careers available, it’s clearly an excellent time to consider joining the fight against hackers and cyber criminals. To help you in this endeavor, there are numerous cybersecurity scholarships that can subsidize your tuition fees, guarantee you a job after graduation and even provide you with a free ride through college.

Here, we take a look at some of the major scholarships available to understand the eligibility requirements and benefits of each, and how applicants can maximize their chances of winning one.

The Scholarship for Women Studying Information Security (SWSIS) was started by the nonprofit cybersecurity organization Applied Computer Security Associates (ACSA) in 2011, and has since awarded scholarships to a number of women.

To qualify for the SWSIS, candidates must be in the last two years of an undergraduate program or the first two years of a master’s degree program with a focus on information security. Candidates must apply to the ACSA and provide a statement of interest in the field of information security, a transcript and a statement of their current educational status.

Students awarded the scholarship receive anywhere from $5,000 to $10,000 per year—up to a maximum of $20,000 over a two year period. Recipients must reapply in the second year to show their continuing interest in IT security.

When asked what traits can help a candidate stand out, SWSIS founder and program director Jeremy Epstein says, “In the past, we’ve looked for interest as exhibited not only by academic performance, but also by internships, memberships of clubs, etc.”

An applicant’s essay, he adds, shouldn’t focus on why cybersecurity is important, but on her interests and accomplishments, why she wants to study in the field and where she sees her future.

Epstein also says that scholars can come from any field within IT security and that the panels try to award the scholarship to women at both big-name schools (e.g. Columbia University) and lesser-known schools (e.g. Towson University in Baltimore).

To distinguish herself from other applicants, Andrea Mobley, one of the first recipients of the SWSIS scholarship, says she joined a “cyber defense team” where she competed against other school teams to secure networks against professional hackers. “I believe being a part of this club was what set me apart,” she says.

Mobley also credits the scholarship with making her aware of potential career paths in cybersecurity, as she had opportunities to speak with representatives from organizations such as IBM, Northrop Grumman and the National Science Foundation.

“Hearing about the different options opened up my ‘visors’ to what I was really studying,” she says. “I knew there was a huge job market for me, but speaking with these people from all kinds of areas—federal, commercial, contracting, consulting—really made me more aware of my options.”

Center for Cyber Safety and Education (Center), formerly (ISC)² Foundation, is a nonprofit organization specializing in IT security education programs and certification.

“Our scholarships are all designed to address the gap in the workforce and the need for more information security workers,” explains (ISC)² Foundation Director Julie Peeler.

The women’s scholarship, like the SWSIS program, is intended to help more women enter the field.

The scholarship is open to applicants all over the world and attracts fierce competition. Applicants must have completed at least the first year of an undergraduate degree program by August of the calendar year in which scholarship funding will begin. They must also have a GPA of at least a 3.2 on a 4.0 scale, or an analogous score if the applicant is studying outside the U.S.

Peeler says the selection panel has an international, “real business world” focus. “Our panels are made up of our members from around the globe who are hiring managers or have hiring responsibilities,” she says. “They know what their organizations are looking for in terms of a professional they’d want to bring into the field.”

Finally, not all unsuccessful candidates are cast aside—the foundation passes worthy candidates for consideration onto the two other panels that decide the recipients of (ISC)²’s graduate and undergraduate scholarships.

The undergraduate scholarship is given to 10-12 students per year and awards grants of up to $5,000 per recipient. Like the women’s scholarship, this scholarship requires a GPA of at least 3.2 on a 4.0 scale.

The scholarship can have a profound effect on recipients’ lives. “We hear repeatedly from these students that without that scholarship they would have had to drop out of school,” Peeler says.

“I had one scholar from India tell me that the first night she slept in her dorm room was the first night in her life that she’d slept in a bedroom that had an actual floor instead of a dirt floor.”

(ISC)² also provides graduate research scholarships, for which applicants must have a GPA of at least 3.5 on a 4.0 scale to qualify. Peeler describes this scholarship as “seed funding” for recipients’ information security research projects. It awards up to $3,000, which usually pays for equipment and computer lab time—though it can also have a broader application.

“Last year we had a scholar who lived in Tanzania who was studying via distance learning at a university in South Africa,” Peeler says. “She had to go to South Africa to defend her thesis, and part of her grant went to pay her travel costs.”

(ISC)² also offers a scholarship named after the organization’s founder, Harold F. Tipton. It awards an additional $5,000 to the top recipient of the undergraduate scholarship, who must have a GPA of at least 3.5 on a 4.0 scale.

The main idea here, Peeler explains, is that the tuition fees of most undergraduate scholarship recipients will exceed the $5,000 the award provides them. “For the Tipton scholar, this additional money takes care of another big chunk of their tuition,” she says.

The U.S. government also funds two major scholarship programs in the field. There are two key caveats, however:

These government scholarships are offered at over 100 universities in 38 states that have been defined by the National Security Agency (NSA) as “Centers of Academic Excellence”.

The SFS, which is run by the National Science Foundation, pays all tuition fees, provides a stipend of $22,000 and even allocates extra money towards books and up to $2,000 for medical expenses. Like the IASP, this scholarship requires applicants to be within two years of graduation, at the bachelor’s, master’s or PhD level.

Recipients are required to work for the federal government after graduation, though not necessarily for the DoD. “It could be the Department of Justice, the Department of Energy—it just has to be in a security role,” Dietrich says.

Applicants can come from many academic disciplines. “They can have any major—business, computer science, engineering, really anything that’s security connected,” Dietrich says. While English Literature might be a stretch, somebody studying Russian or Arabic could apply because of the demand for people who speak these languages in the field of intelligence analysis.

Unlike the IASP, it’s up to the participating universities to determine who qualifies for a SFS scholarship. The number of recipients varies from school to school each year, although Dietrich points out that the overall budget is $25 million, so the program’s reach is significant.

According to Dietrich, many scholarship recipients are able to turn their mandatory years of government service into a lucrative career in government contracting. “If [recipients] have two years of experience with an agency like the NSA, they’re in big demand from government contractors, which pay more than the government,” he says.

“I was at a conference recently and a senior figure at the Department of Homeland Security said 300,000 cybersecurity workers were needed in government. UTSA has one of the larger programs in the country and we only graduate between 80 and 120 people per year—that’s a long way from 300,000. That’s why contractors are paying a starting salary of $75,000 for 22-year-olds with no experience.”

Any of these of these scholarships can improve your ability to launch a successful career in IT security. But when allis said and done, West says, the individuals most likely to benefit from these awards must not only show technical aptitude, but care deeply about the field and have a unique learning approach.

“[IT security] is the kind of field that requires a little bit of passion,” he says. “The people who have that passion, and who have a love of understanding the adversarial learning model—by which I mean the idea of breaking things, or understanding how they’re broken—those are the people who end up being most successful.” 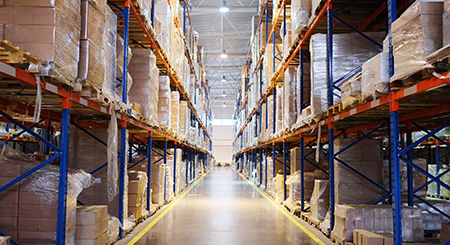 Data Warehouse Problems: Do You Even Need One?