What Is a RACI Chart? Here’s Everything You Need To Know

It takes forever to make a decision.

I have the responsibility for tasks but not the authority needed to complete them.

Decisions are reversed like a week after they’re made. What gives?

If these sentiments are shared in your project team, odds are the entire project effort is struggling because of a lack of clear roles and responsibilities. A RACI chart can be an excellent tool to help solve this problem.

A RACI chart, also known as a RACI matrix or RACI model, is a diagram that identifies the key roles and responsibilities of users against major tasks within a project. RACI charts serve as a visual representation of the functional role played by each person on a project team. Creating these charts is also an excellent exercise in balancing workload and establishing the decision-maker.

Gartner states, “Many important organizational initiatives begin without agreeing on decision authority. This oversight often becomes a painful discovery process—causing unneeded anxiety and frustration” (full report available to Gartner clients only). Kicking off a project effort by creating a RACI diagram is one of the best possible ways to eliminate this painful discovery process.

What a RACI chart is not

The RACI chart is not meant to replace the project plan. The project plan details every task to be completed, the timeline, and how the project is to be managed. The RACI chart, on the other hand, is only a simple visual of the different roles and responsibilities across major project tasks.

2. What does RACI stand for?

RACI is an acronym for responsible, accountable, consulted, and informed. Each represents the roles and levels of involvement of a stakeholder against the corresponding task/milestone. Let’s dive into the definition of each term.

PRO TIP: *This should be one person whenever possible so as to avoid confusion and slow decision-making.

What is a DACI chart?

You may have heard of a DACI chart and this can cause some confusion. To clear things up, a DACI chart is essentially the same as a RACI chart with the only difference being the D, which represents “Driver” (synonymous with responsible person) instead of the R in the RACI acronym.

3. How to create a RACI chart

Below we’ll cover the six steps you’ll need to follow to create your own RACI chart.

To get you started, we’ve made a RACI template for you here (there’s an example for a website launch under the blank chart). Follow each step below to fill out the chart for your project.

PRO TIP: Use names whenever it makes sense—as opposed to job titles or teams. This helps solidify the commitment of the person in their role on the RACI matrix.

Step 2: Identify the major milestones in the project.

Step 3: Draw a matrix with a row for each team member and a column for each particular task/milestone.

You can easily use Microsoft Excel or another software program to create a RACI chart.

Step 4: Fill in each box with the corresponding R, A, C, and I to designate the role of each person for every task.

For the client approval milestone in the aforementioned website building example, the project manager would be responsible for getting the client’s approval, the executive sponsor would be accountable, and the developer needs to be informed of the outcome.

Step 5: Discuss, analyze, and get approval from the project team.

To take our example again, it’s possible the executive sponsor wants to be the person who meets with the clients to get their approval, hence they would be responsible for this task.

Step 6: Provide everyone a copy. You can just email the file out to everyone.

We really like this simple RACI chart that Adrian Neumeyer, founder and CEO of website Tactical Project Manager, created for a fictitious construction project. Example of a RACI chart (Source)

4. Pitfalls and how to avoid them

Let’s dive into the five most common mistakes people make when creating RACI charts. Avoid these pitfalls to ensure your RACI chart—and the project with which it’s associated—succeeds.

2. Using the same matrix for every project

4. Adding too many columns

5. Mixing up who is responsible for who is accountable

We want to hear from you!

We covered what a RACI chart is and what it is not, and we’ve given you some pro tips and ways to avoid common pitfalls. You should now know that the RACI chart is a powerful tool to establish clarity of expectations, remove role confusion, and improve the decision-making process.

A RACI chart is a useful tool for aligning roles and responsibilities with major project tasks, and project management software is a powerful tool for managing every part of a project from kickoff to delivery.

Ready to get started? Our advisors can help you find the perfect project management tool for your team. You can chat online now or schedule a phone call for later. In just a few minutes, one of our advisors will help you build and narrow down a list of options that meet your needs, all for free.

Learn how project management software can help you
Compare Software 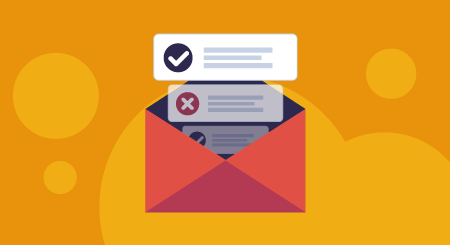 Your Project Status Report Checklist: What to Include When You Report to Stakeholders 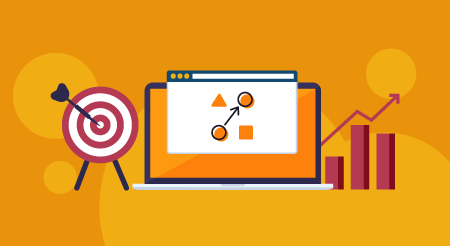 4 Strategic Planning Tools and Models for 2021 and Beyond

Learn how project management software can help you