Why Honesty Is the Secret Ingredient of Successful Organizations

Honesty isn’t simply the best policy—it’s the only way to build a successful organization. A culture of honesty results in more than merely “happy” workplaces, and a deep-seated respect and expectation for honesty makes companies more successful and more profitable.

A 2010 study by the Corporate Executive Board found that companies that encouraged honest feedback among its staff, and that rated highly in the area of open communication, delivered a 10-year total shareholder return that was 270 percent more than other companies—7.9 percent compared to 2.1 percent. That’s impressive.

Candor doesn’t simply happen organically. Organizations must proactively choose to encourage employees for being forthright and reward them accordingly. Our organization, Fierce, Inc., recently conducted a survey of more than 1,400 executives and employees found that an overwhelming—but predictable—99 percent of professionals preferred a workplace where co-workers discuss issues truthfully.

How important is honesty? This survey found that 70 percent of respondents believed a lack of candor impacted their company’s ability to perform optimally. When employees are proactively supported in telling the truth without repercussion, small problems can be identified early on, and managers are armed with the information needed to make optimal decisions.

False professionalism is the scourge of many companies. Being polite, politically correct or sensitive to other people’s feelings shouldn’t be an organizational priority. Our survey uncovered a disturbing statistic: 37 percent of respondents felt their organizations suffered from the malady of “terminal niceness,” valuing politeness over the pursuit of the best ideas and perspectives.

Instead, leaders must foster an environment where respectful, healthy debate is highly valued, and staff members are encouraged to take ownership of their failures as well as their successes. Creating a culture of honesty isn’t rocket science, but it does take discipline and constant attention. Here are a four strategies on how to promote candor throughout your organization:

Be Current, But Be Brief

The “dump truck” approach—when people have avoided an issue so long, they have a long laundry list of complaints to dump on their victims—should be avoided whenever possible. Instead, make things easier and resolve problems faster by addressing issues as soon as they arise.

This should be done in a “short and sweet” manner, free of the emotional load that can damage professional relationships. When confrontational conversations must take place, calmly and clearly state the issue at hand and its impact, and give no more than three examples of when it occurred. When there are more than three examples of unacceptable behaviors, or more than one issue needs to be resolved, conversations are long overdue.

Instead of trying to cushion confrontational situations with compliments or small talk, tell colleagues or employees what’s at stake and review the steps required to address the issue together. Always opt for being direct with employees and coworkers so that everyone has a clear action plan.

For example, rather than saying, “We’re a bit concerned about your attendance rate, so please do what you can to remedy it,” say something like, “Our records show that in the past two months, you’ve been absent five times. This exceeds the three personal days we allot to each employee, and any additional days you take off will be docked from your salary. Should you exceed eight days, we’ll have to let you go. Please let us know if there’s a personal or medical issue causing these absences so we can figure out the best way to address it.”

At the conversation’s conclusion, restate the next steps to ensure all parties are on the same page.

There are few scenarios more off-putting than using the “sandwich” approach to confrontation. The “sandwich” occurs when a manager begins a conversation on a positive note, slips in the real problem—the zinger—and concludes the conversation with another compliment. Such interactions are not only confusing, the next time an employee receives a compliment, they will anxiously anticipate the hidden issue that will be brought up.

Give staff members the opportunity to bask in their accomplishments by focusing only on the positive when it is warranted. By doing so, when there is something positive to communicate, recipients will completely hear and appreciate it. During the occasions when a negative issue needs to be addressed, employees will be able to focus on the problem and potential resolutions without having the issue muddled with a “compliment sandwich.”

Use a Social Networking Approach

While most organizations desire to be transparent, they too often get caught up in the frivolous need to be politically correct and not offend employees. Nothing could be more counterproductive. In actuality, the type of communication employees actually desire more closely resembles social networking—a candid, running dialogue between managers, employees and coworkers.

Forward-thinking organizations are becoming aware of this and developing mechanisms supporting clear communication with employees. As a result, these organizations are enjoying higher employee morale, improved productivity, better retention and increased bottom-line success.

It is possible to be truthful in a way that opens doors, enriches relationships and moves conversations forward in meaningful ways. Family therapist Edwin Friedman puts it very well: “In any situation, the person who can most accurately describe reality without laying blame will emerge as the leader, whether designated or not.” 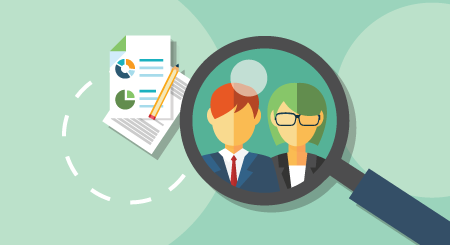 Do Managers Have Enough Insight to Assess Their Employees? 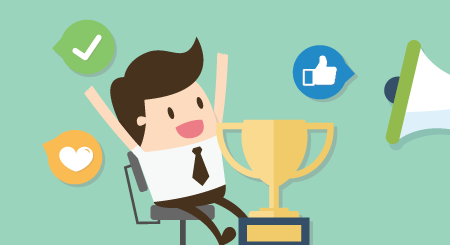 Social Employee Recognition Can Save the Performance Review