All new users get a 14-day trial on Business. For unlimited projects and access to premium features, users can subscribe to Qwilr Business ($39/month or $468/year) or Enterprise ($590/month, billed annually). 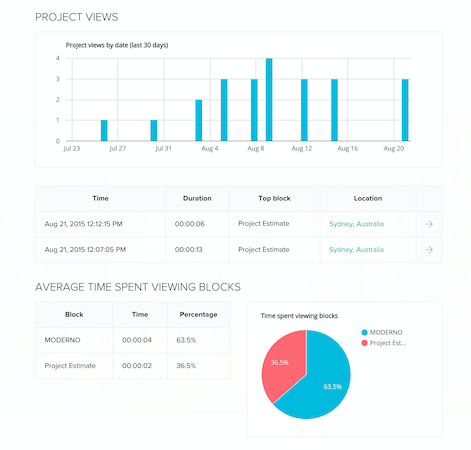 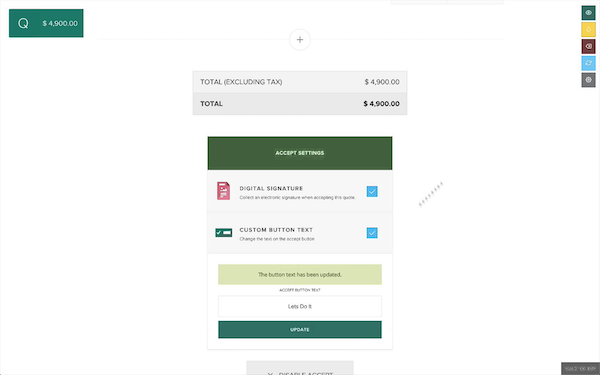 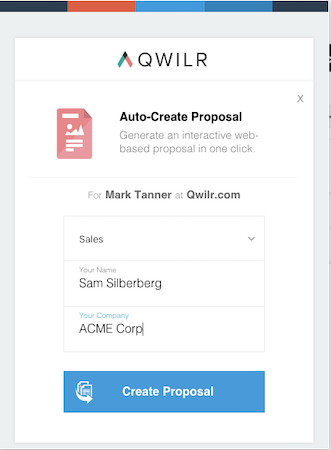 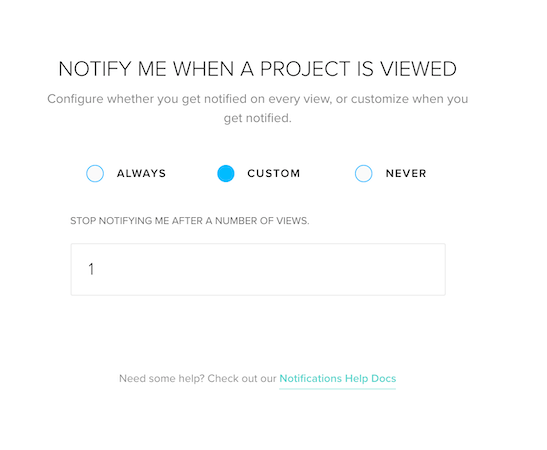 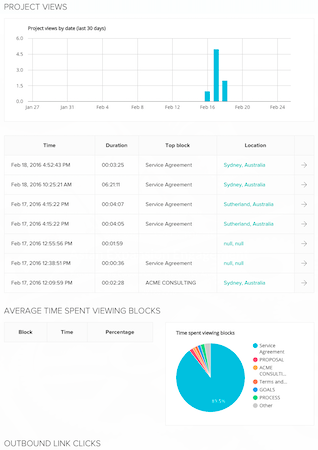 Qwilr has been a great program to streamline my business operations!

We show what we can offer ,in the best light with Qwilr.

Qwirl simplifies the process of creating beautiful and professional looking marketing/sales documents ,pitches and proposals which our clients love and convinces them to want to do business with us. Leveraging on Qwirl templates has been helpful for my organization and has assisted us in building and maintaining a fast , efficient document process ,which pleases our clients ,gives us a professional, innovative look and enable our sales people close deals faster.

It is very expensive and I will think only large teams and organizations are able to enjoy the luxury of this. I doubt a small ,bootstrapping team can afford Qwirl.

We are in the Advertising and video production business. We have always needed a workflow where we can get our proposals or propositions to clients fast so we can get to business. Soon as we started using Qwilr we were able to create templates of our most popular services to be able to use them for future proposals and send them out almost instantly to our prospects to take a look at and get their feedback right away.

The simplicity of this software is what makes it a "must-have" for agencies or businesses that need to send proposals to clients on a daily or weekly basis. I have tried countless of other software's that claim to be the same but I always end up frustrated with their User Interface that makes it hard to figure out how to change simple objects, texts, or images etc. Qwilr by far has been our best proposal tool for getting those signatures from clients and money in the bank faster!

At the moment there is not much I would change about Qwilr. As a designer, I would love to have the ability to make custom design changes without much code such as more click and drag design features but that's something I desire for almost every single software I use. At the end of the day this software does what it's meant to do and exceeds at it.

Reasons for switching to Qwilr

Proposify is a good tool but it's flaws is that it get's a bit overwhelming to figure out how to make certain changes as their layout is not user-friendly. This impairs our ability to be able to send out proposals to clients in a timely manner.

Pros and cons of Qwilr

Overall experience with Qwilr is nice and one who needs perfect quality of electronic signature and documents storage facilities.

Our business requirements are as such that electronic signature and documents storage should be the priority for us to look for any CRM tool (currently) and in that aspect Qwilr outraged it's competitors.

Qwilr doesn't have right customised template as their design and templates are not upto the mark (compare to other tools) along with that it is quite expensive for long run.

Reasons for switching to Qwilr

Not having the good quality of digital/electronic signature as well as not durable.

Great value for the price

When we switched to Qwilr, it made copying & creating proposals much easier. A professional looking quote can be out the door in literally 20 minutes - and the viewer probably thinks we spent hours on it.

Qwilr required no training to get up & running. It's a very straightforward, easy to use platform. For only $75 a month to create unlimited proposals, it's probably the cheapest software platform we utilize, yet we use it to provide new prospects with proposals almost daily. A true bargain when you consider the cost / benefit. The proposals look professional, we always get compliments on how great they are. No more powerpoint or Word docs, and no more paying an outside designer to create something on Adobe for us. Anyone on our team can easily use Qwilr to create a great looking proposal in under an hour.

Again I'll say that despite it's shortcomings, Qwilr is still a bargain. That said, I wish that there was more ability to customize font sizes and colors. I've also found that sometimes changes don't save when multiple people are working on the same project , so you have to be careful of that. The last feature that I wish they had was the ability to see when a proposal (a "qwilr") was created. We often remember "hey - who did we do that website quote for a few months back?" - we know the proposal exists, but we can't remember the name. Then we're left paging thru hundreds of proposals to try & find it. Or if we create multiple proposals for the same customer, we'd like to be able to see which one was the most recent.