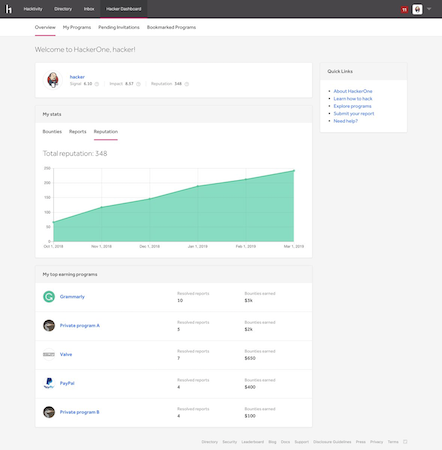 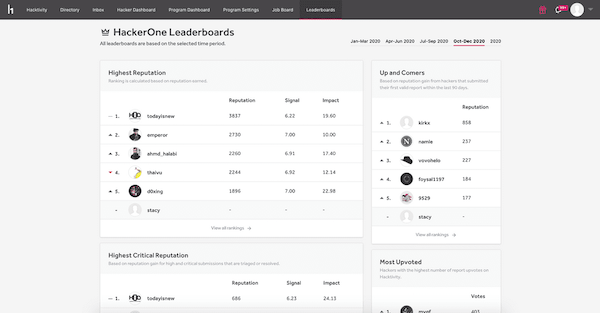 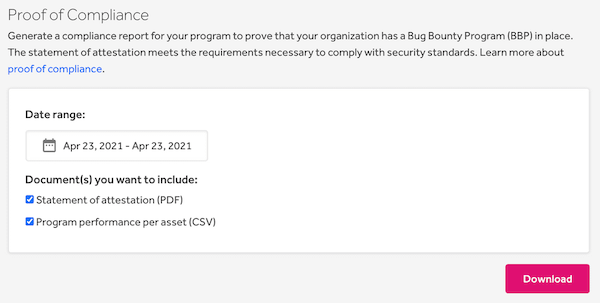 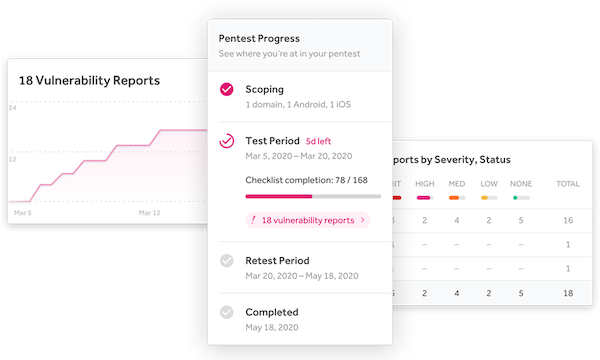 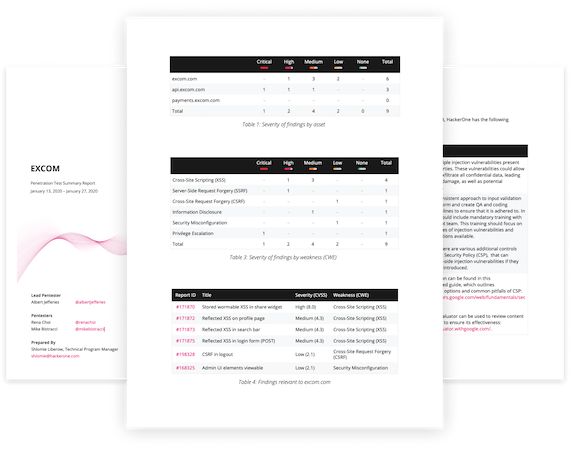 HackerOne informed my team of a number of security vulnerabilities in our application which we were able to fix quickly and discreetly.

Discovering vulnerabilities in your software is as important as it is sensitive. You need to discover them as quickly as possible, but don't necessarily want to advertise them to the public (even though all software inevitably has vulnerabilities). The thing I like most about HackerOne is the control it gives you over how your software is tested and how vulnerabilities get reported and addressed. Starting out, you may want to make testing private (invite-only) and invite a handful of testers to a testing environment. Later on, if you want to discover more and rarer vulnerabilities, you may decide to make testing public and allow HackerOne's large community of security researchers to search for issues.

I wish HackerOne's integrations (e.g. with Github) were self-service and more fully-featured. You can have HackerOne reports created as Github issues, for example, but in order to make that happen you have to contact HackerOne manually. I'd love a way to set this up myself, and for that integration to go both ways, e.g. for activity on the Github issue to appear in HackerOne. (Their Jira integration supports this.)

Expensive and not fair to researchers, low ethics

They're in a leading position, which means the top researchers want to work with them

1) the only people you'll get to talk to as a client are sales people, with no knowledge of security or tech. 2) I don't like the way they collaborate with researchers: in their first level of the program, you pay a huge amount of money to the company, but it doesn't get distributed to the researchers at all. Their argument is that researchers go into this program to gain ranking points, until they have enough points to reach the next level and gain access to programs where they'll be paid for their reports. It's like working as an unpaid intern for years, just for the glory, until you maybe get access to a paid job. I think it's totally unfair to hackers who work really hard to find meaningful vulnerabilities. They have to do it as a graduation step, because HackerOne is in a leading position and will twist their arms

I moved to another bug bounty platform, much more ethical

Not that good. Nothing offered not even badges for duplicate valid bugs. Thus I go for private programs that directly work on the reports.

- Easy to use and submit a report. - Quick validation for critical and severe vulnerabilities. - Public disclosure is offered by very less platforms so its one of the big pros.

- My report was validated and bug was triaged and in a few days the bug was patched. But the report was assigned to a new member and he stated that it was triaged by a mistake. The injection was although minor but was valid so I think there should be some good validation process around it.

HackerOne is good from my perspective

HackerOne is one of the old platforms in cybersecurity that provides a place for bug hunters to report bugs to programs. Also, HackerOne comes with so many features like API tokens that we can use from our terminal to gather the program's scope or to report vulnerabilities. One of the best features that I like about HackerOne as Bughunter is the Hacktivity section of HackerOne that timely disclosed reports which are very useful for building skills.

As a user of HackerOne for the last 2 years, I don't find any issues or problems in HackerOne. Although sometimes, I feel like the response time of some programs is not so good. And, I know in the coming updates HackerOne will fix this issue by contacting them. Another wise, HackerOne is a great platform for Bughunters.

The HackerOne service gives us the opportunity to check the security of critical services by many testers at the same time.

Only the price is a downside of this service. I recommend every organization to test their own services through HackerOne.

In total, HackerOne found 4 bugs, one of which was very serious and would have had a real impact on our clients if it was ever maliciously exploited. Thanks to HackerOne, we are better hardened than we were!

We had some issues with corporate espionage and hacking attempts that were not manageable by our local correspondents. So we signed up with HackerOne so they can hunt for vulnerabilities and bugs in our programs and applications. - The whole process of signing up was very easy. - Trusted hackers, real ones are much effective in our opinion and HackerOne shares that! - Cost effective - Continuous and real time delivery of results and recommendations.

There are only a few caveats though. - The website is a little complicated to understand if you aren't used to all the terms. - Bounty program is a bit vague.

HackerOne was a great way for me to learn how to hack, and I recommend it to anyone interested in the topic. I personally am not yet at the level of finding bugs as a way to make money, but I know a few people who have made a lot of money just by reporting bugs through HackerOne.

As someone familiar with building websites and programming but a total newbie to cybersecurity, I found their resources for learning about hacking to be very accessible and helpful. The best part was their capture the flag game that really helps learn and apply real techniques in a fun way.

I think that it can be difficult to get started if you don't have a background in programming. Also, the video series was not that helpful for me because I didn't think it did a great job of explaining things.