Visit Website
Visit Website
Overview
Reviews
DocDigitizer is a SaaS document management and data capture solution that allows businesses to utilize AI and machine learning technology to analyze documents and capture data from files in multiple formats and layouts. It comes with an application programming interface (API), which allows businesses to integrate the platform with several third-party ERP and CRM tools.... 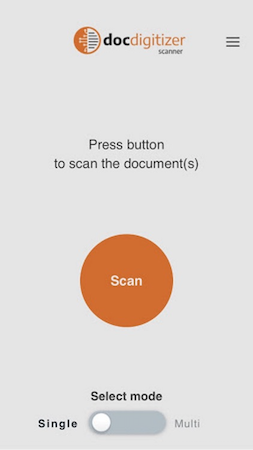 It is helpful software for a user who deals with a mountain of paper and has to extract the data.

It is an excellent solution to converting physical paper into a digitalized document. It will scan the form using the OCR feature to detect and analyze the text on the paper and automatically convert it into a digital copy. It saves time than having to extract it manually.

Some of the text fonts can't be read by the OCR, and it will cause an error in the document. For this case, I still have to process the paper manually. I hope they will upgrade the OCR scanning functionalities.

DocDigitizer delivers on its promises!

We use DocDigitizer as part of our fully automated Accounts Payable process. We receive and scan (for physical invoices) supplier invoices, which feed DocDigitizer for document classification and data extraction. DocDigitizer then integrates with our Document Management software, filling document metadata associated with each invoice (supplier, invoice number, subject, etc), and then integrates with the ERP to create a pre-filled invoice register in the system. From our back-office team perspective, DocDigitizer is a silent but super effective part of the process. The team is notified that a new invoice was uploaded in the document management system and that a pre-filled invoice record was created in the ERP.

No setup required, in less than a week we were up and running, 100% precision (a mandatory requirement when processing invoices), fast and seamless integration with our scanners, document management system and ERP.

Regarding the way we use DocDigitizer, we cannot identify a single flaw in the software. We could argue that DocDigitizer could lower the cost per invoice, but the truth is that the financial rationale of adopting it is obvious.

Before choosing DocDigitizer we looked at other solutions like Xerox Capture, Kofax Capture and Abbyy FlexiCapture. The key factors that led us to choose DocDigitizer were the things that we liked most in the software: we could use it in production after a few days, we didn´t have to pay a setup fee and we did not have to worry about different invoice formats and invoice data revision.

The process of reading invoices in a company is somewhat critical. Being able to find a tool that can do this reading with over 95% reliability is very important to be able to automate this process.

It's an easy to use and configure tool and the reliability it provides is very high.

How long the tool takes to give a response. You have to pay more if you want a faster answer.

For the reliabilityso high it provides

Reasons for switching to DocDigitizer

FlexiCapture is very difficult to configure and use and also the reliability is lower.

DocDigitizer helped us out, specially in Covid times, to completely transform our business, build new revenue streams with higher margins and optimize our entire operation. They are quite accessible and they very open to integrate feedback in new releases. Also we now have accountants do accountant work instead of getting information or validating from invoices We now focused our software development and accounting services on our core

Our problem was that most of SaaS data extraction solutions and providers don't have data validation. For us as an accounting firm that is not acceptable and must ensure every single invoice is correct and valid. For us DocDigitizer solved the problem by not only extracting data but guaranteeing the data is verified. Because it supports virtually any type of document and format it allowed us to expand our services quickly having a real impact on our top line.

By integrating our Unik BPM Platform with DocDigitizer, we were able to deliver to our customers business processes with approval workflows supported by extracted data, with 100% accuracy, without any manual data entry of this information. They help us to deliver more complete and complex solutions, and their API Key is extremely simple to implement.

The possibility to change the Data Schema and request a new API Key to deliver new solutions, new workflows and new business processes to our customers. Makes solutions more flexible.

The possibility of autonomously requesting new data schemas on the platform

With DocDigitizer we do not need previously to document templates

We can provide a better customer service since our collaborators are not stuck with paperwork. Instead of spending time looking at documents, now they use it to provide service to our customers.

We receive thousands of documents daily from our costumers. We need to extract the data from those documents, which would consume hours of human-work. With DocDigitizer, the data extraction takes minutes, and is not susceptible to human errors.

The integration took some effort because we were early adopters. Nowadays it's easier to integrate.

DocDigitizer delivers 100% accuracy, and that is amazing

I don' have any specific dislike about it

Overall satisfied. A few this still to improve and having problems when downgraded the bill

After the automatization off the parameter's everything runs smooth

There are a few thigs to work on. Regarding the "Green Receipts" we are still a long way form perfection

Looked to be the best of all

Since my company started using DocDigitizer I don't do copy/paste anymore to my ERP. Magically the information that appears there and always correct

Nothing really, since the process is fully automated. I speak with some other colleagues and I think other solutions need you to review and correct data, but with DocDigitizer that is done by them.