Visit Website
Visit Website
Overview
Reviews
Veryfi Turns Unstructured Data (receipts, bills, invoices, w2, w9, cards) into Structured Data instantly. No waiting. Using Veryfi APIs you can now give your product superpowers. Machines All The Way Down! Veryfi is TurnKey. Ready to use out-of-the-box. No humans in the loop. No templates. Works across all your existing and new vendors. Veryfi is on a mission is to free humanity from manual back-office labor....
Close 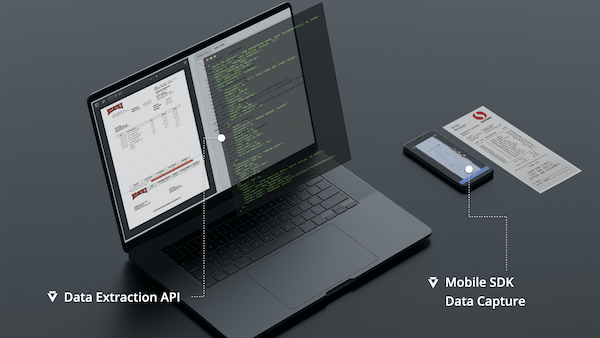 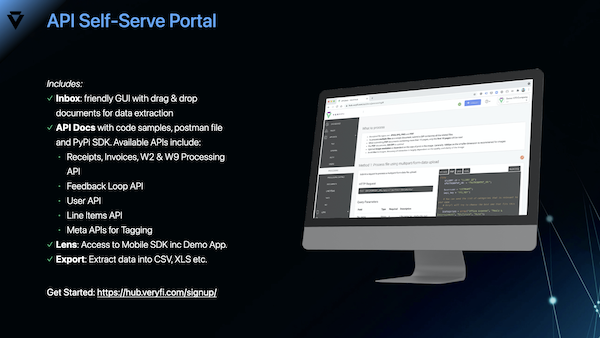 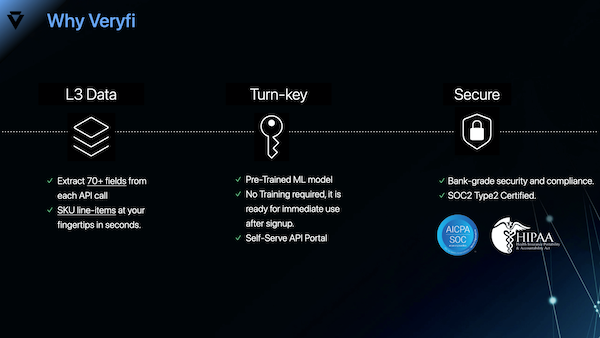 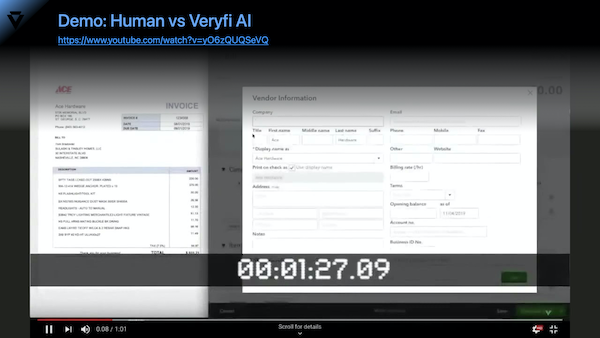 I was able to quickly automate my AP which consists of a bunch of construction materials that have up to 150 line items in one invoice. Veryfi Handles it with ease and accurately 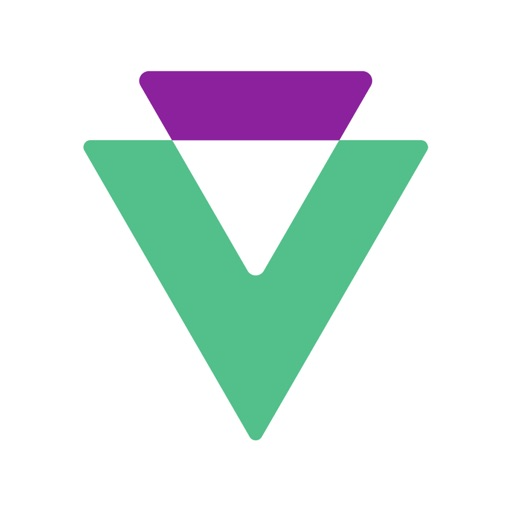 Thanks for your review, we're glad you're getting value from the Veryfi OCR API by automating your AP workflow. It's great to hear that the line item data extraction is making a difference for you, we've heard that it can really help with expense management and also with job costing. Feel free to drop us a line if you have any questions, we're happy to help.

Overall our experience has been great. Getting instant results simplifies development a lot, since it's not needed to keep track of submitted items and fetching results later. The process from signup to development and using the product has been very streamlined. Support is awesome, too.

Simple, straight-forward API that is well-documented. It didn't take much effort to get started. Processing is instant - a far cry from other solutions that we used that involved humans, supposedly needed for accuracy. It turns out that's not the case: I found Veryfi's results more accurate and consistent. Very accurate in our experience. Another big pro for us is that processing is done by machines only, which means sensitive documents are not shared with anonymous contractors. Documents can be deleted via the API after processing, seconds after submitting. This means little to no concern about data security and privacy. Support has been stellar and snappy, although rarely needed.

Pricing per document is reasonable and even competitive, even more so considering the pros mentioned earlier. The one improvement I currently wish for is an entry-level processing tier for lower volumes. That would make it more attractive for companies who don't have enough volume yet for the current entry-level tier. But I understand that's ultimately more a positioning decision or consideration for customer support loads than an actual product improvement.

Several other APIs were researched before deciding on Veryfi. Main reasons to go for Veryfi was the availability of an online demo where any documents could be uploaded. Not many alternative vendors offered this, but for those who did, the accuracy didn't come close to that of Veryfi for the documents I tried. Another factor was the signup process which, together with the online demo, suggested things are streamlined at Veryfi. Other vendors required a more formal process with requests for quotes or demos, while I wanted to get started right away and with the least possible effort. Having chosen for Veryfi, I'm glad I did and haven't looked back.

Receiptbank deprecated their API and announced a new API for years. Supposedly it's ready, but according to customer support they're not providing it to third parties. Our needs grew to the point where not having an API was no longer an option. Having used Veryfi, it turns out there was better value to be found elsewhere anyway.

Wow! Wow! Thank you . Love the feedback. I have shared it with the team and smiles all around. Thank you for the detailed feedback and for becoming a Veryfi customer.

We used it to cover our invoice OCR needs, saved us a bunch of time on that.

Easy to integrate to our software, great support, nice features.

Rules functionality could be more robust.

Language support, invoices can be corrected via API and it learns from those corrections. The team was very willing to adapt to our needs even before we decided to go for it and have proven it since.

Palette was very rigid, took a lot of time to adapt to our needs and did not process mexican invoices the way we needed them to, so we decided to develop our own software. We realized it would take us a lot of time to develop decent OCR functionality, so we started looking for a third party solution.

David, thank you for the great feedback and support! // Rusty

Really easy to implement, responsive team, worked with us for over a year to meet our business needs. We were waiting for the right time to release an OCR feature (a customer request), and we are thrilled with the result!

Veryfi is super fast at processing information from receipt to JSON, and it has a lot of accuracy---including recognizing pretty terrible hand writing!!

Wish their pricing model incorporated multiple platforms within the subscription, instead of separating out the APIs between iOS/Android.

We were able to get the price right for our company to invest in this API. Specifically, we didn't have the bandwidth to implement our own OCR functionality within our iPhone app which we were considering trying out with CoreML functionality by Apple, or Google Cloud Vision. Weren't as thrilled with the Textract option from Amazon. For the sake of time and getting accurate results, we went with Veryfi and have been very happy with the results!! Thank you, Veryfi!!!

Love it! Thank you so much for your beautiful feedback and support! We are thrilled to support you and your team. Best, Ernest

Frictionless from start to finish.

Six months and thousands of documents later, we're impressed at Veryfi's ability to accurately and quickly process documents. It's the best end-to-end data extraction software we've experienced, and they're constantly improving. The founders [SENSITIVE CONTENT] + their team are very responsive and quick to help. We couldn't be happier with our collaboration!

Accuracy, speed, and reliability in data extraction from a receipt to JSON. Veryfi's ability to accurately interpret data on poor-quality images and damaged documents is the industry's best. Additionally, the API docs are clear and concise, making them easy to set up.

I'd like to see more column options added to the CSV exports.

Our prioritization in choosing an OCR partner was: Reliability > Accuracy > Price > Speed > Ease of use/setup. After testing alternative products, choosing Veryfi was a no brainer.

Luis, Love the feedback! Thank you so much for your support. It's a pleasure working with you and your team. PS. Plz email me or support@veryfi.com to get those extra fields into the CSV export.

We are currently using Veryfi to extract invoice data from .pdf files used in the construction industry. To help speed up data aggregation for small businesses, ultimately to help them streamline their business & speed up existing processes.

The most beneficial for our business is the data extraction of .pdf files, which other products simply couldn't match. The team is willing to help and improve the product for us even on an individual level.

Initially the pricing tiers, but we were able to contact and organize specialized pricing for our startup to help get us in the door and developing our software.

We chose Veryfi for the accuracy in data extraction for the invoices we need to scan.

Ryann, Thank you!! Love the detailed feedback. Thank you for your support. Best, Ernest

Easy to us and get it implemented and integrated

quite a few dont get read but support it takes time for you to update your AI.

Ashish, Thank you for your nice feedback and support Best, Ernest