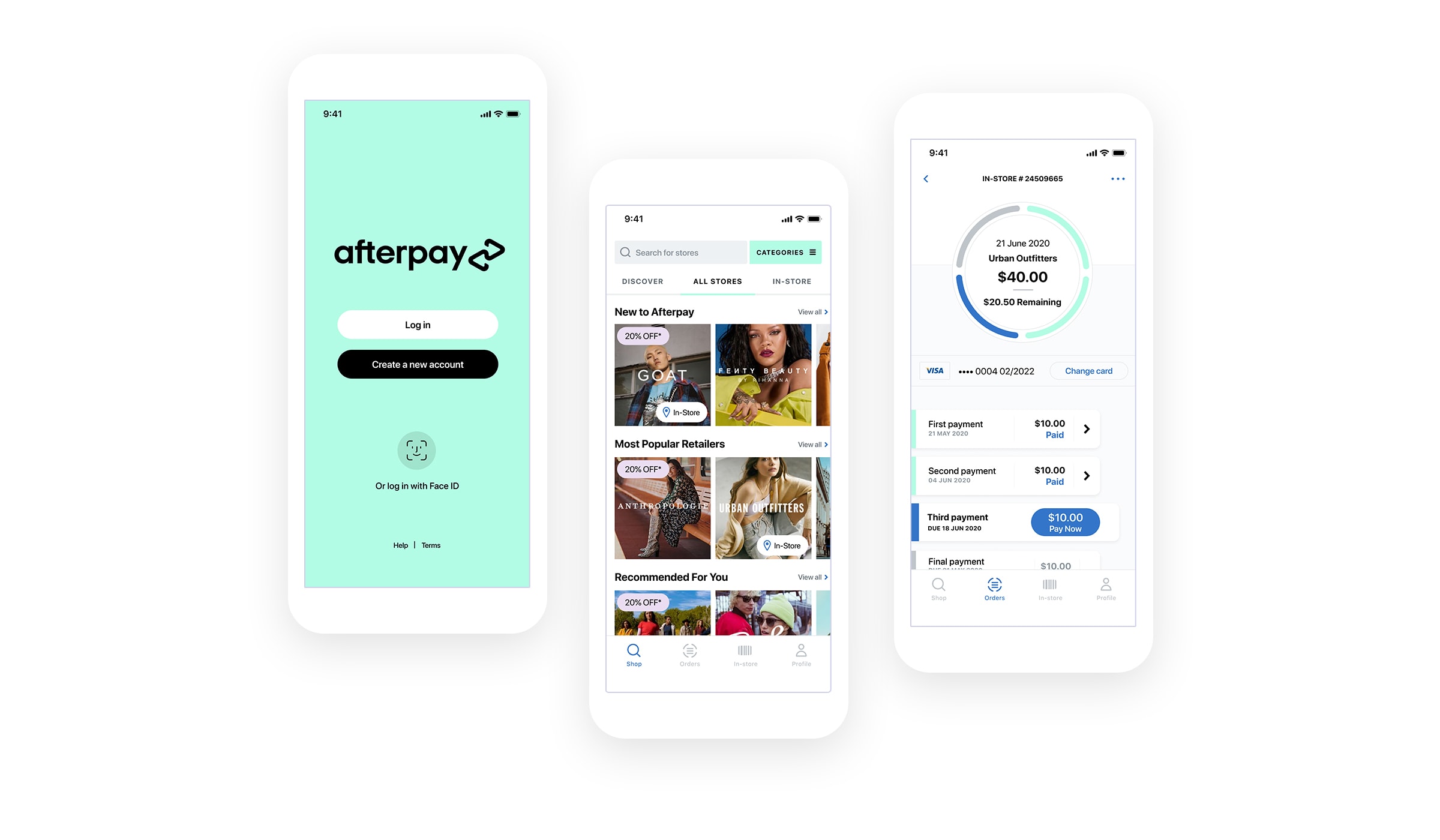 After having my son & needing the necessary & even unnecessary items a baby demands, afterpay made it easier for me & reduced the exorbitant amount of stress I was having at the cost of everything by offering payments I could handle & not having to wait until everything was paid off before actually receiving what was paid for

I love that you can shop at tons of different places, both online & in person, & instead of paying what could likely be a hefty amount you can split the total into 4 more easily affordable payment with no interest charged

While there are a lot of places available to shop using afterpay & even some you're introduced to that are amazing, there are still places like Walmart that aren't available yet

Reasons for switching to Afterpay

Overall, Afterpay is my go to!

I love everything about Afterpay. It's a great software with a huge shopping base. Have never had any issues and I love shopping at the palm of my hand.

At first I didn't like that my shopping was limited. That has absolutely changed since they have expanded their shopping base.

I was on an unpaid sick leave that unfortunately for me resulted in 1 or 2 missed payments. I’ve explained that I was terribly Ill and was not paying attention to the fact that ANY of my accounts set of for autopay was being rejected due to an expired card. UNLIKE most sensible merchants who contact their LOYAL CUSTOMERS or any customer when they notice a payment has been missed, AfterPay resorts to NON HUMAN FORMS OF COMMUNICATION! Less than a month later when I was back on my feet I IMMEDIATELY PAYED OFF THE PAYMENTS MISSED ALONG WITH THE ONES THATS WASNT DUE. To my surprise, PENALIZED BY AfterPay DRASTICALLY! My spending limit that was near $2000, a result of on time payments since late 2019 had been decreased to $50. ALL of my rewards stripped! I tried to appeal this by reaching out to customer service but received repetitive emails not explaining the drastic PUNISHMENT, but a regurgitated script of “SORRY FOR THE INCONVENIENCE THIS HAS CAUSED….SPEND MORE MONEY TO BUILD BACK UP YOUR LIMIT.”The NIGHTMARE continued when I conceded and took the L when I realized AfterPay is A COMPANY WHO HAS NO REGARDS TO THE PRESENT DAY ISSUES WHERE THEIR CUSTOMERS HEALTH COULD BE THE REASON BEHIND A MISSED PAYMENT! The past couple of days I’ve been trying to buy 2 items under my now $50 spending limit. AfterPay HAS REJECTED EACH ATTEMPT CLAIMING THAT THE PURCHASE EXCEEDS MY SPENDING LIMIT!

At first it was a convient way to purchase what you WANT without making any sacrifices to you important and necessary bills. I would use the service to by clothing, perfumes, sneakers etc.

AfterPay is good until you have an issue. The company causes issues that impacts your account for months at a time and the consumer has no control over what happens! In the end a fun service turns to an unnecessary nightmare!My problems started when I received an Email from Afterpay support that my account had been Hacked. I responded to the Email and that was the beginning of the end. You would think changing my password would be fix the issue but it wasn’t. The various agents working on my case forgot the reason of my inquiry to THEIR email turned into me reaching out to them to report a breech in my account. This took over 2 months to resolve! If they had PHONE SUPPORT, this would have never been an issue.

Reasons for switching to Afterpay

AfterPay is A COMPANY WHO HAS NO REGARDS TO THE PRESENT DAY ISSUES WHERE THEIR CUSTOMERS HEALTH or Any unforeseen Emergency COULD BE THE REASON BEHIND A MISSED PAYMENT! THIS IS CLEARLY A COMPANY THAT BELIEVES ELECTRONIC COMMUNICATION IS MORE EFFECTIVE THAN HUMANS! YOU CANT SPEAK TO A PERSON AND THE RESPONSE TIME OF CUSTOMER SERVICE IS COMPLETELY UNACCEPTABLE!

Overall, I find Afterpay a great resource for when I cannot afford to purchase a product in the moment.

I like how I can purchase products in the moment and pay when I can afford to.

This software is so convenient, that I tend to overspend.

This product makes purchasing things NOW easier and less stressful. I used it for the first time a few weeks ago, and I have had no issues. You receive an email before your payment is due, and you can use a debit card for no extra fee! I am told exactly how much I will need to have loaded into my bank account before the payment is withdrawn. No surprises and very clear instruction. I will use again and have told my friends and family they can trust Afterpay.

I have not had a single bad experience thus far. I was nervous at first that they would only accept credit cards or I would be surprised by hidden fees, but neither happened! I thoroughly trust Afterpay and will use it again in the future.