(16)
Visit Website
Overview
Reviews
Alternatives
Bonitasoft fully supports digital operations and modernization of information systems with Bonita, an open-source and extensible platform for automation and optimization of business processes. The Bonita platform accelerates development and production with clear separation between capabilities for visual programming and those for coding. BPMN graphical notation, full extensibility, and reusable components allow smooth collaboration among the different profiles on the IT team, and with the business teams. Bonita integrates with existing information systems, orchestrates heterogeneous systems, and provides deep visibility across all enterprise processes. CIOs can ensure an incremental and controlled evolution of enterprise applications, systems and business proc... 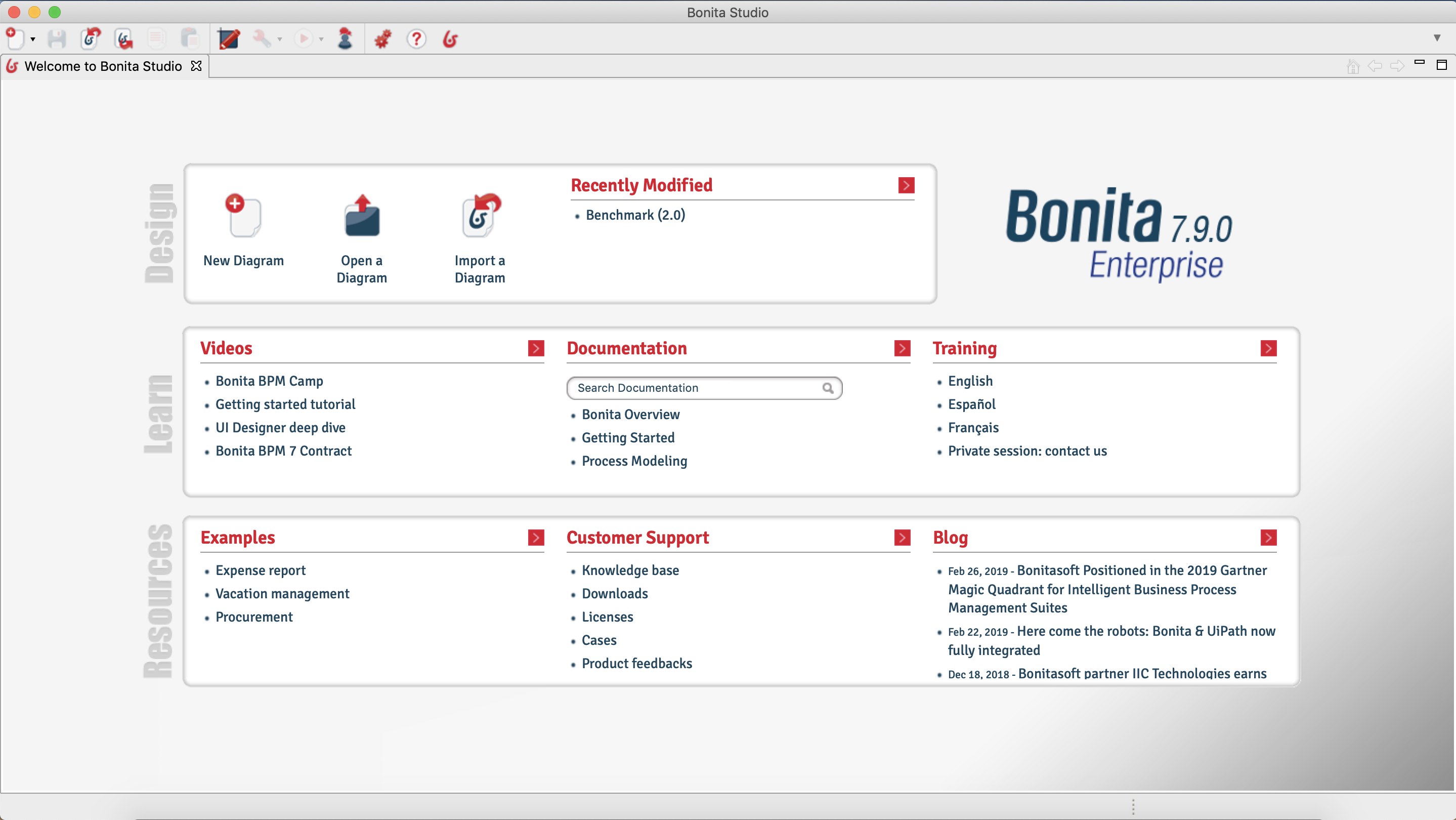 I implemented projects in several verticals: Financial, Telco, Public sector, Medical. It is just as any human process, you can implement with Bonita. I were able to solve each problem any of my clients needs.

Bonita 2021.1 make Process automation a thing you cannot live without in your organization once you implemented it. You get: Low-code, easy path from Designing the Process - Develop - Production, coherent, escalable and optimizable.

The reports included are enough if you only need to summarize your performance (from the process point of view). But I suggest to connect yout BI to Bonita in order to obtein reports with your business data as a variable for analytics.

Bonita Does It Beautifully

Bonita just made sense. The more you learn and put it to use the more you seems to be working with nothing because it works as intended. It is not that the piece has no problems. It does, as any software nowadays does. Sometimes you need to wait for a patch to come out and sometimes you just have to find and alternate ways of doing things but you never left at a dead end. The heavy IDE makes thing slugish at times but once it is deployed, the workflow processes are a rocket.

Bonita Open Solution (BOS) is a BPMS open source software. BOS has a very straightforward life-cycle: Setup server, setup developer's workstation, build workflow and deploy right from developer's station. Serverside-wise, BOS is a Java Web Application Server which means it has a pletora of deploy and configuration options like built-in scalability and security. Since it is Java, it has no limit to on what OS it can be placed. On the developer side it has a customized Eclipse IDE where one draws workflows and configure most of its details as well as its user-facing-UX. It has an close to infinite list of integration options, ranging from databases (anyone that has a JDBC driver) up to SAP and (almost) everything else (SugarCRM, Salesforce, LDAP, Active Directory and even Twitter, besides having connectors to HTTP, FTP, SMTP - all with or without SSL et al.) The workflow implementation has 100% compatibility with BPMN2 and since there is this infinite-and-growing list of connectors you cancreate processes that integrates with virtually anything. And if you cannot do what you want with it out-of-the box, since it is open source, you can tweak anyway you like it., Its commercial version has more ease-of-use but both perform the same (no crippleware.) Simulation capability comes with commercial version but you can run manually developed tests in the community version. Vibrant, active community, widely adopted by companies of every size, excellent cost-benefit ratio. :-)

Once you learn how to use it BOS is almost flawless. The thing I like it less is the Eclipse-based IDE for its heavy footprint. Although it is quite complete and easy to use, it needs a above-average desktop station to power it.

I choosed BOS because I compared it to several options and it was hands down the best one. BOS is easier to use and deploy and had lots and lots more of options and resources. Once you get to understand what BOS is about (easily building and fast running of BPMN2 workflows) you start to realise the limitation in its competition (some are criptic to understand, some are limited to its own connections and have no way to exand beyond that, some are slow and so on.) For instance a decisive feature was to hide it entirely making it part of a larger system. With BOS it was trivial. Some simply could not do that and most others required difficult to use APIs. That's it. I choose BOS because it is da bomb.

We have been using your open source product for the past 3 months or so. We are very likely to continue using your open source product. I fully understand the commercial aspects of business, as I have been in this business for over 40 years, so that is not the issue. We would be very happy to contribute to your product in code, examples, and large implementations. We also could advertise your product in the healthcare industry along side our product that is presented throughout the world in healthcare shows. We have an open source offering (i.e. messaging framework) and we are using BonitaBPM as our business modelling tool. We have successfully used your product and created front-end web interfaces. Your product provides our Business Analysts the ability they have always wanted but were unable to achieve with out your solution, to close the gap between business knowledge and the developers. Our issue is we were told to not ask questions of your support persons, as we are not using your commercial offering. We have a healthcare messaging framework that requires vast numbers of business requirements that we have modelled in BonitaBPM and used the output as our web interface. I would like to think we have common ground between our organizations that would provide mutual benefit. We, Leidos, are a 23,000 person firm. We are an organization that has been providing healthcare solutions sense 1965 and we have a very strong reputation in US government and international healthcare. I would think we might be able to aid one another in our efforts. We have able to apply the original technical information we received from your staff and gained additional information and understanding as own development team members dug through your product code base. If you would like to discuss this further please let me know.

We love the product, but as with all things there are frustrations especially in the early days, our people have been learning and moving forward two - three steps and then somethng comes along and you have to take a quick one backwards. This is one product that will go forward and I believe will become the standard to compete with. I just wish support would be easier for the open community. I will be reporting back over time on findings, regards

It is wonderfully easy to use. BPMN 2.0 support is a great positive. Process design is easy though the need for connectors (background activities (AKA Database access etc.)) is great.

Open Support is down to the community and it can be slow to get a response. Groovy and JAVA knowledge are an absolute requirement. Initial documentation is easy to follow but, once you've done that, drys up quickly. We would like to see a proper developers user manual, one that is truely capable of showing off the product. I personaly hate Wiki's, they just don't do it for me. Training is expensive! Nothing more to say on that subject.

Bonita. tool to make the BPM a marvel.

Bonita Software, a great tool to manage automated business processes. I used it frequently to practice and I loved it. It has features that help make the implementation of the process easier and lighter.

Sometimes it is slow in the process load, more than anything in the design stage. Little space for personalization, should be taken into account.