PriceDemo
Product Overview
User Reviews
Comparisons
Alternatives
PipelineDeals allows users to manage their contacts, qualify leads, and track leads and deals within a singular, cloud-based program. The system provides both sales engagement and CRM while providing daily pipeline snapshots, real-time deal status updates and 3D charts on a comprehensive sales dashboard. With PipelineDeals, users gain access to pages that contain all activities, people, documents and events related to a single deal. By providing 12 standard data fields and 225 custom data fields, users are able to save as many details as they prefer. The system also sends trackable emails, so users always know when someone opens a message, downloads an attachment, or clicks a link. Sales associates can import existing data in bulk from other CRMs or spre...
Read more

Find the right Marketing Software for you.

What key features are most important to you in Marketing Software?

Its not Salesforce, but it also won't bankrupt your small business

Overall, this was the solution my company needed. We had used Salesforce long before I was on staff, and it was too costly to keep using. When I was onboarded there was no CRM being used, and that had to change. Pipeline Deals gave us all the functionality we needed at a much much lower cost and barrier to entry. Highly recommended.

This is a very powerful CRM solution. As I was looking for solutions I came across quite a few that were reviewed by many sites. Pipeline Deals consistently was in the top tier of CRMs for SMB companies. I watched a few online demos and reviews before reaching out to their team. I was quickly assigned a representative that walked my team through a live demo and set us up with a POC trial. After our trial ended we signed up and were off. Setting up Pipeline Deals was quite easy, as the software can conform to your needs. Almost all fields are fully customizable, however this did take some getting used to, to see how changes were reflected as a whole in pipeline view. Overall, great product for a lot less than what Salesforce, Salesloft of Hubspot might run you.

As a smaller company some of the integrations that other CRMs have were either missing or lacking. However, Pipeline Deals is getting better about innovation. One of my favorite shortcuts they rolled out was a LinkedIn plugin, this allowed for you to connect with somebody on linkedIn and in one click import them into your CRM. However, many times it would populate the fields with incorrect info or just generic info like where their company was headquartered instead of where that employee was actually located. Additionally, at times the APIs for some of these newer services would change, and then the features would not work.

It seemed to have a better user experience

Reasons for switching to Pipeline

Cost was too high on Salesforce.

My company has used Pipeline Deals since around the time they started. We were a very early customer. I started with one sales person and have moved up to about 10 today. The system works great for this size sales team. It's not cumbersome to use as a central system for a small team to stay organized. I highly recommend it to anyone with a sales force in that range. I can't speak to it's scale above that as its my experience up to 10 active reps. They have taken what was a massive set of things reps would need to do in some of the other online systems (lets call it OVERKILL) and boiled it down to activity, opportunities, and centralized performance measurement. Its got all the bells and whistles you need... while not overwhelming you (as the sales manager/owner) or your reps with tons of required extras that clutter their ability to move fast and keep selling.

The actual "finished" reporting built-in for sales performance, historicals, trending, etc is lacking quite a bit as far as "management" type reporting goes [its almost all list based reports, no roll ups, etc... you can see everything, but its not presented in any customized executive way, reason I think it works well for smaller teams. But without better aggregation, I dont think it would be fun to manage 25+ reps on something like this]. (It can be done with outside graphing and custom tools using their API but not everyone can do that). Real-Time, Customizable, Formatted Reporting for "summary/trend management" would make this thing a 10 out of 10 !

streamlined the way we deal with enquiries and increased data sharing

being able to track live deals by team and by person. Database of contacts across the company

Sales in our office is all about Volume

The program is really not completely intuitive. This has not hurt us as our questions get answered whenever they arise by their support team. We are more successful with our business because of this program.

It could not be easier to load prospects. We signed up for a library card online. We select the type of businesses we want to pursue. We download spreadsheets of demographic information related to them. We upload those spreadsheets and start calling.

I am certain that there are programs that provide more management tools. We simply are not that sophisticated with our sales efforts. If it is simply volume you seek, this is the right product. If you are looking for less effort and more management, pick again.

Cost, the price is so low that it should be given a try. We have found it to meet our needs. It tracks our sales staff's efforts daily, allows them to keep their notes in the system and inform administration when they need more prospects loaded. 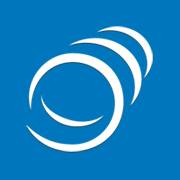 Hi Larry, thank you for writing a review. We value your feedback.

My job as the Marketing Adviser is to schedule appointments for my team. I have only used PipelineDeals the past 4 months. It is an absolutely terrific way to keep on top of deals falling through the cracks, calendar schedules, my tasks and agendas. They even have a phone application. I know once we get all our calendars synchronized my job will be much better. PipelineDeals is a great asset to have to carry on my work, as I work remotely in Minnesota for my team in Southern California.

I love the communication part of the services because you are able to share deals and the tracking capabilities are awesome For instance If I add a Person it will let me automatically create a Company and then from there I can create a Deal and track the progression. The reminders of task, agendas and scheduled meeting calendar reminders allow me to have a flow of business throughout the day. I have so much more to learn - PipelineDeals has training at least two or more times a week and they also supply all different training modules. I have a terrific contact that is a live person for a Success Coach who is more than willing to assist our team.

One area would be better is that now I know to create the Person 1st and the Company will be created right then, however not all the company information shows and so I need to create and retype all the information again, like the address, phone number, email etc. Then two addresses show up. It would be nice when you create the person you create the company, deal with all pertinent information at the same time - then when you add a new person to the deal all that information populates for them that is attached to the company and deal. Also the ability to isolate the deals lost so they do not show up in the whole list-but they are there so your percentages of win-losses are calculating.