Is SoftLedger right for your business?

SoftLedger is a cloud-based accounting solution for small to midsize businesses. Key features include accounts payable and receivable, general ledger, financial reporting, consolidation reporting and inventory management. SoftLedger is able to automate billing and collections by syncing accounting and operations. Users can track vendor billing and gain insight into how expenses match up to budgets. The solution also supports usage-based billing and offers general ledger functionality. Financial reporting is driven directly from the financial system of record to provide real-time data. SoftLedger is able to directly connect with banks and provide detailed information on cash flow. As transactions are recorded for various business segments, the related journal e... read more

How much does SoftLedger cost?

Which features does SoftLedger offer?

People who reviewed this software give it a 4.5 star rating for functionality.

How easy is SoftLedger to use and deploy?

People who reviewed this software give it a 4.5 star rating for ease-of-use.

Fast, easy to operate and to manager! It is absolutely affordable and reliable!

SoftLedger letted us make our Financial Consolidations of our multiples Financial Statements. There we can review our numbers updated in any place of the world. SoftLedger has interface with our Bank Accounts and help us to do the accounting releases easily.

SoftLedger is the best system that we found in the market. It allowed us to work with many accounting models of many corporations in a variety of countries. It is easy to generate reports and consolidate the financial accountings perfectly. It is simple to access and to operate. It is flexible and absolutely free to create a tailor made accounting.

It is not a multi-currency system. Rarely it is slow! But it happens. I cannot assure if it is SoftLedger or my internet access. 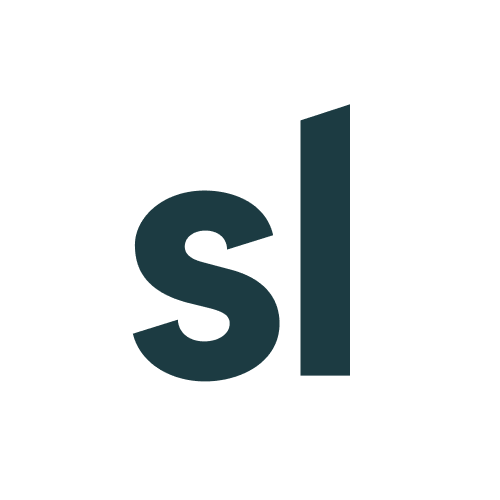 Thanks Ronaldo! We greatly appreciate the feedback. Ben

Easy to use, no frills software for managing procurement, accounting, and inventory management.

Very satisfied. We spend significantly less time operating in Soft Ledger than our previous systems because they're so much easier to use. Especially with Procurement and Inventory Mgt, this frees up time for our team to focus actually on contracting, cash flow, logistics, inventory mgt, etc., instead of spending hours in our system just to create PO's or inventory.

How easy it is to use. It took us less than 5% the time understand and implement Soft Ledger than it took us to implement and train for SAP and Microsoft AX. We also love how it is customizable and doesn't have the barriers that other softwares had. With SAP/Microsoft AX, we had to adjust our procurement policies and procedures just to fit in with their systems. With Soft Ledger we were able to very easily customize it so that we could maximize efficiency.

Nothing. Is is very easy to use and can be as simple or as heavy of a tool as the user would like it to be.

The Soft Ledger team knew we were looking at more expensive products. They convinced us that we should give them a try first since it would be low cost and easy to implement, while the other softwares would have taken months to implement and train with and would have had large investment cots. Within the first few weeks of using Soft Ledger, it was clear that we did not need to consider any other software for procurement, accounting, and inventory management.

Reasons for switching to SoftLedger

Our division became an independent subsidiary of our much larger parent company and we decided we needed a system that worked for us instead of a system that has to work in the confines of our parent company. Prior to becoming a subsidiary and switching to Soft Ledger, we were forced to use a system that was slow, very difficult to customize, couldn't be used on Macs (which created problems for some of our teams), and was clearly not meant for our industry (batteries / energy storage). We wanted something that we could customize for ourselves, would be easy to use, wouldn't require exhaustive training, could be used on Macs, and didn't have the enormous investment costs you have with other systems just to get them set up to try out.

Good features and works smoothly, but not worth the cost

Meh... Using Xero or Quickbooks is a much better investment with their add ons and capability. When I chatted with a sales rep they made a big deal about how they were different than QBO or Xero, but it wasn't that big of a deal.

They don't have many apps that will sync with this. Their pricing doesn't make sense... 5 organization and only 3 users?? It's like the hotdog-bun scenario. The cost for extra users is ridiculous and you HAVE to purchase 5 organization.

I thought the sales people had more up their sleeve... nope... it was just a GL software and has Crypto capabilities.

Really positive experience. It took me about 6 weeks to have the platform up and running from our old accounting system just in time for our first half year report.

The AP and AR reports are really bare. More flexibility in report building would be much better.

Simple and intuitive. The sales and pre-sales engagement was also really good.

Reasons for switching to SoftLedger

The Softledger accounting system is extremely user-friendly. For users switching from one accounting system to Softledger, the bulk upload function allows for large batches of entries to be posted. In addition, there were several times where our team ran into user issues while learning the system. The customer support team is always available and very helpful for a variety of issues. The team is even available for calls to discuss broader issues and assist with planning the scope and use of the accounting system.

The one feature that proved cumbersome is the opening and closing of accounting periods. If you need to go back to prior periods for adjusting entries, you have to manually open each module (6 in each month) for each month and then manually reclose each as well. There is no capability to open a full year at once. Also, you can only post journal entries at most 100 at a time. For bulk uploads with thousands of entries, this makes it very time consuming to manually click each group of entries to post.