Since it was first introduced in 1995, voice over Internet protocol (or VoIP) telephony has become increasingly popular among businesses due to its ability to lower costs and provide greater flexibility. But there is one possible drawback to switching to VoIP that must be considered: the potential loss of phone service due to Internet failure.

VoIP phone calls are made over the Internet, instead of over analog phone lines, which means if your Internet connection goes down, so could the ability to make and receive phone calls. Businesses using VoIP therefore need to plan ahead of time for how they will ensure uninterrupted telephone service. Here are three strategies you can implement to keep your VoIP telephone service up and running even if your Internet connection goes down.

Choose a System With Built-In Redundancy and Call Continuity

When evaluating VoIP systems, you should ask providers if they offer call continuity and system redundancy features. These features automatically forward calls in real time to designated mobile phone numbers if your Internet service fails. “These systems help ensure that no VoIP phone call is ever lost,” says Yaniv Masjedi, the vice president of marketing for Nextiva, a cloud-based unified communications provider.

Also known as mobile-ready VoIP, these systems enable businesses and their employees to access the VoIP system via whatever kind of mobile device they desire, whether a smartphone or tablet. “This gives you and your employees telephone access via whichever device is most convenient for you, regardless of whether your Internet connection is working or not,” says Bernard Gutnick, senior director of product marketing for ShoreTel, a provider of business communication solutions.

He explains that, with many mobile-ready VoIP systems, all of the call features that are available on VoIP handsets are also available when calls are forwarded to a mobile device. This includes caller ID, call forwarding, a second call waiting feature and the ability to transfer calls to another person. “If employees are unavailable to take the call, their corporate voicemail message can be programmed to activate instead of their personal voice mail message,” Gutnick says.

Gutnick says that many businesses in New York and New Jersey experienced down VoIP phone service in the aftermath of Hurricane Sandy last year. “One hundred percent of power and Internet connectivity were lost in many areas affected by the storm, but businesses with mobile-ready VoIP systems were still able to make and receive phone calls from remote locations that weren’t affected by the storm,” he says.

John Lapore Insurance in Rockaway Park, N.Y., is one example of such a business. Though their office was destroyed by the storm, their emergency plan included mobile-ready VoIP, which allowed their phone service to continue despite the weather. “All we had to do was get phones plugged into the Internet at remote locations that were not impacted by the storm and we were up and running,” he says. “This was critical because it was important that our customers be able to reach us during this critical period to help them file claims.”

Mygrant Glass, an independent wholesale distributor of auto replacement glass headquartered in Hayward, CA, experienced major flooding recently that knocked out power and the Internet in the entire area where one of its warehouses is located. “Other companies in the area were not able to receive calls and as a result, they lost business,” says IT Director Daniel Parkinson. “But our VoIP service enabled us to route calls instantly to other unaffected sites. It was all transparent to customers and didn’t require anything more than changing the routing traffic.”

Use a Backup or Alternate Internet Service Provider (ISP)

In a typical setup, the Internet connection into the business is split into two separate networks, which are supported by two separate ISPs. One provides service to the VoIP telephones and the other provides service to the computers. If the ISP that’s supporting VoIP goes down, the VoIP system can automatically be switched to the other ISP so there’s no interruption of phone service.

Another option is to establish primary and backup Internet connections that support both VoIP phones and computers. “These can both be plugged into a simple router that can be used to automatically switch to the backup ISP if the primary ISP goes down,” says Yosef Rabinowitz, the managing director of TBRC Cost Recovery, LLC, a telecom cost reduction consulting firm.

Of course, having what is essentially redundant Internet service will increase your Internet connection costs. “You have to determine how important this redundancy is to your business and how vital it is that you never lose your phone service to determine whether this is worth the cost,” Shehan says. If your backup ISP will only be used to support VoIP, you might be able to get by with less bandwidth, so long as it’s at least 56 kilobytes per second (KBps).

InterCall, a video and audio conferencing and collaboration services provider, utilizes dual ISPs as part of its VoIP redundancy efforts. “Having dual ISPs is a very robust approach to ensuring VoIP resiliency,” says Jon Bratsis, InterCall’s senior director for product management. “We have both ISPs running at all times, with one serving as the primary Internet connection and the other as a failover backup connection.”

InterCall takes redundancy a step further by having two Internet circuits running into the business from its primary ISP and another circuit running in from a separate ISP. “If the main circuit from our primary ISP fails, our Internet connection is automatically switched over to the second circuit from that ISP,” Bratsis explains. “If our primary ISP fails altogether, the connection is automatically switched over to our backup ISP. This arrangement provides us with complete VoIP call continuity.”

Once again, it’s all about establishing redundancy in your connection to the Internet. In the same way that using a backup Internet connection protects you from an ISP failure, establishing a backup at the point where your private telephone network connects with your Internet cable protects you from a loss of Internet service due to damage to the cable that’s running into your business.

“This is what’s sometimes referred to as the ‘last hundred yards’—the Internet cable that actually runs into your business and connects you with the public switched telephone network (PSTN),” says Gutnick. “You don’t want there to be just a single point of connection between your private telephone network and the PSTN, because if that connection is damaged—if someone is digging and cuts the cable, for example—your Internet service and your VoIP service will go down and you won’t have any backup.”

The bottom line: If you’ve been considering switching your business telephone service to VoIP but have hesitated because of concerns about losing phone service due to Internet failure, this concern should not keep you from making the switch. By implementing one of these three strategies, you can ensure uninterrupted telephone service for your business—and reap the many potential benefits that VoIP has to offer.

How to Pinpoint Call-Quality Issues in Office Phone Systems 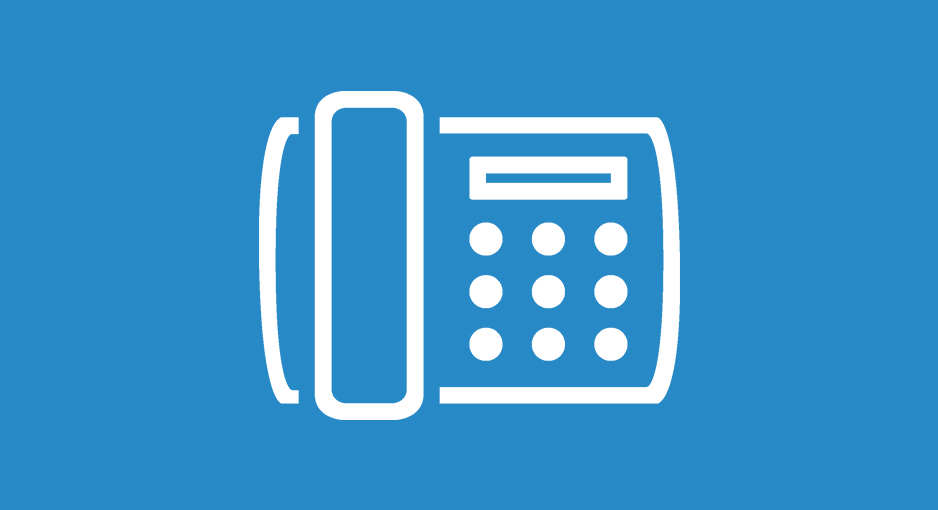