Google Voice is Google’s Voice over Internet Protocol (VoIP) telecommunications application. The search giant has been rapidly expanding the platform since it launched in 2009—they more than doubled the number of daily users just a few years after launching. This popularity is mainly a result of people wanting to make free and low-cost phone calls.

Google Voice can be used for business purposes as well, although it has some limitations. We spoke with small business owners to learn more about the pros and cons of using Google Voice as your company’s VoIP solution. We’ll also look at how users rate the tool.

What is Google Voice?

How to set up Google Voice

To use Google Voice, you need to set up a Google account (if you don’t already have one for a Google service such as Gmail or Drive). After signing in to your account, you can go to the Google Voice home page and choose a phone number for your Voice account. Google offers a selection of numbers it has purchased in various area codes. Many area codes are unavailable, but new batches of numbers are added on occasion (and without notice).

Calls to a user’s Voice number will ring on whatever device—computer, tablet, smartphone—is signed in to the Google Voice account.

You can also use your device to place outgoing calls. Calls within the U.S. and Canada are free, and international calls are charged at competitive rates.

Most users choose to forward their Google Voice calls to another phone number rather than always leaving a device turned on and signed in to their account.

This call-forwarding function is typically how businesses that use Google Voice incorporate it into their telephony plans. For example, companies may publicize their Voice number as their official business number and have the app forward all calls it receives to the mobile or landline phones of employees.

Use this tutorial to learn how to easily set up a Google Voice account for personal or professional use:

That’s just one basic example of how businesses use Voice. Let’s look at the service in more detail.

How are businesses using Google Voice?

As an answering service:

Using Voice as an answering service is popular with businesses for which missed calls can mean losing a client or a sale. This includes real estate and insurance agencies, and financial advisory and brokerage firms, for example.

“We use Google Voice specifically as our answering service,” explains Jon Clark, founder of Fuze SEO. “For us, we have discovered responding to web leads is vital to closing deals. As a result, if we are on the line or out of the office, the voicemail can be easily sent directly to a distribution e-mail address.”

Google Voice sends all their calls and email transcriptions of the voicemails to Fuze SEO’s sales staff, who can then quickly return the call.

To use a different area code:

When first signing up for a Google Voice account, users select their new number from a wide range of area codes. They do not need to choose their local area code—and in many cases, business users have good reason not to. Jennifer Martin explains how this flexibility helped her company, Zest Business Consulting.

“I was in the process of preparing to move from Bend, Oregon to San Francisco,” Martin says. “Initially, what I appreciated about Google Voice was the ability to choose a new business phone number with a 415 area code [San Francisco] before I actually arrived in the city. Existing clients could continue to reach me on my cell phone directly, and new clients could call [a local number] and reach me on the same cell phone through Google Voice.”

Too much of a good thing is usually still a good thing, but it also presents challenges. This is often the case with phone calls, especially for small businesses with rapidly growing client bases. Peggy Farren, a working photographer who also runs the training center Understand Photography, found a clever solution to the problem of high call volume.

“We are a small office; it’s just me and a few part-time helpers. I can’t possibly answer the 20- to 45-plus phone calls I usually receive in one day,” she says.

So Farren started using Google Voice, and set up her account to send transcripts of each voicemail message straight to the company email address. Through this streamlined process, Farren reports, she now saves many hours a day.

You might not think that businesses make use of text messaging, but they do—and with increasing frequency. Google Voice users can send and receive SMS text messages through their account, either from the Google Voice page itself or from one of many smartphone and computer apps that serve as front-ends for messaging.

A Google Voice phone number can also integrate with some business applications, such as customer relationship management (CRM) software. Jeff Martin explains how texting and CRM integration work together for his business, Dog Sled Rides of Winter Park.

A Google Voice number can be used to hide a user’s personal number from their business contacts. By publicizing a Voice number and having all calls to it automatically forwarded to personal phones, business owners and employees can answer business calls on their own devices, without ever revealing their personal numbers to customers.

“I’ve used Google Voice for the past year for my business,” says Virginia Roberts of The Heartographer. “I started using it because as I started to grow and advertise, I had more unsolicited calls, and calls at inappropriate times. I didn’t want my personal cell or my home landline numbers printed so visibly.”

Robert’s solution was to publish the Voice number as her business number, and have those calls forwarded to her cell and landline numbers. Google also lets users set restrictions on when calls get forwarded.

For example, calls between the hours of 9 a.m. and 5 p.m. get forwarded to a cell phone; calls outside these times go straight to voicemail.

For instant messaging and video:

In September 2014, Google Voice integrated with Google Hangouts, which is Google’s instant messaging/video chat client. Google Hangouts offers free voice calling in some countries, with certain restrictions. For instance, calls to some numbers may incur a $0.01 per minute charge.

Hangouts users can also make free video calls to other Hangouts users and can set up 10-participant video conferences for free. With a Google Apps for Work account, the participant limit increases to 15.

These capabilities make Hangouts one of the best freemium communications clients out there for smaller businesses, though it’s still a far cry from a true unified communications solution.

What do users think of Google Voice?

Users at our site have given Google Voice strong ratings, with a 4.25 out of 5 rating based on 56 reviews as of Oct. 1, 2019, with just four users rating it below average. Google Voice is rated highest in value for money (4.5) and ease of use (4.5), but suffers somewhat in the customer support category (3.5). Nearly all users—97%—say they would recommend the service to a friend or colleague.

We analyzed the 45 reviews left on Software Advice over the last two years and found three general positives.

✔ Free calling in the U.S. and Canada. Not surprisingly, users enjoy the fact that Google Voice is free for calls in the United States and Canada. This helps them save money on a landline or mobile phone dedicated to the business.

✔ Free anonymous number. Users liked the fact that they can have a second number that allows them to avoid giving out a personal number. It also allows small businesses on a budget to look professional by having a business line instead of having clients contact them through a personal cell number. Additionally, it provides the advantage of being flexible, in that you can have calls forwarded to any device you want.

Reviews of Google Voice are mostly positive, but there are a smattering of comments from users on some potential improvements to the platform.

One user notes that your account is charged as soon as the number dials. Another raises a concern about how Google Voice may use personal information gathered through the service. Read all the Google Voice reviews here.

Is Google Voice right for my business?

Implementing a new phone system for your business is a decision that should be researched and well-planned. There’s a long list of business VoIP providers to consider, with many offering great service at reasonable and competitive prices.

Google Voice is certainly an interesting option. It clearly has a lot to offer, providing a range of telecom services for free that other companies charge for.

But the saying that “you get what you pay for” does apply to Google Voice. It’s not perfect, there’s little customer support, and it may not have all the features you need (such as automatic recording or integration with platforms such as Salesforce). For all that it offers, many businesses find a great deal of value in Voice—it just may not be the right choice for you as you scale.

Before you settle on Google Voice, explore some other options. To learn more about small business VoIP solutions, check out our VoIP phone systems buyer’s guide.

Note: Listed pros and cons are derived from features listed on the product website and product user reviews on Gartner Digital Markets domains (Capterra, GetApp, and Software Advice). They do not represent the views of, nor constitute an endorsement by, Software Advice or its affiliates. 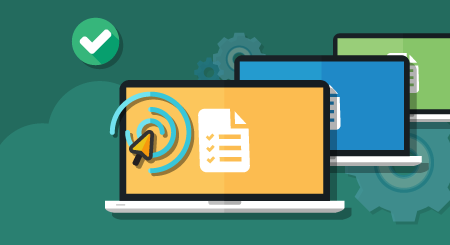 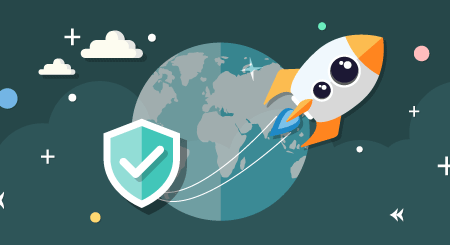 Futureproof Your Small Business: Use Chatbots for Construction Automation