Local presence dialing is the practice of making it seem as though a call is coming from a local area code, even when it isn’t. (Note that this differs from caller ID spoofing). It’s available through many telephony platforms and has found favor with many call centers—especially those engaged in outbound sales.

The idea is that people are more apt to answer a call from an unknown number if that call appears to be coming from a local number: this gets the caller’s “foot in the door.” But is answering enough? Does local presence dialing really open doors for outbound-sales calls, or does it only slam them shut? We conducted a survey to find out.

We began our survey by testing responses to three different scenarios. In all three, we asked participants the likelihood that they would answer a call if they did not recognize the number on the caller ID.

These differences became even starker when we examined each scenario individually:

Lowest Answer Rate for Toll-free Area Codes
When people see a toll-free area code on caller ID, they can be certain it’s a business calling. If it’s an “unknown number”—meaning, a business the person doesn’t have a pre-existing relationship with—they often prefer not to answer the call. In fact, just over 80 percent said they’d be “extremely unlikely” to answer the call.

Slightly Higher Answer Rate for Out-of-state Area Codes
Calls from out-of-state area codes are, by definition, not local—but it’s not a given that they’re business numbers, either. Those who said they were either “somewhat” or “extremely likely” to answer an unknown call from an out-of-state area code totaled 13 percent—nearly doubling the 7 percent for the previous question.

Highest Answer Rate for Local Area Codes
Now, the real question: Do people respond differently when the unknown caller appears to be calling from a local area code? Twenty-eight percent of those polled said they were either “somewhat” or “extremely likely” to answer calls from unknown callers with local area codes.

As a strategy for getting people to answer the phone, local presence dialing is clearly extremely effective.

The above results prompt several questions, the first being: When a person notices a discrepancy between what caller ID displays and the presumed location of the caller, what conclusions will that person draw? To find out, we asked our participants what assumptions they make about the company’s motivations for using a local area code.

They’re right, of course—and this suggests that the practice may now be commonplace enough that people expect it.

Nearly Half Would Hang Up on Local Presence Dialers

Local presence dialing does increase the rate at which people answer calls from unrecognized callers. And once they realize that the caller is not local, most people know the reason the caller used a local caller ID.

How, then, does this affect the relationship moving forward? We asked how people would react if they answered a call from a company using a local area code, but found the company was actually out-of-state.

Given that these were anonymous responses to an online survey, it’s prudent to take them with a grain of salt. It’s possible that in real life people would not be so quick to hang up the phone. Nevertheless, this does serve as a strong indication. It at least tells us how people feel they’d react, even if in reality, their reactions might be a little less severe.

Impact of Local Presence Dialing on Likelihood to Do Business

What we see here is a large portion of respondents claiming local presence dialing would negatively affect their likelihood to do business with the caller. Interestingly, though, we see an equally large portion on the fence.

It seems likely that those expressing a neutral opinion, saying they’re “not sure” if their decision to do business would be affected, would base their decision on other factors, such as the content of the call, the sales pitch or the attractiveness of the deal or business proposal.

This survey has revealed several important lessons regarding the practice of local presence dialing. The first is that it clearly works. People are far more likely to answer calls from unknown callers if they see a local number on caller ID: four times more likely than if the caller ID displays a toll-free number.

However, once people realize the caller’s actual locale, they’re generally savvy enough to understand the reason for the discrepancy. The strategy does have a small element of deception, though, and a large portion of respondents claim they’d react strongly to this (by hanging up the phone). It’s uncertain whether or not, in reality, people would react as strongly as they claim.

The most significant findings are, first, that local presence dialing could negatively affect the chances that a person will want to do business with the caller. This indicates that the practice should be used with caution.

The second is that there’s an equally large group indicating they’re unsure if it would impact their decision. This uncertainty means that in these cases, local presence dialing does work to get the caller’s foot in the door.

Given that local presence dialing can increase the answer rate by several hundred percent, the 41 percent who claim they’d hang up can, in a statistical sense, be written off as a loss. That number of slammed doors is more than made up for by the increased rate at which others are opened. Discounting other factors, such as the company’s reputation or broader public relations strategies, local presence dialing can be very effective.

To find the data in this report, we conducted a four-day online survey of six questions, and gathered 2,310 responses from randomly selected Internet users within the United States. We worded the questions to ensure that each respondent fully understood their meaning and the topic at hand.

Sources attributed and products referenced in this article may or may not represent partner vendors of Software Advice, but vendor status is never used as a basis for selection. To further discuss this report, or obtain access to any of the charts above, feel free to contact me at craig@softwareadvice.com. 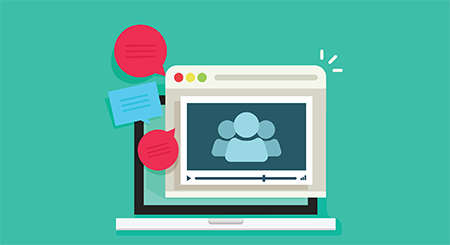 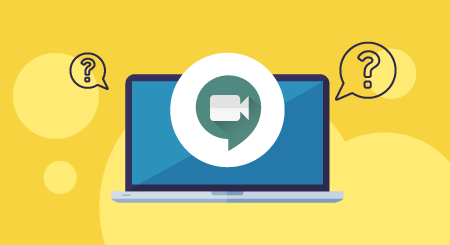 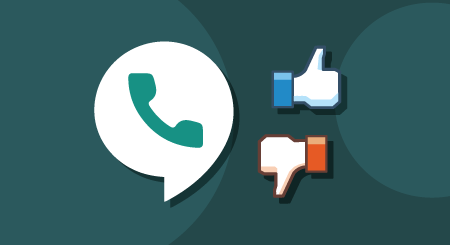