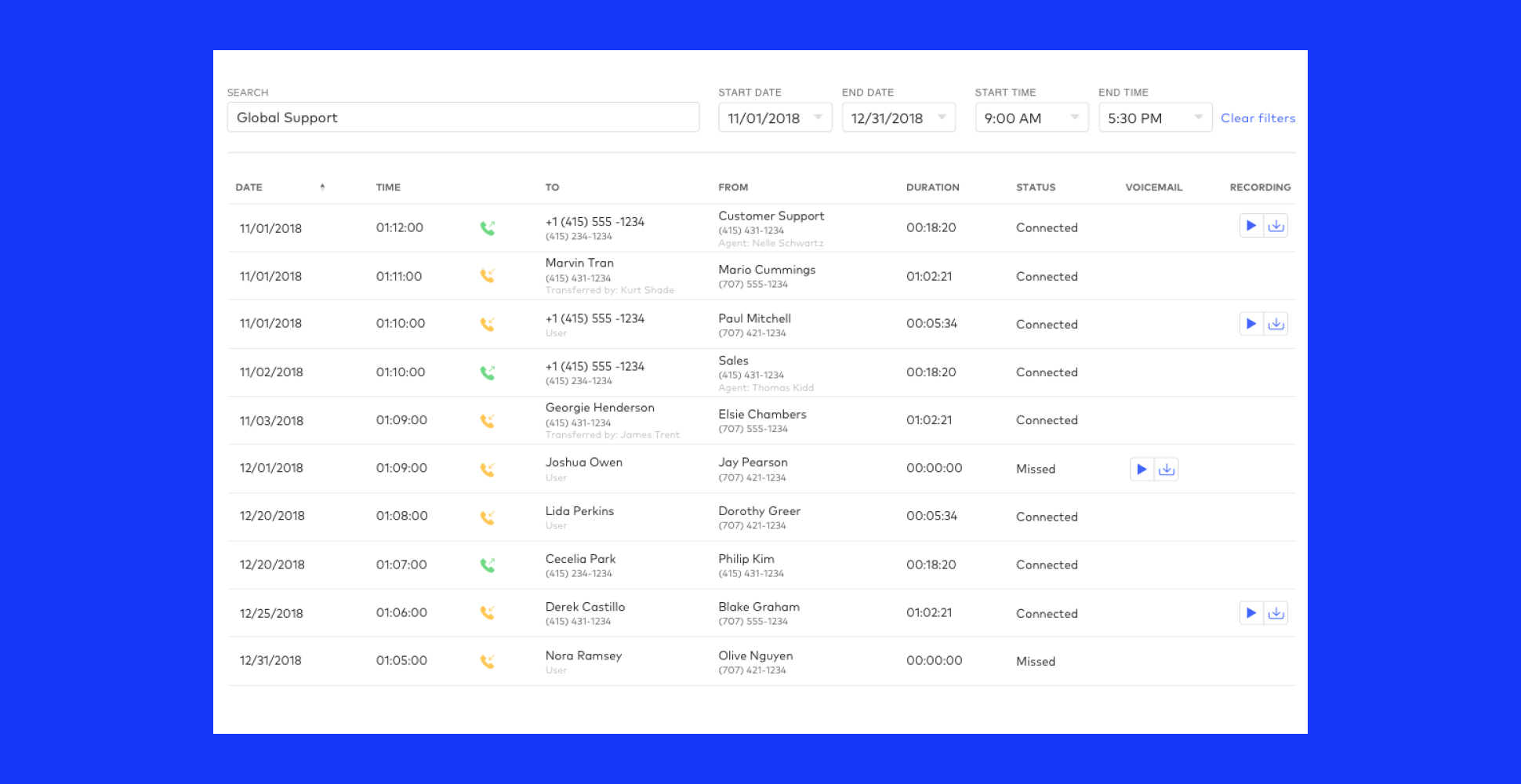 Overall, it's the most progressive VOIP option with the most current and cutting edge features. It's also less expensive than the competition. I won't switch to another provider for the forseeable future.

Dialpad is one of the newest VOIP providers and feels that way- their design and feature set always seem to be a couple steps ahead of their competition. They pushed the softphone-forward model from launch, making deskphones a less preferred option. They integrate messaging fairly well into the app, and include all their features at one pricing tier instead of nickel and diming for upgrades. The app is upgraded at least weekly with tweaks or new features.

The interface still needs a little work; it's hard to tell when new text messages come in and there's no way to filter/sort/search in an efficient manner. Same goes for voicemails. The internal contact directory is helpful but not able to be "managed" in terms of combining dupes or bulk editing.

As primary business phone line, Dialpad fits the bill. I can make and receive calls for my business on my personal phone without revealing my personal number, and I can maintain a minimalist customer list. As a mobile-only (not an enterprise) user, there’s a lot that the app can do which I don’t need. Dialpad appears to have capabilities that can support my business growth (additional users and physical locations), but I’ll be wary of whether their inconsistent iOS interface is an indication of spotty development overall.

Note: Dialpad offered gift certificates to reviewers. I think that’s shady. But I have used the app 2+ years. Best: I am a sole proprietor (single user) & love that this app gives me a business phone number that rings to my personal device. That’s genius, a good value, and worth all interface hassles. Also, support has improved a lot. I get timely, thorough responses to issues: there’s a star-rating requested every outgoing call, and when I have reported issues (rare, such as one-way audio), they’ve sent detailed analysis explaining what happened. At least one bug I reported (an issue where the keyboard covered most of the comment field on a feedback window, with no scrolling) has recently been fixed.

Dialpad scores terribly on its interface and on interoperability with other apps. The contacts-search function won’t access iOS Contacts (even with access granted in Settings): type a name in search, and it will sit & spin all day. It doesn’t even time out. The app provides a skeleton contacts function (name, phone numbers, emails, company, and title—that’s it), so I lose a lot of functionality that’s essential for a communications app. Similar fail when sharing a picture from Photos: tap Share, select Dialpad, and the app will open to the eternal spinner (yet the app will acceess Camera and Photos the other way around). Also, unlike iOS Messages, when I start a text in Dialpad and need switch screens or apps, the draft text goes away. Lost time & effort. These issues are all long term, so clearly, the development team just has not prioritized basic functionality in their phone app.

I use it every day and it works well sometimes and when that happens, I am able to make a sale. I also like that you are able to record your call and even if you forget to record the call, it can automatically translate your call into a written conversation which is nice when you are dealing with sales and agreement

The connection sometimes is very bad and there is so much latency and issues when I use wireless headphones. My wireless headphone works well on my other software. Also, there are some phone numbers that you are not able to send a message to which could be helpful since dial pad can send text messages.

Great functionality and Price point for a small business

I've had it for so long, I can't remember how long. That means it's constantly used and part of my toolbox.

A number available for voice and texting

Just a matter of preference and supporting a growing company

Reasons for switching to Dialpad