As a small-to-midsize nonprofit, what’s your biggest fear? Is it high overhead costs? Losing out on donation money to other charities? Finding a solution to the problem you’re trying to solve and having world peace break out as a result?

OK, it’s probably not that last one

Whatever your major concerns are currently, here’s one that should rate highly: donor fatigue, the term for the diminished response by donors to needy causes as those causes never seem to improve.

More frequent requests for donations in the wake of this diminished response only compound the issue, adding to the levels of fatigue.

Poorly managed donor fatigue can contribute to non-profits losing over a third of their donors.

If giant international issues like hurricane relief and war reconstruction suffer from donor fatigue, then so can your nonprofit.

Nonprofits can’t afford to lose supporters to donor fatigue, and thus they must implement deliberate responses to address their causes.

Here are the five most common causes:

1. Nearly 100% of Disconnected Donors Don’t Contribute
2. No Visuals = No Engagement (And Lost Donors)
3. Fundraising Events Are No Fun (Which Means No Funds)
4. Donors You Don’t Track Can Leave Without You Even Knowing
5. Letting Donors Leave Without Asking ‘Why’ Means You’ll Improve

Imagine going to the grocery store in order to buy some fruits and vegetables. However, instead of being able to shop for what you want, your only option is to purchase a big box marked “fresh produce,” with no clue about which actual product you’ll be getting or the benefits you’ll gain from them. That might be how J.J. Abrams shops for groceries

This is what your donors feel like when they’re kept out of the loop in regards to how their money is spent after they donate. They want details about the “product” that your organization is providing, which in this case consist of the good work that you’re doing.

According to Rick Cohen, chief communications officer and chief operating officer of the National Council of Nonprofits, “People give because they believe in the work and the mission of the nonprofit. Continuing to keep that connection front-and-center helps keep donors.”

“You can accomplish this connection, Cohen suggests, by, “staying in regular (but not overwhelming) contact with past donors. Help keep them connected to the work of the nonprofit and let them know how their contributions make a difference.”

In practice, this means creating a regular newsletter mixing solid information about tangible results with powerful images in order to keep your donors informed about the ways in which their money is making a difference in the community that you serve.

Sending out only year-end appeals for more money won’t create the ongoing connection that your regular donors crave, and might even turn them off as being crass and exploitative.

Similarly, sending out too-frequent requests will lead donors to think that what they’ve given in the past isn’t appreciated, which will make them far less likely to donate in the future.

You need to find the proper cadence that will keep your donors informed without inundating them with appeals for their hard-earned money.

Pamela Stoikopoulos, senior communications and public relations manager at VHA Home HealthCare, gives some specific recommendations on what you can do to create a connection with your donors:

“Share success stories. It could be a first-person account of how your organization made a positive difference in someone’s life, for example. Take a multi-pronged approach.

Newsletters and blog articles are always great ways to stay in touch with your donors and share successes, but more and more of us are gravitating to video content as well. It doesn’t have to be big budget to be impactful.”

2. No Visuals = No Engagement (And Lost Donors)

Your donors don’t just want to read about how their money is used, they want to see the impact that they’re making in action. Take lots of quality photos and videos of your work so that you can share it with your donors later.

VHA Home HealthCare regularly updates the company’s blog, using multiple images of their employees and the people whom they serve

Neel Somani of Cal Blueprint notes that, “the nonprofits that take pictures and videos of their work are the best at maintaining a steady flow of donations. The reason is simple. People like to be reminded that their dollar is being used effectively, and imagery is a great way to do that.” 3. Fundraising Events are No Fun (Which Means No Funds)

Instead, consider hosting events where you aren’t solely asking for money, like volunteer opportunities or even just information sessions, where your supporters can meet one another and inform others about your nonprofit’s good works.

Steve Johns, CEO of OneCause suggests that you “try mixing it up and planning a handful of events where supporters can attend without making a donation or where donations are not the primary focus of the event.

“Encourage donors to invite friends … or give them the option to organize a table of their supporters at an event. This will give your supporters the opportunity to show their friends and family that they are involved with a cause that they deeply care about and want to support.”

This will have the benefit of not only fighting back against current donors’ fatigue, but also helping to spread your message out to new prospects who might become donors, themselves.

4. Donors You Don’t Track Can Leave Without You Even Knowing

If you’re just accepting money from your donors without also taking down important information that will enable you to keep track of them, then you’re only doing half the job.

Donors’ crucial data extends beyond the number of dollars they spend.

According to James Citron, CEO of Pledgeling, a digital platform enabling businesses to support nonprofits, you should also be able to track:

This data will enable you to keep up that crucial ongoing relationship with your donors.

As Rick Cohen further explains, “tracking in a database that one donor feels a personal connection to the job training program and another feels more of a connection with the housing program can allow that nonprofit to send out more specific updates related to the work that matters most to a particular donor.

“It also helps ensure a donor doesn’t unsubscribe from updates when they see a bunch of emails on a program they don’t feel as strongly about.” This is why it’s important you keep track of your donors’ preferences and motivations—if you can target communications to them, you’re less likely to overwhelm them with content that turns them off rather than drawing them in.

No matter how much you fight against it, chances are that you’re always going to lose some recurring donors to fatigue and other causes. However, if you just let them go without any further inquiry, you’re missing out on crucial information that can prevent such a thing from happening in the future.

Alexander Lowry, executive director of the Master of Science in Financial Analysis program at Gordon College, advises that, “When you lose a donor to suspected donor fatigue, investigate the details of the situation to find out if there was anything in particular the organization may have done, or not done, to cause it.

“They will feel valued for having been consulted and ultimately depart (or not!) with a more positive perception of the nonprofit. You may find some simple answers to help prevent this from happening again.”

Remember, even when you lose a donor you might be able to win them back, and gaining information about why they’re experiencing fatigue is the only way you can create positive changes that will help alter their decision and prevent others like them from also taking their money elsewhere.

Congratulations! You now have the tools you need to fight back against the biggest causes of donor fatigue. Keep these five tips in mind if you want your recurring donors to stick around:

Most importantly, remember that one of the main causes of fatigue is asking for donations far too frequently. Make sure you’re mixing appeals for money with other forms of content to form a relationship with your donors, so that asking for money seems like one part of a much richer partnership.

Now, if you’re not too fatigued yourself, here’s some other steps you can take to help your nonprofit grow and thrive: 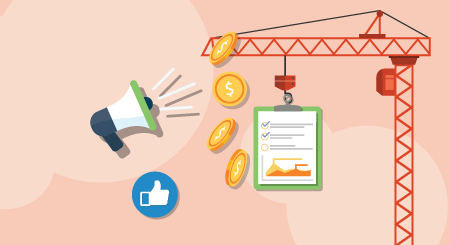 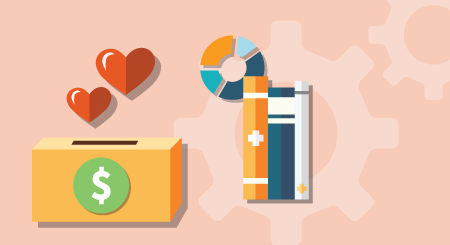 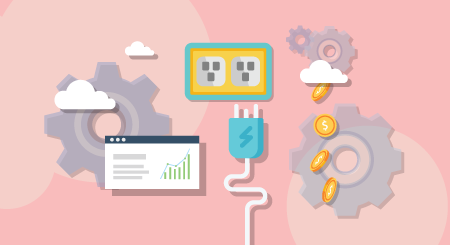 Nonprofit Best Practices: How to Improve Your Organization With Software