Employee turnover—the rate at which employees join or depart from a company expressed as a percentage of total labor force—is a measure frequently used by HR departments to evaluate the health and vibrancy of a company.

Conventional wisdom, which is reinforced by management consultant gurus, idealizes a “low” turnover rate, interpreting it as a sign that management is doing several positive things:

When low turnover is a result of external economic factors, it can disguise management’s true performance and its influence on operating results. In other words, despite conventional thinking, low turnover isn’t always preferable—it can indicate that your employees are poorly selected and trained, overpaid, coddled and complacent.

That’s right. In some cases, high turnover may actually be a good thing.

Check out this video to understand the common motivations and expectations of people who tend to leave their organizations.

1. It Can Improve Your Talent

The pace of technology brings new opportunities, challenges, and demands upon a workforce. Some companies have effectively implemented a culture where employees continually improve or leave. Jack Welch, former CEO of General Electric, implemented a policy of annually evaluating staff in order to “purge” and replace the bottom 10 percent of performers.

While critics deem the policy as cruel, proponents argue that it is essential to effectively compete in a modern world. Whatever your conclusion, one thing is certain: GE has long been recognized for its industry and innovation leadership. According to Thomas F. O’Boyle, author of At Any Cost: Jack Welch, General Electric, and the Pursuit of Profit, Welch, during his tenure at GE, produced more money for shareholders than any other CEO, with the exception of Bill Gates at Microsoft.

And according to Dick Grote, president of Grote Consulting and author of Forced Ranking: Making Performance Management Work, 60 percent of Fortune 500 companies have engaged in some form of forced or stacked ranking, including Microsoft, Dell and Accenture. The process, managed by HR Departments, requires that managers rank their employees according to one of three categories:

Grote believes that classifying employees in this manner is “a very good thing for any organization with 10 employees or more,” as it makes it easy to identify and retain the top performers.

2. It Can Stave Off Complacency

The fruit of failure is sowed in the seeds of success—there’s a human tendency to think that what we did yesterday is good enough to get by today. Complacency is the enemy of every organization, fostering an environment of group-think and an aversion to risk-taking. As Edwin Land, inventor of the Polaroid Camera, said, “It’s not that we need new ideas, but we need to stop having old ideas.”

In hindsight, Land’s company would have been well-advised to seek out engineers such as Steven Sasson, who invented the digital camera two years after his graduation from Rensselaer Polytechnic Institute in 1973. Land’s company, Polaroid Corporation, failed to recognize the new direction photography was headed in and instead focused upon an expensive and obsolete technology for movie cameras. As a result, the company was forced to file for bankruptcy in 2001 and is now merely an administrative shell.

3. It Can Create Incentives to Perform

The growth of bureaucracy is an ever-present danger in any organization. It replaces innovation and initiative with stagnant hierarchies, defensive managers and formalized rules and procedures, all of which are intended to protect the status quo. A program of systematic renewal that stimulates regular turnover through promotions and terminations (“up or out”) in all areas, particularly management levels, ensures an environment of constant opportunity and motivation for remaining employees.

All organizations, even those lauded for their enlightened personnel policies, such as Apple and The Container Store, evaluate individual employee performance in order to identify those worthy of promotion and salary increases and those in need improvement. Using a ranking system with a performance appraisal component adds rigor to the process by forcing reluctant managers to address performance issues.

HR professionals should be advocates for such forced rankings and ensure that the system created is fair, properly implemented in order to reinforce cultural change and includes remedial programs to allow poor performers to improve before termination.

4. It Can Broaden Your Perspective

Western Union, which was founded in 1851 and was one of the 11 stocks in the original Dow Jones Average, dominated its competitors in the late 19th century. Despite this, its management, heady with success, was unable to foresee the potential impact of the telephone. An internal memo from 1876 reads: “This ‘telephone’ has too many shortcomings to be seriously considered as a means of communication. This device is inherently of no value to us.”

The terms “groupthink” or “doublethink,” which is the tendency of members of a group to reach consensus to avoid conflict, was first proposed in George Orwell’s novel “1984,” and subsequently detailed by organizational analyst William Whyte, Jr. Psychologist Irving Janis theorized that the more amiable the sense of group identity, the greater the tendency of a organization to resist outside ideas and censor ideas that conflict with the apparent group opinion.

New employees can bring fresh perspectives, new experiences leading to innovation and breakthrough ideas because they are neither wedded to the old ideas nor to the “way we do things” attitude of established, successful businesses. HR professionals should promote a culture that encourages employees to take risks and gives them the freedom to take creative leaps without fear or judgment.

For example, Josh Linkner, bestselling author on corporate creativity and innovation, frequently cites a software company in Boston that gives each team member two “corporate get-out-of-jail-free” cards each year to foster risk-taking. Extended Stay America, a hotel company with more than 76,000 rooms nationwide, distributes similar cards to its 9,000 employees. The cards allow the holders to experiment and take risks without suffering the repercussions for mistakes associated with them. In fact, at annual reviews, managers question employees if the cards haven’t been used.

Another well-known company with a similar forward-thinking approach is Netflix. Renowned for its creativity and productive culture, the company is driven by a simple management philosophy: Give people freedom, hold them responsible and replace the ones who can’t or won’t perform in that environment. “The only way to get high talent density is to get rid of the people who are out of their depth or coasting,” says Adrian Cockcroft, Netflix’s director of cloud architecture.

5. It Can Help You Stay Competitive

According to Australian American media mogul Rupert Murdoch, “The world is changing very fast. Big will not beat small anymore. It will be the fast beating the slow.” The advantage will therefore flow to those companies that can recognize industry-changing events, project consequences for their companies and quickly adapt to the new environment.

Companies with static employment will invariably fall prey to the Peter Principle: a proposition describing an organization where a significant number of employees have been promoted to a level beyond their abilities and are unable to compete effectively with more dynamic, “hungrier” competitors. Encouraging turnover for employees who are happy with the status quo, least willing to take appropriate risks, or unable to learn from their mistakes will energize your workforce and give you an edge on the competition.

Without careful analysis, employee turnover ratios are not reliable indicators of either the dynamism of an organization or the effectiveness of its HR department. There’s no ideal or “best” turnover rate for any company, no rules of thumb or measures by which to make easy decisions about the “right” number of employees.

Superior HR managers review turnover in relation to the company’s production and profitability goals and develop and implement policies to ensure the best people are hired, trained and motivated to continuously excel on a personal and professional level. The proof is in the pudding, as they say—not in blind adherence to the recipe. 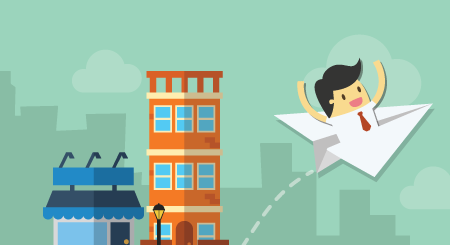