By now, no business owner needs to be convinced that diverse hiring practices are fundamental to business success. It’s well known that a diverse workforce improves workplace culture and bolsters company revenue and employee engagement.

There’s just one problem standing in the way of you building a truly diverse workforce: hiring bias. And everyone has it—even you. 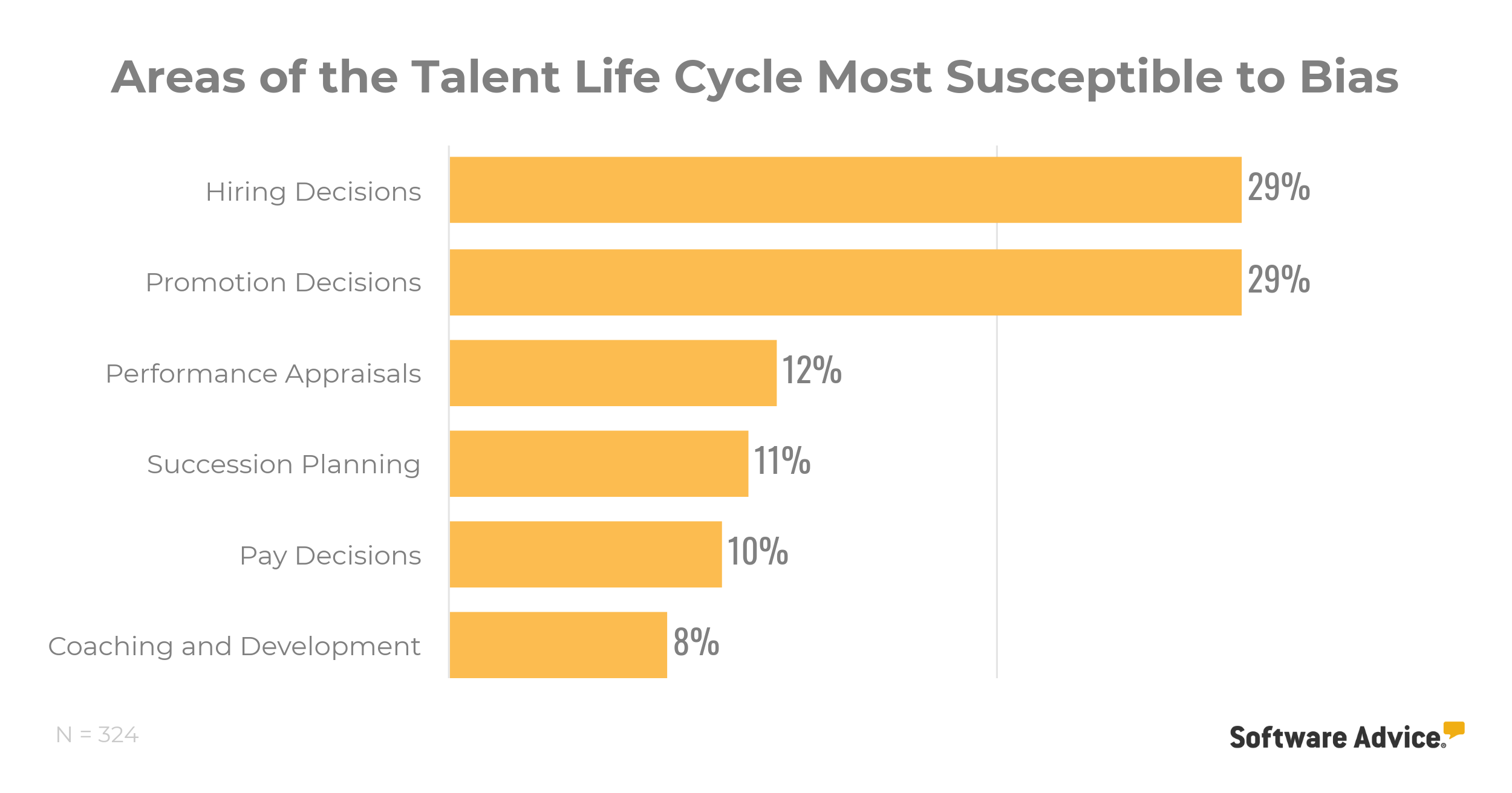 A Gartner survey shows that organizations believe that hiring decisions are one of the processes most susceptible to bias.

It’s not enough for recruiters and hiring managers to aim to hire diversely. In fact, research by Gartner shows that hiring decisions are one of the top areas within the talent life cycle vulnerable to bias (full content available to clients).

So, now you know you have hiring bias and that this affects your ability to hire not just diversely, but intelligently. What’s next? Well, you need to identify your own biases. In the infographic below, we’ll take you through 10 types of cognitive bias that affect hiring decisions to help you pinpoint where exactly you can reduce their effects.

Though you can’t fully eliminate your biases—you are human after all—you can take steps to mitigate their influence. The first step is to become more knowledgeable about different biases so you can get better at identifying when they’re occurring.

Using Gartner as a reference, the infographic below details 10 of the most common cognitive biases that can affect hiring decisions. Now you know about some of the most common cognitive biases that can affect your hiring decisions, let’s take a look at how to reduce bias in the hiring process with a few recommendations.

Hiring example: You might compare candidates to the role’s predecessor—let’s call her Jane. In your eyes, Jane was an exemplary employee, and during the hiring process, you use Jane as the anchor. You judge the candidate on Jane’s attributes, rather than their own.

Recommendation: Assess candidates using structured interviews. This means using the same pre-determined and standardized questions for every candidate. This way, you’ll follow the same framework when assessing each candidate. Many HR tools have built-in interview tools that help you create a more standardized method for interviewing candidates.

Hiring example: Memories can have a significant effect on how you view candidates, to the point where even a common first name can carry bias. If you just broke up with someone named Brad, for example, those negative feelings can unfairly carry over to any applicants named Brad.

Recommendation: Use blind hiring practices powered by software. These tools anonymize certain candidate information (such as name, gender, date of birth and sociodemographic factors) throughout the candidate assessment journey. This way, you’re less likely to rely on your memory bias when assessing candidates.

Hiring example: This happens often in group hiring decisions. Everyone in the group loves a certain candidate—except for one. But rather than voice that contrary opinion—which might irk others or extend the discussion period—they’ll bury what they think and go along with the rest of the group’s decision (which might not always be the right one).

Recommendation: Many applicant tracking systems have built-in interview scorecards which can help prevent a bandwagon effect. Of course, you’ll always have post-interview debriefs, but this kind of standardized scorecard format will help your team adhere to a consistent rating scale—relying on data rather than chatter.

Hiring example: Did you know that 60% of interviewers will make up their mind about a candidate within 15 minutes of meeting them? Once that decision is made, the tendency with everything that follows—e.g., the rest of the interview, calling references, doing a background check—is to spend time confirming that initial decision. Instead of doing a proper assessment, time is spent focusing on good qualities for “yes” candidates or focusing on bad qualities for “no” candidates.

Recommendation: Stick to asking factual questions. This will help you avoid forming opinions on information not related to the role itself.

Recommendation: Avoiding this type of hiring bias is largely a case of using common sense. Avoid drawing conclusions based on small clusters of irrelevant “data”—again, stick to factual information.

Hiring example: Related to our tendency to acquire unnecessary information is the tendency to equate the most information with the best option. If one job seeker proactively provides work samples and their social media profiles with their application, that’s a great sign they have desirable qualities, but it doesn’t automatically make them the best candidate out of the group. Learn more about the others before making a decision.

Recommendation: Again, the recommendation here is stick to the facts. Before any interview, determine what exactly you want to know from the candidate that supports their suitability and fit for the role. Of course, you’ll want to hire for culture fit too, but that can always be determined in a later interview. Don’t overload yourself with information about the candidate in one sitting.

Hiring example: Have you ever come across the perfect candidate for a role, save for one major red flag, maybe a less-than-stellar reference or they were late to an interview? What did you do? If you ignored it because the candidate was too good to pass up, that’s the ostrich effect. That red flag could end up being a huge deal, resulting in a bad hire.

Recommendation: While there is no “perfect candidate”, if you’re considering hiring a candidate in spite of a major red flag, this signals that your talent pipeline is lacking in skilled applicants. You’ll need to examine why this is: Maybe your job ads aren’t clear, or maybe you really don’t know what kind of candidate you’re looking for.

Hiring example: Your team can do all of the right things to surface the best candidate for a position, only for that person to not work out. That doesn’t necessarily mean your recruiting function is broken. Conversely, your team can do all the wrong things and luck into a great hire, but that doesn’t mean you should keep doing what you’re doing.

Recommendation: Even the most tenured hiring manager can make a hiring mistake. Focus on your hiring processes and criteria, instead of the end result, to avoid outcome bias.

Hiring example: The overconfidence effect simply states that even hiring decisions that you’re 100% confident in don’t actually work out 100% of the time. The lesson here? Don’t expedite a candidate through important assessment processes just because you and your team are certain they’re the “one.”

Recommendation: Again, no recruiter or hiring manager makes the right hire every single time. Don’t rush the hiring process, as that’s where this particular bias can creep in. Maintain objectivity, and be ready to be wrong. Provide applicants with a task related to the job to see whether your applicant lives up to your judgment.

Hiring example: This is where sexism, racism, ageism and every other awful “-ism” comes into play.

As we’ve shown, a number of inherent biases in individuals can have a profound effect on their ability to assess candidates objectively, resulting in homogenous—and often bad—hires.

Inherent biases are unavoidable, but process biases are not. Here are some tips and tools to eliminate bias from your recruiting processes and ensure you make the best hiring decision every time:

1. Whip your job postings into shape

If your applicant pool isn’t as diverse as you’d hoped, it could be because of biased language in your job postings. In fact, 36% of job candidates say that job descriptions aren’t clear. Words like “fresh” or “up and coming” can subtly deter older workers, for example, while a term like “salesman” can discourage women job seekers from applying. Reword your job descriptions to broaden your talent pool in this highly competitive talent market.

Biases can easily creep in when the members of your recruiting and hiring teams are left to their own devices to assess applicants—for example by asking different questions during interviews or using different criteria to measure shortlisted candidates. Standardizing these processes company-wide can result in more apples-to-apples comparisons between potential hires.

3. Involve multiple people at every stage

The best way to eliminate individual hiring biases is to take away the influence of the individual. This is especially important for small businesses with only one or two people making hiring decisions.

That means every shortlisted application should be viewed by at least two people, and every candidate should be interviewed multiple times by multiple personnel. Lastly, nobody should have an overriding vote in the matter; every hiring decision should be a majority or consensus decision. Applicant tracking systems can help with this hiring step.

4. Let AI do the assessing for you

If you find your diversity hiring goals are being thwarted by too much human influence, look to software to provide a more unbiased, data-driven approach. Increasingly, recruiting systems are integrating big data recruiting capabilities that can pore through all of your historical recruiting and performance data and recommend the best candidate to hire based on your current top performers.

Now that you’ve learned how to minimize bias throughout your recruiting process, take your strategy one step further with these tips for recruiting diverse talent.

If you’re still unsure which recruiting tool is best for your hiring needs and budget, give us a call at (844) 675-2849. Our expert software advisors offer a free 15-minute phone consultation to give you a full assessment and product recommendations for your unique business needs.

Learn how software can solve your diversity problem
Read Now 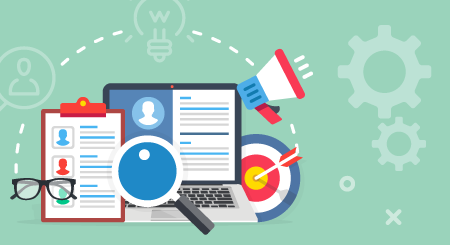 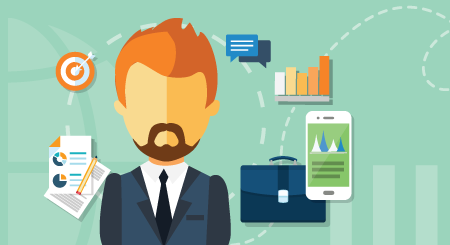 Learn how software can solve your diversity problem