Is InvoiceSherpa right for your business?

InvoiceSherpa is a cloud-based accounting solution suitable for small and midsize businesses. It helps users manage accounts receivable, payment processing, a customer portal and recurring payments. Accounts receivable tools include custom reminders that can be sent via email or text message. Users can schedule alerts for invoices being paid, upcoming due dates and past-due invoices. Clients can view invoices, collect payments and communicate with users through the client portal. Payments can be collected via credit card or ACH using the InvoiceSherpa payment processing module users' existing payment processors. The automated billing module allow users to customize each month for recurring services or products. InvoiceSherpa can integrate with accounting syste... read more

How much does InvoiceSherpa cost?

Which features does InvoiceSherpa offer?

People who reviewed this software give it a 4 star rating for functionality.

How easy is InvoiceSherpa to use and deploy?

People who reviewed this software give it a 4 star rating for ease-of-use.

Still in the free trial, but this software ROCKS!!! Easy to set up, Easy to use, seamless integration with billing software along with immediate response to support inquires.

It keeps track of invoices, so we don't have to.

Easy to use. Easy to set up. It does the work of an employee. Keeps track of our invoices, so we don't have too!

It would be helpful if this software had an option for snail mailing invoices to customers at intervals. 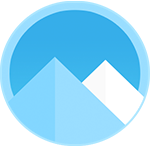 Thanks for the review, we love what we do!

Could have been good, but endless BUGS, speed issues

The BUGS. OMG, hunting down glitches and bugs each month in my billing almost killed me. I had months where subscriptions randomly wouldn't get charged, or the payment would get recorded 2x, the charge amount would be off, or even where customers NOT on autopay got auto-charged - yikes! The deposit report was completely unreliable and inaccurate, such that I had to get direct login access to the payment gateway to be able to do my reconciliation. Tracking down what had and hadn't happened each month was worse than running my subscriptions manually! I kept on hoping that the bugs would get ironed out, but finally bit the bullet (transitions are hard!) and moved to a new software. Aside from the bugs, I really struggled with the interface, and having to click back and forth between multiple tabs to get the information I needed. Plus, loading a new screen or refreshing after new info was added was super sloooow, making this even more onerous. Customer support was initially really great, but I think they grew faster than they could manage, and support went out the window pretty quick.

What I like most about Invoice Sherpa is that emails can be customized to say what you want, include attachments, and sent out on any schedule you specify to whatever customers you choose.

The platform is not very user friendly and if you are not careful, it will send out emails on your behalf that you didn't mean for it to send.

The software integrates well with QuickBooks Online. Easy to use, set it and forget it and has payment integration.

A bit of lack of functionality with small things that I would like the system to do and reports it could generate.