Is Condo Communities right for your business?

What is Condo Communities?

CondoCommunities.com is a property management solution that provides resident and management portals for the condominium management industry. The solution helps homeowners associations (HOAs) maintain communication with residents by sending notices, announcements and newsletters through emails and the resident portal. CondoCommunities.com enables users to upload building documents, by-laws and board minutes for residents. Residents can submit service requests online, and the service request module tracks request records and communication until requests are resolved. Residents can distribute information about community events through the resident portal. The software helps users to manage amenity bookings and payments online. Users can conduct resident surveys,... read more

How much does Condo Communities cost?

It is also available at $79/mo and $109/mo with additional features.

How easy is Condo Communities to use and deploy?

People who reviewed this software give it a 5 star rating for ease-of-use.

Quite an impressive breadth of solution

Over the years, I have evaluated and/or tried a number of Condo Management solutions, including a number of web based offerings. I've found many to be deficient in some or many areas, however the breadth of the solution offered by Condo Communities seems quite thorough. Even more importantly though is that the company appears more than willing to listen to ideas and actually incorporate them into the offering. I find that very refreshing. Sometimes I have given them an idea and shortly thereafter I'll get an email pointing me to "check out this". Often it might look slightly different than I'd expected, but after testing I'd come to understand why they implemented it as they did and understood it was because they were planning for the future needs too. I was particularly happy to see that there were two or three major "gotchas" that I'd posed to other providers that were taken in stride by Condo Communities. Most of those had to do with legacy data loading, which many solutions don't appear to put much emphasis on. These guys got where I was coming from and either already had the answer built in, or they handled it very quickly. Overall a very good solution. My only outstanding issue really is to do with convincing of the Owners/Residents of the value of using such a tool. A presentation to these stakeholders helps, but getting true buy in and adoption is still a tough nut to crack. Many resort to going back to email or phone to make requests, versus using these sort of tools for what they are meant to be used for.

Has facilitated communication with residents at each of my properties.

Increased ability to work on other tasks as it has saved me tons of time trying to compose notices and compile information for residents.

Allows management to communicate effortlessly with residents. All information in one area. User friendly!

Nothing. The interface is very userfriendly, however it could be made a little more visually appealing.

The program is easy to use, the only issue is that you have to log on to view attachments. It would be great if a person can just hit the notice email and open the document or view the full notice rather than having to log on. Spell check automatically would also be beneficial. 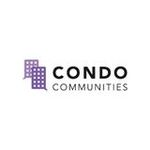 Our new Premier Plus version will allow users to view notices as attachments on email. Appreciate the feedback!

This is an excellent tool to keep the condo records, letters, residents information, contractors info, etc. Excellent tool when you need any info outside of the office. Helpful and timelt customer service.

Software is easy to use and comes in handy, both for Management and Residents.

Software needs some fine tuning to make it easier to manage. For instance, once is unable to copy and paste when writing up a note in Notices free-style page. Some additional features would also be handy such as a section to send items for approval to the Board. System is at times not as fast as one would like it to be.

Thanks for the review. We are always working on additional features and will do our best to accomodate your request.

Condo Communities is filling a very important void between condo residents and their board of directors. Whether it's communicating updates, deliberating over budget decisions, or simply scheduling the availability of amenities, Condo Communities is making these common practices easier and more efficient for everyone involved. We have implemented into our building and the feedback has been fantastic!

Review of the software

User friendly and easy to use the software

I used this product for about 6 months. I was very happy with the overall features available and ability to access information world wide.