Product Overview
User Reviews
Alternatives
ENVISION is Rusada's maintenance management solutions developed specifically for the aviation industry. Its functionality covers the areas of Airworthiness, Maintenance, and Flight Operations, with multiple modules and apps servicing each branch. There are also several supporting modules for areas such as Human Resources and Finance & Accounting within the aviation environment. Modules and apps can be purchased separately or as part of an integrated solution. ENVISION’s modern architecture enables it to connect with a host of 3rd party applications such as SAP. ENVISION is primarily used by airlines and aircraft operators (both fixed and rotary wing), MRO’s, OEM’s and CAMO providers. The system is fully scalable so that any fleet size can be accommodated. ENVISION...
Close 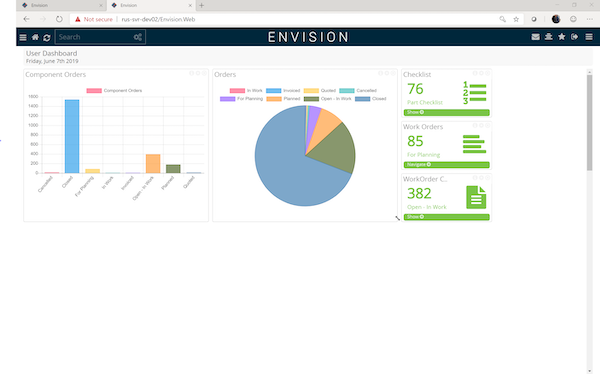 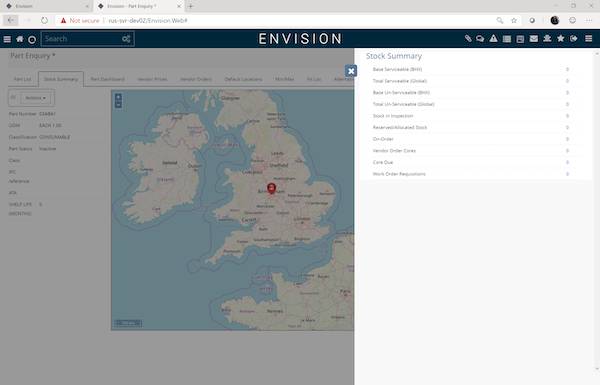 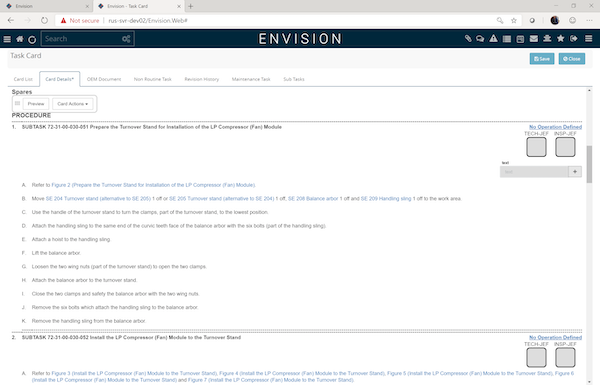 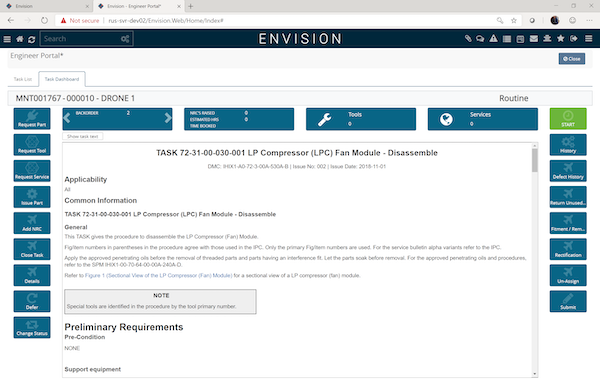 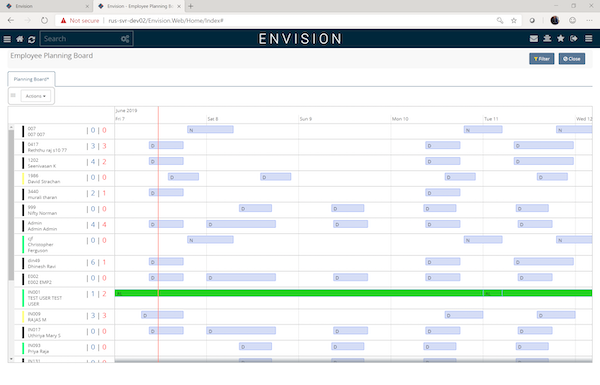 Envision software experience after 4 years of use

Envision have helped us to maintain aviation standards, working with tools that are accepted from different O&G customers.

Perfectly designed for MRO and Operators, all scenarios are covered, modules of logistics, maintenance, operations and tech records have the right tools to perform aircraft maintenance and administrate any type of aircraft fleet. Performance, the software runs fast, no matter quantity of concurrent users (we have up to 40 concurrent users). Easy integration with other apps, using the middleware we can transfer Envision information to other systems like SAP. Customers recognition, Aviation Advisors from different Oil and Gas companies who have audited the company trusts that information managed with Envision complies with standards.

Information exported to excel from native reports can be optimized to allow filtering in excel. Envision could have a customized reporting tool available for end users.

Reasons for switching to ENVISION

Size of the operation increase and we needed a software that already have features for maintenance and aircraft administration.

Envision use at Rusada Envision

I have been involved in 2 implementations of this software at 2 companies. The first company was a larger MRO and it was implemented in 9 months. Aerocare is smaller and as we had a lot of employees with user knowledge of Envision this enabled the implementation timescale to be reduced to 3 months. Aerocare previously used another piece of software and it was an easy decision to move to Envision that provides the flexibility and expedience that is required in our industry.

The software provides all of the functionality necessary to successfully run the day to day business. It provides accurate parts traceability, outside service provisions, and labour bookings.

The help files could do with updating, and be maintained in line with the version upgrades.

Rusada provided a more flexible approach, and were open to make changes to the software as long as they were sensible and enhanced their product offering. Their consultants were all previously employed within the Aviation industry and understood requirements from a users perspective. Value for money.

Reasons for switching to ENVISION

The previous software was not as user friendly and things generally were too slow and too complicated which built inefficiency into the business.

Easy to use Airworthiness Management

Envision is an Easy to use Airworthiness Management software that can handle complex activities. Has an user friendly interface.It has separate modules for department wise related functions & all modules are integrated using data inputs by individual departments.

software does not have an inbuilt module for auto updating of flight hours and cycles from fleet live time view client. Most of the data inputs has to be manually updated by users and large complex data input can take a long time since software do not have have a XML,CSV data feed options. CAMO & MRO functions require lots of report generations due to fast moving industry requirements and customized report generation requires Rusada admin support & it takes lot of time and effort for a successful end report.

Optimizing with the ENVISION system

It is a system that adapts to the demands that the company implements, most of its processes are repetitive and easy for the user, but just as it has other somewhat complex ones, I would recommend expanding the user manual a little more in detail, for a better understanding, personally the system makes me very practical, some details to be resolved, but most of it fulfills the function for which it was designed

It is a system that centralizes all the areas that interfere in the aviation industry, its core consists of optimizing the maintenance control of the aircraft, and allows the user to streamline the processes to carry out their tasks. In the warehouse area, it allows an almost optimal control of the components, tools and consumables, allowing the user a quick and easy location.

The system as such is not yet 100% optimal, due to many bugs, they require launching a version update to be able to solve these details.

It was the system that best adapted to the requirements of the company, fulfilling a greater percentage of the requested demand.

Product is really easy to use, very user friendly and flexible.

All the events are linked to a journey, to get the counters, which is good, but in some cases, such non applicable tasks or components installed before the airline operation, you need to have a full history of journeys to have the right picture.